A batch of rumors surrounding the DC movies has hit the net offering that the J.J. Abrams Superman will be a part of a separate universe involving the Matt Reeves and Robert Pattinson Batman.

Recall at Comic-Con, DC insiders filled me in that J.J. Abrams will be taking on Superman and Green Lantern first in the DC universe, and I was also told some sort of soft DCEU reboot is underway involving Matt Reeves (best buds with Abrams) and the Robert Pattinson Batman as well as James Gunn and The Suicide Squad.

Regarding the Abrams Superman and Reeves Batman possibly existing in their own separate universe along with Gunn's Suicide Squad, interestingly enough Gunn teased that his flick is not a sequel or a reboot. So what is it? Does it exist in its own universe?

It could be possible that Warner Bros. is going to create a new DC universe for Abrams and Reeves, similar to how the Joaquin Phoenix Joker is set outside the DCEU.

Reeves' The Batman already appears to exist within its own separate universe as the casting of Jeffrey Wright as Commissioner Gordon confirms it is not set within the same continuity as the Zack Snyder Batman vs. Superman and Justice League movies. The new rumor offers that Abrams' Superman will exist within the same universe as Reeves' The Batman.

Regarding Superman, I was told J.J. Abrams is going to cast a younger actor.

I was also told all of this may involve the upcoming Crisis On Infinite Earths mega-event crossover, which obviously would be a way to introduce a new DC universe.

Getting back to the rumor, it's claimed that WB is still considering doing a Harley Quinn and Joker movie that could star Jared Leto. While I have my doubts about Leto returning as Joker, at the same time the rumor offers that if Leto isn't happy, which he doesn't appear to be, Joker could always be recast.

It's claimed that Warner Bros. will continue to move forward with darker movies as long as they are a success, and that following Birds of Prey, a Harley Quinn and Joker movie will be next. It's further said to expect additional films centered around Batman's Rogue Gallery -- just that there will be no Batman, with the rumor offering up that the DCEU Batman could be dead (the Ben Affleck version).

Regarding the Henry Cavill Superman, it is also suggested that there will be no Superman, as there are no plans to use Superman or Henry Cavill (something Cavill confirmed at Comic-Con) in any of the DCEU films.

The rumor doesn't offer any more details about how the DCEU Justice League could exist without a Batman or Superman, but says there will be two concurrent DC universes, the DCEU that Zack Snyder launched, and the new DC universe featuring the Abrams and Reeves characters.

We can speculate that the DCEU will simply have movies centering around solo characters that won't crossover into a big Justice League movie so Batman and Superman wouldn't be needed, such as the Gal Gadot Wonder Woman movies will be their own thing, and the Jason Momoa Aquaman movies will be its own thing (The Trench spinoff), which is something a WB exec hinted at.

It's suggested that WB brass is more open to the notion of a multiverse and multiple versions of the same character, which we can speculate is thanks in part to the huge success of the Todd Phillips and Joaquin Phoenix Joker movie. 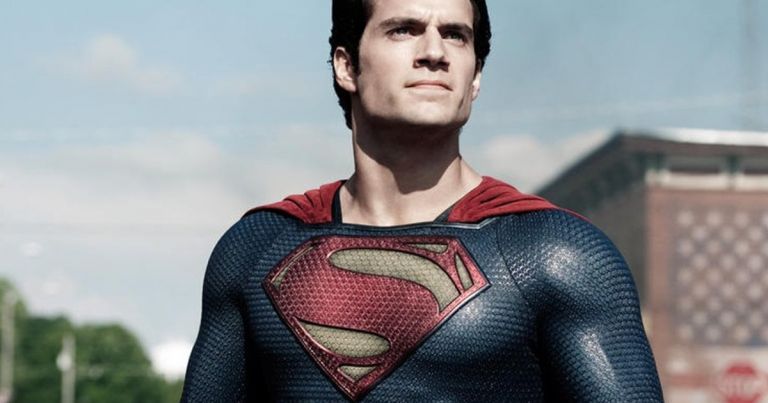 The original plan was for DC multiverse

I'll also add that prior to Man of Steel, the original plan was to have two separate DC movie universes, as Zack Snyder confirmed his Superman would not be a part and would be separate from a Justice League movie universe:

"It doesn't," Snyder replied back in 2011 when asked how his take on Superman fits in with Justice League plans. "Like what Chris Nolan is doing, and what I’m doing with Superman, what they’ll do with Justice League will be its own thing, with its own Batman and own Superman. We’ll be over here with our movie. They’ll kinda get to do it twice, which is kinda cool."

So we see the plans changed and WB decided to try to emulate the MCU by having the Zack Snyder Superman a part of a Justice League DCEU, but now it appears as if they are going with the original idea of a multiverse where they can use the same characters onscreen, but different versions.