Samba TV reveals that almost double the number of households tuned in for Matt Reeves and Robert Pattinson's Dark Knight compared to the four-hour Snyder Cut.

It hasn't been a good couple of weeks for Zack Snyder's Justice League as now it is learned it got absolutely destroyed by The Batman on the HBO Max streaming service.

Samba TV offers up Matt Reeves' The Batman was watched by almost double the number of households compared to the four-hour Snyder Cut of Justice League:

Which begs the question – Battinson or Batfleck? 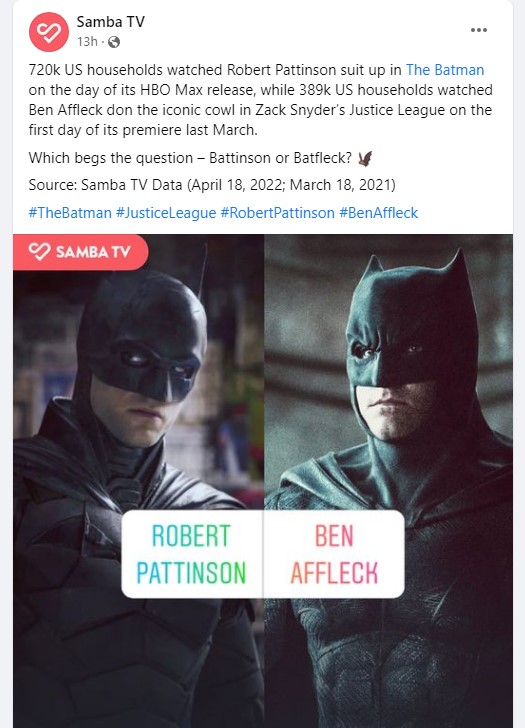 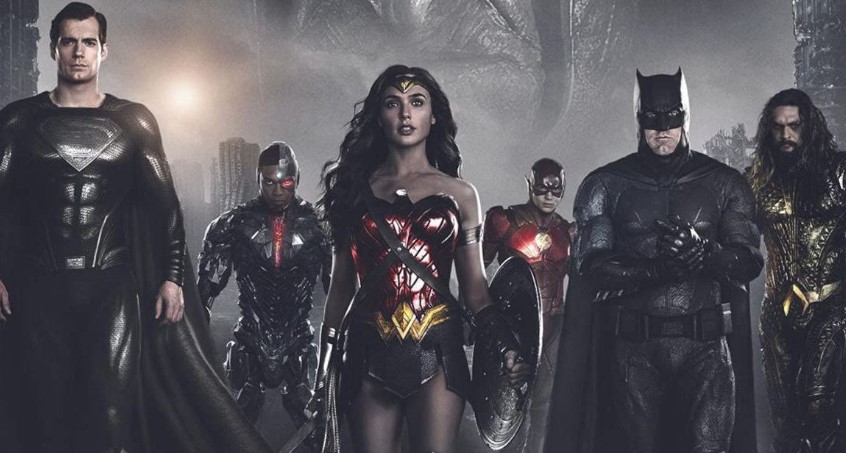 The news really doesn't come as a surprise as it has been reported Zack Snyder's Justice League didn't do anything for HBO Max subscriptions, which is why the flick was green-lit in the first place. It's also been said the film was watched less than Wonder Woman 1984, which was another huge disaster for HBO Max as people actually canceled subscriptions after watching it, which certainly didn't help the Snyder Cut.

This past week or so has also seen YouTuber Grace Randolph offer insider information regarding the Snyder Cut as she said people actually didn't watch the entire four hours of Justice League on HBO Max and stopped watching.

Randolph also claims the recent fan awards won by Zack Snyder's Justice League at the Oscars are a complete embarrassment to Hollywood, and she told the rabid Snyder Cult fans on Twitter to tone it down as they are doing more harm than good.

Samba TV and Grace Randolph's claims seem to sync up as Randolph also said Warners worked with the Snyder Cut fans to promote the stuff, but things didn't work out, which seems the case as Zack Snyder's Justice League apparently didn't get a lot of HBO Max views as well as bringing in subscriptions as was hoped.

Zack Snyder is now at Netflix where he is working on what is thought to be his version of a Star Wars movie with Rebel Moon, and he is also continuing to develop his Army of the Dead universe on Netflix. 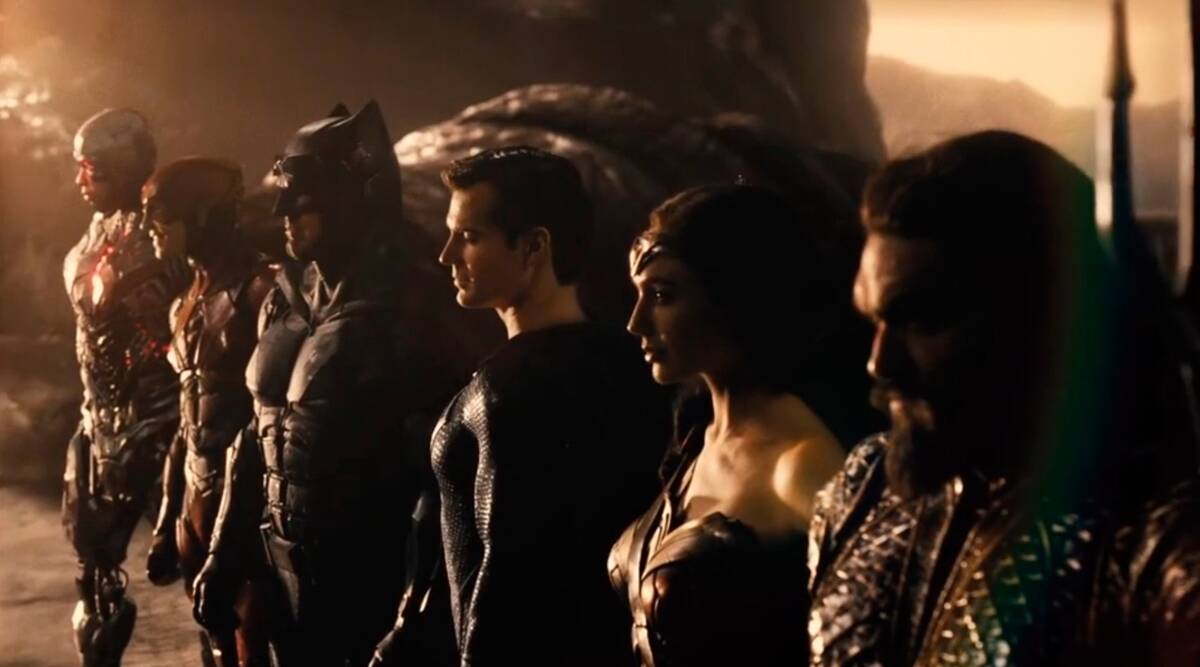 Snyder Verse done for with the release of The Flash

Regarding the Snyder Verse, all kinds of rumors offer it may be done away with in some form with the release of The Flash, as the flick is rumored to reboot the DCEU.

It's also been said Henry Cavill is done as Superman as J.J. Abrams takes the character over, but interestingly enough, Michael Shannon and Antje Traue are back from Man of Steel, so it has been speculated Snyder's Superman stuff may get erased and retconned.

Following The Flash, Ben Affleck is also said to be done as Batman as Michael Keaton becomes the new DC films Caped Crusader, with Robert Pattinson featured in his own separate universe (judging by the numbers above, it seems highly likely).

Due to Wonder Woman 1984 being a huge failure, a third Gal Gadot movie is still said to be happening but seems to be years away, and it's guessed Ezra Miller is done as The Flash with all his recent arrests as of late.

Jason Momoa has Aquaman 2 coming out but the Johnny Depp and Amber Heard trial might give it a black eye (no pun intended), and Ray Fisher is done as Cyborg, but Snyder is bringing him on for Rebel Moon.