Home > Movie News > Snyder Cut Fans Need To Tone It Down; Didn't Do Anything For HBO Max

Snyder Cut Fans Need To Tone It Down; Didn't Do Anything For HBO Max

Similar to Wonder Woman 1984, Zack Snyder's Justice League also did nothing for HBO Max subscriptions, with fans told to tone it down.

The info comes from YouTuber Grace Randolph who has interviewed Zack Snyder, and IMO, has done some shilling for the director, particularly in regards to Geoff Johns (my opinion), but in a recent video posted to YouTube, Randolph says fans taking over the tweets of various DC and Warner Bros. social media accounts isn't helping and may backfire:

"It's so funny, they tweeted about their new logo, and every response was about the Snyder Cut. And I understand you guys, and I understand your campaign was successful before so you want to keep going, but I think you got to be careful. I think there is a fine line and a certain point, you're just killing their social media game, and I don't think that is going to make them like you very much. It's bad. I would tone it down a little bit, guys. I just think it would behoove you. I'm just telling ya. Get more flies with honey than vinegar, and you guys right now are vinegary! "

If I'm a marketing manager or any business person I'm not thinking that at all. I'm thinking "how do we get these guys to work for us To enhance our reach?" https://t.co/ofVKCiJyxu

A fan took to Twitter to comment on Randolph's thoughts and noted, "If I'm a marketing manager or any business person I'm not thinking that at all. I'm thinking 'How do we get these guys to work for us to enhance our reach?'"

Grace Randolph responded to that with the news that the Snyder Cut Campaign didn't get the results they wanted with HBO Max subscriptions, otherwise, if it did, it sounds as if the Snyder Cut stuff might stick around:

Hey, they did! And unfortunately releasing the SnyderCut didn’t drive up their subscription numbers as hoped. That’s the point you guys are missing - they DID work with you and didn’t get the results they wanted. Otherwise they still would be. 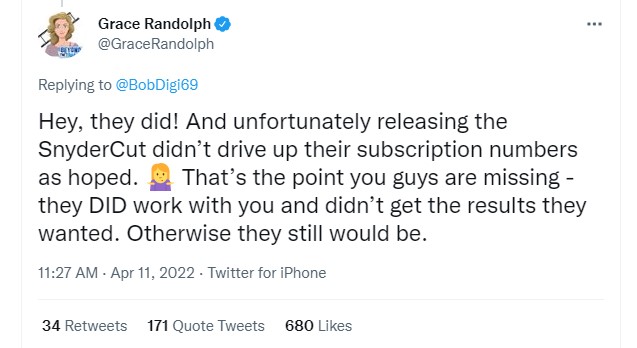 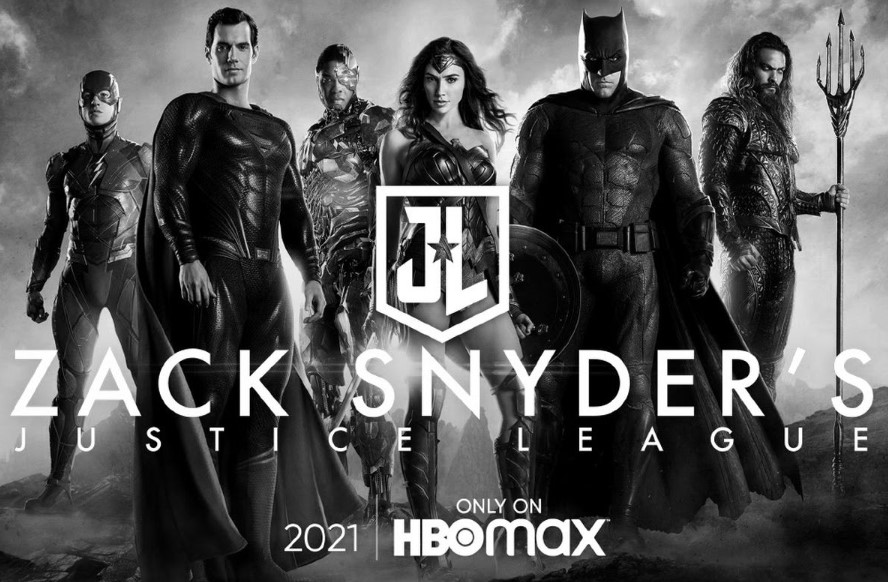 I've said it before and I am going to say it again, why would fans of Batman and Superman, et al, want to see more from Zack Snyder and his Justice League sequels? Zack's "great" ideas were sequels that dealt with Bruce Wayne impregnating Lois Lane where their son becomes the new Batman. I just don't get it at all. It would be like the equivalent of Marvel making a crappy Nova movie and I loved it, or if they did the opposite approach from the Guardians of the Galaxy comic book and made it goofy, and I loved it. Oh, wait.

I also don't like how following HBO Max green lighting the Snyder Cut, that Zack Snyder stabbed a lot of fans in the back, the same type of fans that he directly marketed Man of Steel to. I'd much rather watch The Batman for the third time.