In his first major interview since The Rise of Skywalker, actor John Boyega explains what's wrong with Disney's SJW approach to Star Wars.

Whether Boyega knows it or not, what Boyega explains in an interview with GQ is exactly what's wrong with Hollywood's politically correct approach to its projects, which is to create projects based on political correctness instead of around story:

“It’s so difficult to maneuver,” he says, exhaling deeply, visibly calibrating the level of professional diplomacy to display. “You get yourself involved in projects and you’re not necessarily going to like everything. [But] what I would say to Disney is do not bring out a black character, market them to be much more important in the franchise than they are and then have them pushed to the side. It’s not good. I’ll say it straight up.” He is talking about himself here – about the character of Finn, the former Stormtrooper who wielded a lightsaber in the first film before being somewhat nudged to the periphery. But he is also talking about other people of color in the cast – Naomi Ackie and Kelly Marie Tran and even Oscar Isaac (“a brother from Guatemala”) – who he feels suffered the same treatment; he is acknowledging that some people will say he’s “crazy” or “making it up”, but the reordered character hierarchy of The Last Jedi was particularly hard to take.

What Boyega says is that he was cast by Disney because of his race and the color of his skin, something that also applies to his fellow castmates, but that the story surrounding those characters wasn't any good. The notion those characters went nowhere in Star Wars isn't too surprising as the political correctness was forced at the expense of a quality story. Disney basically said 'we need a Black character, we need a Latino character, an Asian character, women as the focus, and we'll come up with the story later' instead of having something play out organically (story).

This is the same problem that Kevin Feige is now facing at Marvel Studios as Feige attempts to inject PC and SJW agendas into his MCU characters. Don't believe me? An SJW Marvel Studios producer blasted the term "X-Men" because it contains the word "men." Feige is now forcing SJW characters onto his fan base such as the Female Thor and the Brie Larson Captain Marvel, all of which played out in the comics in the past few years and was a complete disaster. Why? Because it was forced to serve up the PC agenda and the story suffered immensely and fans left in droves (sound familiar Star Wars fans?).

We can simply point at recent Hollywood disasters which proves the point: Birds of Prey, Terminator, Ghostbusters 2016, Doctor Who, on and on. 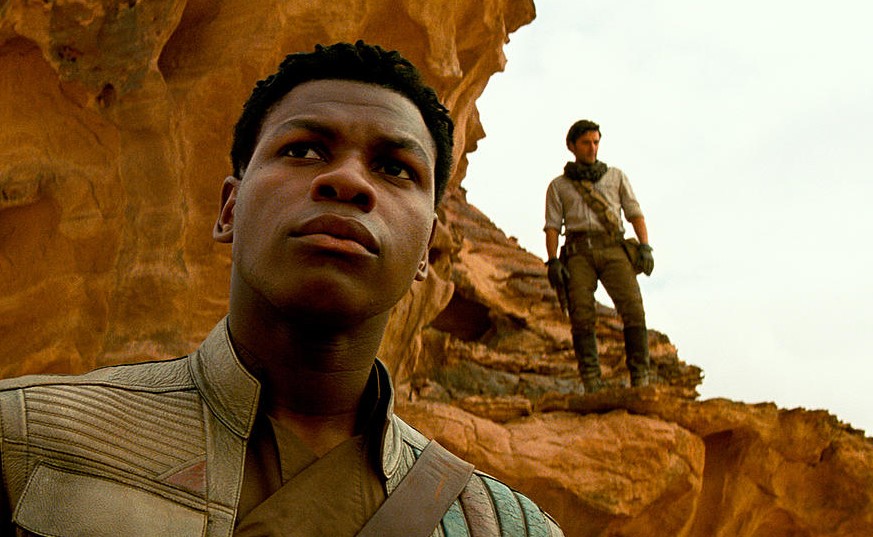 Boyega continues by stating Disney knew what they were going to do with Rey and Kylo Ren (did they?) and insinuates it's because they are white characters, but that is not exactly the case, as Disney could have easily cast a person of color in those roles and the outcome (story) probably would have been the same. Again, what happened is that Disney had their basic (very basic) story ideas down (for Rey and Kylo) but "had" to add political correctness to the movie, which turned out to be a huge disaster:

“Like, you guys knew what to do with Daisy Ridley, you knew what to do with Adam Driver,” he says. “You knew what to do with these other people, but when it came to Kelly Marie Tran, when it came to John Boyega, you know f-ck all. So what do you want me to say? What they want you to say is, ‘I enjoyed being a part of it. It was a great experience...’ Nah, nah, nah. I’ll take that deal when it’s a great experience. They gave all the nuance to Adam Driver, all the nuance to Daisy Ridley. Let’s be honest. Daisy knows this. Adam knows this. Everybody knows. I’m not exposing anything.”

I am of the opinion that Disney's inclusion of PC characters - there were just too many and it was inorganically catering to "everyone" - is the real reason why Disney Star Wars failed. It was again all at the expense of quality story, which is something obviously Boyega is unhappy with as he wasn't at all happy with his character's arc in the three movie saga and rightfully so. IMO, Disney should have nixed either Finn or Oscar Isaac's character, or combined the two. Again, just too many characters in order to serve "political correctness."

Finn had a good start in The Force Awakens, but that was thrown out by Rian Johnson in The Last Jedi for characters such as Rose Tico and Vice Admiral Holdo which took away screentime from the rest of the characters. Thow those two characters away, and, again, I think the Finn and Poe Dameron characters should have been combined but Disney "needed" to have a Black and a Latino character (and Asian and purple-haired SJW characters). 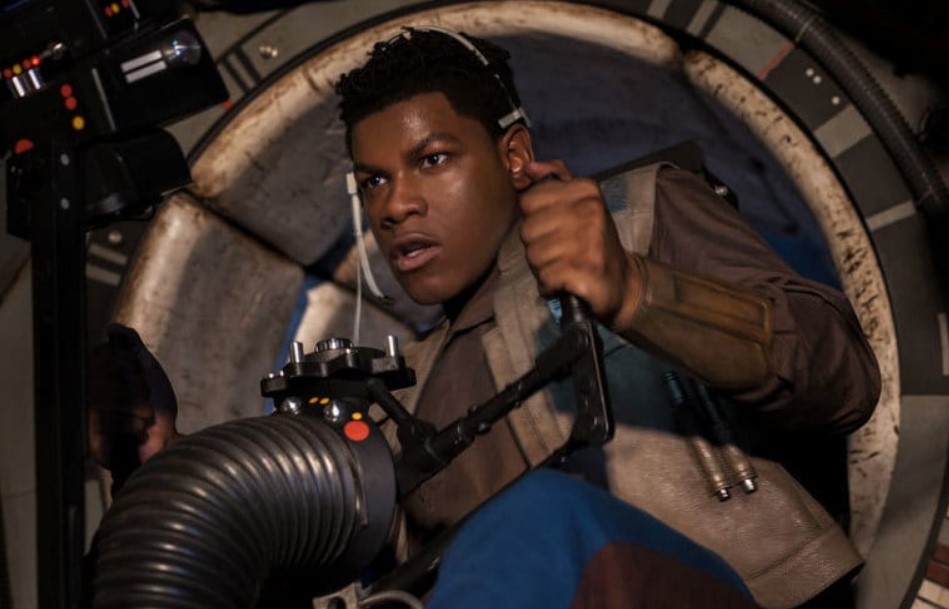 What is also interesting is that Boyega doesn't lay the blame at director J.J. Abrams who cast him for The Force Awakens, and we see Boyega confirms that Abrams was indeed trying to save the franchise with Rise of Skywalker. (something I stated following The Last Jedi) We can also question: Who is Boyega blaming? Disney? Kathleen Kennedy? Rian Johnson?

He is on a breathless roll now, breaking his long corporate omerta to touch on the unthinking, systemic mistreatment of black characters in blockbusters (“They’re always scared. They’re always fricking sweating”) and what he sees as the relative salvage job that returnee director JJ Abrams performed on The Rise Of Skywalker (“Everybody needs to leave my boy alone. He wasn’t even supposed to come back and try to save your shit”). Even though he also acknowledges that it was an “amazing opportunity” and a “stepping stone” that has precipitated so much good in his life and career, he is palpably exhilarated to be finally saying all this. But to dismiss these words as merely professional bitterness or paranoia is to miss the point. His primary motivation is to show the frustrations and difficulties of trying to operate within what can feel like a permanently rigged system. He is trying, really, to let you know what it feels like to have a boyhood dream ruptured by the toxic realities of the world. 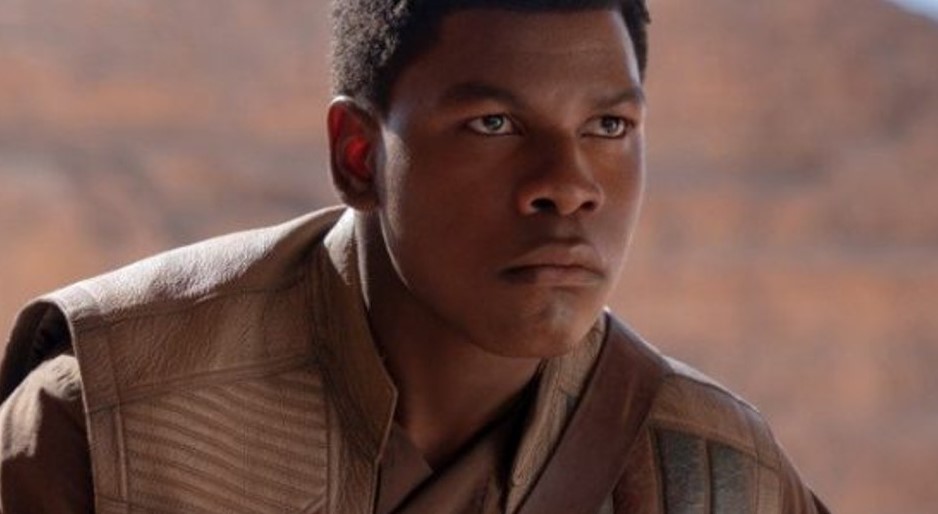 Boyega also says that his race played a big part in how he felt as he was being treated poorly by certain fans (which is unfortunate):

“I’m the only cast member who had their own unique experience of that franchise based on their race,” he says, holding my gaze. “Let’s just leave it like that. It makes you angry with a process like that. It makes you much more militant; it changes you. Because you realize, ‘I got given this opportunity but I’m in an industry that wasn’t even ready for me.’ Nobody else in the cast had people saying they were going to boycott the movie because [they were in it]. Nobody else had the uproar and death threats sent to their Instagram DMs and social media, saying, ‘Black this and black that and you shouldn’t be a Stormtrooper.’ Nobody else had that experience. But yet people are surprised that I’m this way. That’s my frustration.”

Again, all we want is a quality story without all the forced mumbo jumbo which is a huge detriment to the story. Not too much to ask for, right?

I think Boyega probably wants the same (keep that in mind when Marvel tries to cast you, Boyega), and that if Disney Star Wars would have been a success, he would be singing a different tune. So say we all.