Diversity Is Destroying the MCU; Marvel Producer Confirms It's The Future

Marvel Studios and Kevin Feige have taken a drastic and different approach to the MCU when they released Captain Marvel and cast Brie Larson, as the films no longer care about telling a quality story, but instead, only care about pushing a politically correct agenda.

That agenda came to a full realisation with the announcement of Marvel's Phase 4 plans at the recent San Diego Comic-Con which includes Black Widow, The Falcon and the Winter Soldier, Eternals, Shang-Chi, WandaVision, Doctor Strange in the Multiverse of Madness, Loki, What If?, Hawkeye, Thor: Love and Thunder, She-Hulk, Ms. Marvel and Moon Knight.

What that agenda includes is a plan that uses diverse characters, and while of course there are no problems going that route (i.e. Shang-Chi), the problem is that what Marvel is doing is using diverse characters at the expense of other characters, as Marvel and Disney are replacing predominantly white characters with characters of color or even going so far as to swap their gender and sexual orientation.

Female representation, the diversity of it all, is very important because this is the world we live in. There’s so many different people out there and in order for us to relate to them, we have to make movies that are different. We can’t always be about one race or gender. That’s not the way to connect with the world.

I’m looking forward to Black Widow getting her own movie next year, Shang-Chi getting his due. This is the first step to more diverse characters and franchises. I am hoping for more down the line. We have so many characters in the Marvel Universe, it’s a matter of picking which one makes sense to the MCU. In thinking about the future of the MCU and how all those characters are gonna connect, diversity is crucial in our future.

I think we’re heading towards the right direction. Ten years ago when we started making these movies, you probably don’t see much of that.

Again, the use of diversification or female representation isn't the problem, the problem is that Marvel is replacing characters for politically correct, or "SJW," reasons.

Note: Tran, herself, says above, "We have so many characters in the Marvel Universe."

I've said this before: Only the comic book fans will realize the changes for the worse and be disappointed and upset. Why do this? Can someone who interviews Kevin Feige ask him this question? Why replace existing characters? Why?

Wouldn't you want a character to stand on his or her own with its unique identity instead of riding on the coattails of what came before or someone else's history? Case in point is the Brie Larson Captain Marvel, who is based on the classic and iconic character in the comics, Mar-Vell, who was also gender-swapped in the film, which means fans of the comics for decades will never get to see the character.

On the flip side, fans will always dislike Brie Larson as Captain Marvel for being a replacement character. The same can be said for Maria and Monica Rambeau in the film, as they, too, are characters that will never get the chance to shine as the movie had Maria be the stereotypical black single mom, with the film even going further to ruin Monica by having her looking up to Brie Larson. The political correctness continues in the Eternals movie, which sees classic Jack Kirby-created characters get replaced, including my favorite Eternal, Makkari, a speedster who is best buds with one of another of my favorite characters, Quasar, and now I won't ever get to see the proper version of the character in the movie.

Instead, Disney, Feige and Marvel have replaced Makkari with a politically correct actress and character, Lauren Ridloff, the former Miss Deaf America. The founding member of the Eternals, the male character Ajak, is also replaced with a female actress, Salma Hayek. Feige has also confirmed a character will be gay, when he argued, "He’s married, he’s got a family, and that is just part of who he is.” 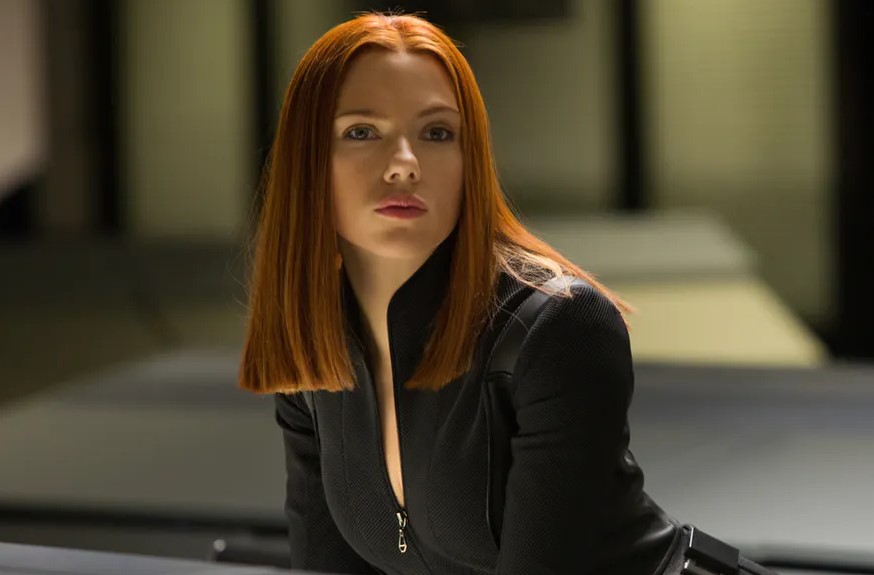 Regarding the Black Widow movie, a writer on the film, Jac Schaeffer, who also helped write Captain Marvel and is the showrunner of the Disney Plus WandaVision series, which leads into Doctor Strange in the Multiverse of Madness, publically came out and said she doesn't like superheroes or comic book movies. Why is she then involved and writing these films and shows? The answer is because she is promoting the politically correct liberal agenda (via Inverse):

Schaeffer has a bold vision for superhero movies of the coming decade: more sympathetic villains, less glamorization of weaponry, and stronger representation of marginalized voices. To comic book movie fans who prefer ultra-violent shoot-outs, 100 percent-evil villains, and casts that look like they did a decade or two ago, Schaeffer says, “I’m not interested in adhering to comic canon that is discriminatory in any way or that violates my values system.

“I wasn’t a huge superhero movie fan before starting to work [at Marvel], but now that I’m doing it, there’s just so much opportunity to make big, positive statements,” Schaeffer says. “Especially something like Captain Marvel and Black Widow, to have these female-centered stories — I just can’t not be involved in that.”

I would like to see alternatives to violence in superhero movies.” She added, “Maybe I would qualify that by saying, alternatives to glamorizing guns and weaponry. That’s one of the reasons that I love Captain Marvel — it’s all about inner power. And the destruction is not at the expense of human life.” The Falcon and the Winter Soldier

The Falcon and the Winter Soldier is sounding just as bad or even worse, which as seen at the end of The Avengers: Endgame, has Anthony Mackie as the new Captain America.

Instead of providing a quality story - where the U.S. government might want to take down Falcon as the new Cap because they can't control him, which sees Falcon go to the Winter Soldier for help, with the U.S. government sending John Walker after them - instead the series is playing a race card where it is exploring people's reactions to Falcon being a black Captain America (as confirmed by the writer).

Earlier also saw Anthony Mackie recommend Kristen Stewart as the gay female Falcon Captain America, this after Stewart blasted Marvel for not hiring her because she holds hands with girls, which of course she backtracked on.

So instead of exploring Falcon and Winter Soldier on the run, and the fact that Winter Soldier wasn't chosen as the new Cap due to him being brainwashed, Disney, Marvel and Feige are giving us some sort of PC-driven story about people not liking a black Captain America?

It just proves my point how they are taking away from the story in order to push an agenda on the fans. 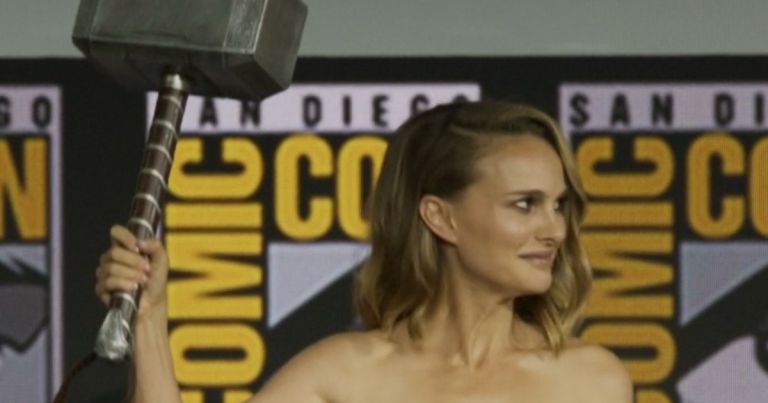 Loki, Hawkeye, Thor, She-Hulk, What If?

Loki, too, is said to be going in a different direction, with rumors pointing to Tom Hiddleston more or less being the narrator as, since Loki can shapeshift, his character will be shown as gay and female and what have you, played by different actors.

Thor: Love and Thunder will feature Natalie Portman as the female Thor, with Tessa Thompson also having confirmed her character, Valkyrie, will be trying to find her queen of New Asgard.

We can only imagine what Disney and Marvel will do with the She-Hulk Disney Plus series (just look what they did with Hulk in Avengers: Endgame), and the Ms. Marvel series will feature another politically correct replacement character (one that is awful and can't sell a comic book) with Kamala Khan.

Regarding the What If? animated series, I don't have as much of a problem with the characters and stories getting changed as that is what "What If?" is all about, but confirmed episodes include Sharon Carter becoming the Captain America of England as well as Chris Pratt's Star-Lord becoming a black dude in the Guardians of the Galaxy movie (admittedly Marvel Zombies looks really cool). How about we see a white Black Panther or Luke Cage? I doubt that will happen (I don't want to see that, anyway). As it stands, Shang-Shi and Moon Knight look to be the only good things to come out of Phase 4, but of course, it is too early to tell as not much info has been given out about those projects, but the Shang-Shi director did recently say he is open to using Captain Marvel in the film, as he has worked with Brie Larson in the past, so Shang-Chi could be out the door as well.

Again, some of you can call me all the names in the book that you want, but the fact is the MCU will suffer because of this forced agenda because the story will suffer. A prime example of that is what Disney did to Star Wars, as it literally tossed out the original characters in favor of promoting a liberal agenda for the new characters, which saw the story suffer at the expense of political correctness, with fans revolting in droves.

The same will happen to the MCU, but my guess is that it will just take longer.