Following the long Holiday break, the Crisis ratings take a hit as not as many fans returned to watch the two-part conclusion compared to the first three parts, at least live.

Tuesday night's two-part conclusion only averaged an estimated 1.375 million viewers, while the first three parts from early December managed to average around 1.6967 million viewers, a difference of 321,700 viewers.

The numbers also down from last year's Elseworld's crossover that averaged 2.02 million viewers (worth a mention is that Elseworlds was only three parts with no break).

It's possible that the viewership could see an uptick in 7-day viewings as DVR and streaming views could play a major factor.

Various YouTubers that have ripped scenes from Crisis do show hundreds of thousands of views, so it seems the interest is there. 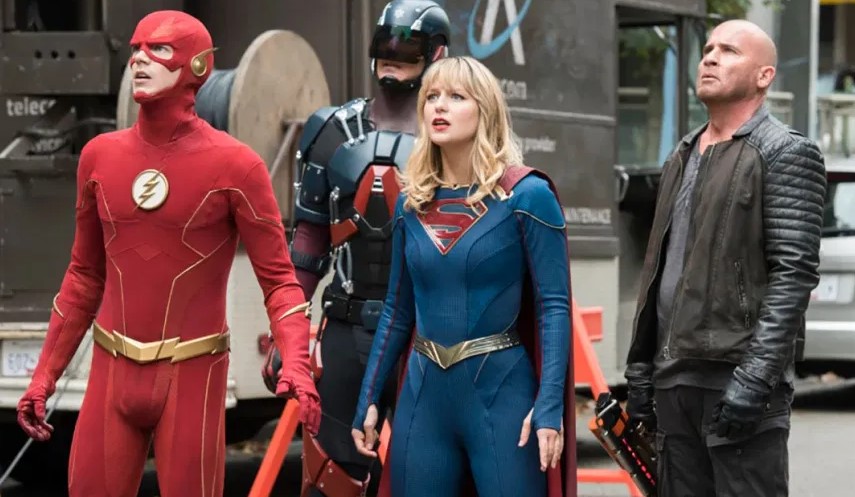 Crisis not as big as previous CW DC crossovers

That said, a lot of fans were disappointed by the Tom Welling appearance in Crisis, as Welling refused to don the Superman suit, which could have been a big turn off.

The long break between Crisis also didn't help, as the ratings dip for the Arrowverse shows every time they go on hiatus (no idea why The CW does this).

I also think the story wasn't as good as previous crossovers, though obviously the fan-service was cool.

I also have to tip my hat to the creators behind Crisis as they didn't spoil the Ezra Miller The Flash appearance, though I did say a DCEU connection was happening over the Summer.

All in all, I was pretty happy with Crisis; it didn't blow me away, but it was entertaining.

While the ratings have been low, no worries as The CW has already renewed all their DC shows and has ordered a Tyler Hoechlin Superman series.

It also became known that WB requested the use of Ezra Miller, who will be going on to star in a Flashpoint movie.