Confirming my Comic-Con scoop, tonight’s episode of Crisis On Infinite Earths features Ezra Miller as The Flash and connects to the DCEU.

Watch the footage below!

While at Comic-Con, I spoke with various DC insiders who offered that Crisis On Infinite Earths would connect to the DC movies, TV and streaming services, as well as the DCEU, as plans are in place for the big Warner Media HBO Max streaming service.

I also first revealed that Tom Welling would appear in Crisis, and while at Comic-Con I was also the first to reveal plans for J.J. Abrams to tackle Superman and Green Lantern.

I was told that it’s all going to be connected and that additional DC shows would be coming to HBO Max.

Regarding the appearance of Ezra Miller as The Flash in Crisis On Infinite Earths, Oliver Queen as The Spectre unleashes the Grant Gustin The Flash’s full potential as a DC Speedster which enables the Gustin Barry Allen to enter the Speed Force from the Vanishing Point. While traveling to the Speed Force, Barry and co. are attacked by the Anti-Monitor. Oliver reveals to Barry that the only thing keeping them alive is the connections of their memories and that Barry has to find the rest of the group inside the Speed Force. Barry then travels to STAR Labs where he encounters none other than the Ezra Miller version of The Flash from the DCEU.

Both are surprised to see each other, but the Ezra Miller version appears to know nothing about the ongoing Crisis.

“What the hell is this?” the DCEU Scarlet Speedster questions.

The CW Barry Allens says that he has been asking himself the same question and that this can’t be happening and asks the DCEU Miller what he is doing here.

“I’ll tell you that when you tell me where here is,” the DCEU Flash responds. “Is this cosplay? Oh, do you want a selfie?”

The CW Barry then tells the DCEU Barry that he is The Flash and then the two proceed to complement each other’s costumes. 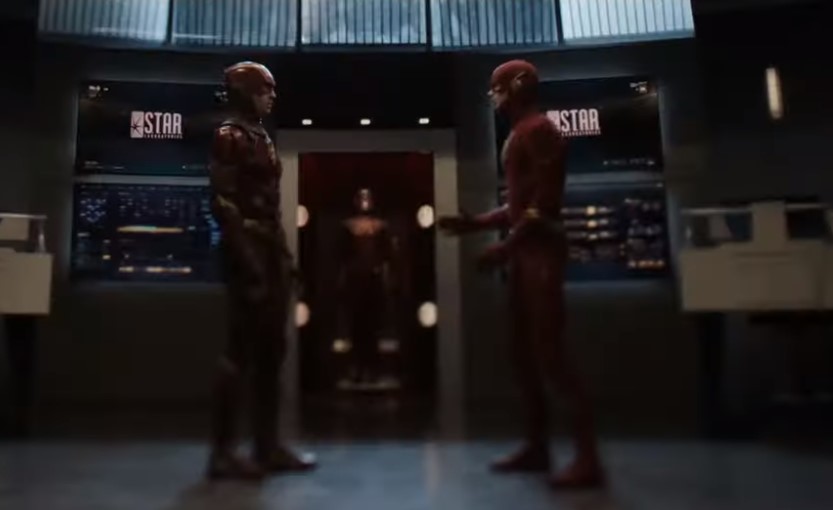 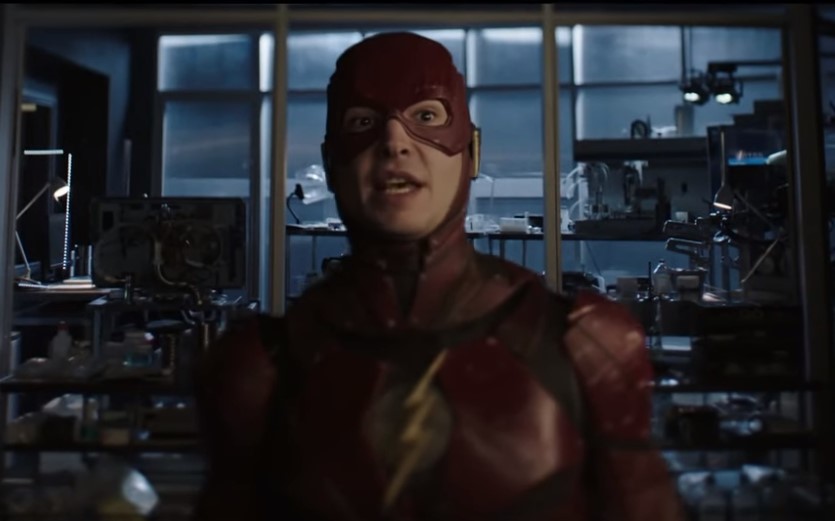