Following the recent Batman vs. Superman live-stream, director Zack Snyder announces a Man of Steel watch party will be held on Wednesday.

Zack Snyder announced the news Monday on the Vero app.

“Many of us are struggling during this difficult time. Felt it could be cathartic to come together now for a Man of Steel Watch Party and celebrate the ultimate symbol of hope. Submit some questions. I’ll answer a few after,” said Snyder along with the hashtags: #onmyworldmeanshope #manofsteel #superman.

The Man of Steel Watch Party can be found at the following link: https://vero.co/events/man-of-steel-watch-party.

“Watch Man of Steel alongside its creator, director Zack Snyder,” states the website. “Have your copy of the movie to hand, hit play when Zack does, and experience the movie like never before thanks to Zack’s commentary.” 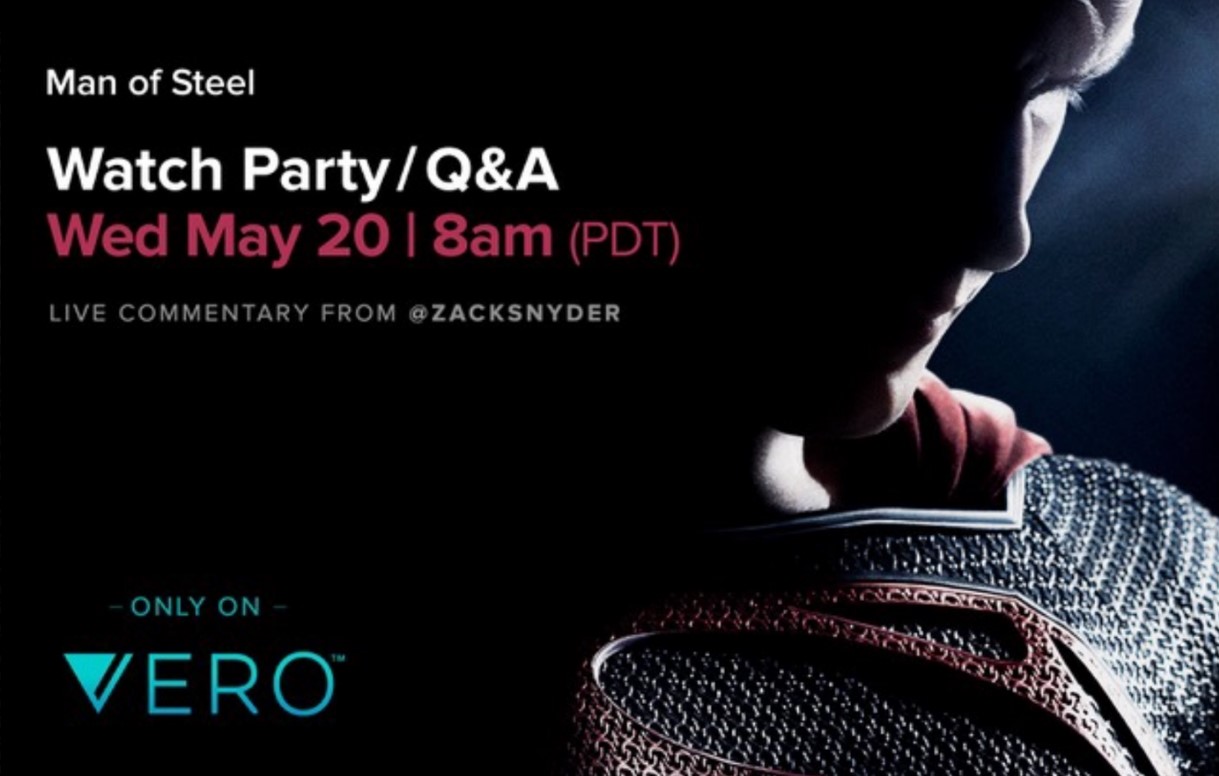 Man of Steel debuted June 12, 2013 and introduced audiences to Henry Cavill as Superman; the flick brought in $668 million worldwide and led to Batman vs. Superman, Suicide Squad, Wonder Woman, Justice League, and Aquaman.

Things I hope Zack addresses includes the Pa Kent death scene, as why didn’t Superman save his dad (I argue Clark has always been Superman)? I also want Zack to address why Superman killed Zod (not much of an “ultimate symbol of hope” there).

I also would like Zack to tackle what happened with a Man of Steel 2 as following Man of Steel‘s big opening weekend there was talk of a sequel, but instead, they went with Batman vs. Superman.

Zack’s Batman vs. Superman Watch Party was pretty cool which saw Zack tease not only his “Snyder Cut” of the Justice League movie, but also his five-story arc, Martian Manhunter details, Mother Boxes, and the death of Jimmy Olsen.