It's claimed that the head of Disney, Bob Chapek, is butting heads with the head of Marvel, Kevin Feige, over the woke approach to the Marvel Cinematic Universe.

The rumor comes from YouTuber Doomcock who previously offered up information about the problems surrounding Captain Marvel and Brie Larson, and then as we saw with the sequel, "Captain Marvel" was dropped from the title and Feige brought in two new actresses and characters to star alongside Larson who appears to be trying to rebuild her image. Doomcock has also gone in-depth about the problems surrounding Kathleen Kennedy and Star Wars, and just today it was learned that the Patty Jenkins Rogue Squadron movie has been delayed indefinitely, which is among a host of previous problems with the franchise.

The following information was also released prior to it learned this weekend that Feige's Eternals movie has underperformed at the box office and is the second-worst opening for an MCU movie, which follows both Shang-Chi and Black Widow underperforming as well.

As I wrote two years ago, Feige's woke approach is going to destroy the MCU, and according to this rumor (and box office receipts) that is exactly what is happening which has seen Disney CEO Bob Chapek react who is now feuding with Feige over Feige's ideas to destroy and replace the original Marvel characters with new versions of characters.

Evidence of Kevin Feige's agenda can be seen in the Captain Marvel movie where classic comic book characters are replaced with woke versions and where the film takes an obvious anti-male approach to things while at the same time retconning the history of the MCU to inject that woke content.

Further evidence comes from how both Hulk and Thor were used in The Avengers: Endgame, which saw Hulk and Thor become goofy, lesser versions of their previous stronger selves, with rumors also offering Banner can no longer transform into the Hulk in the She-Hulk Disney Plus series (She-Hulk replaces Hulk), Renner gets replaced as Hawkeye in the Disney Plus series, and of course, Thor 4 features Natalie Portman as the female Thor. We can also add that in Black Widow, Natasha was made fun of and made to look bad by her replacement character, Florence Pugh's Yelena Belova. Also recall how Marvel producer Victoria Alonso, whom Feige just promoted, is against using the title "X-Men" simply because it contains the word "men," how Doctor Strange was dropped from WandaVision because he is white, and how Robert Downey Jr. and The Avengers actors and characters weren't used in Black Widow because they are male. 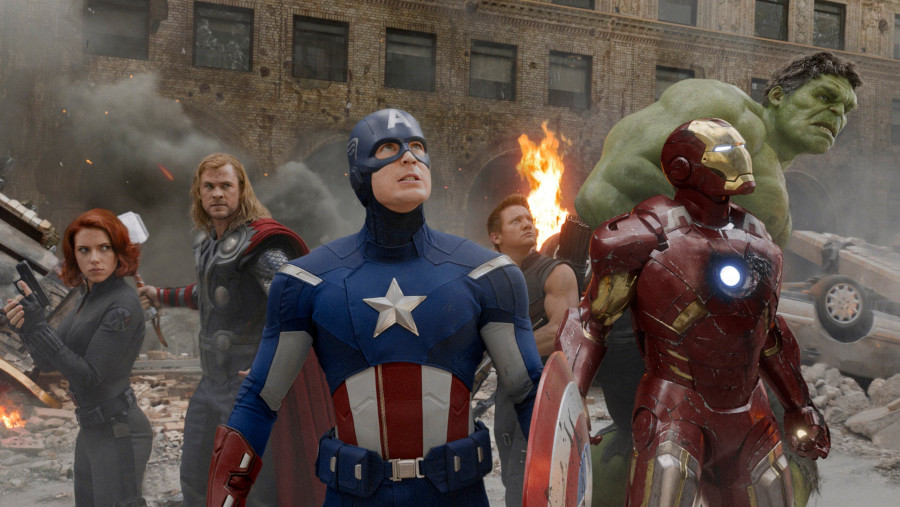 Doomcock claims a high-level source says Disney CEO Bob Chapek and head of Marvel, Kevin Feige, are feuding, and that the following leak may have actually been sanctioned by some high-level person within the Disney organization, where we can guess the source is apparently unhappy with Feige and the current state of Marvel (possibly a Disney investor?).

"This source confirms as well that Bob Chapek may have had it with the whole wokeness thing particularly when going woke means going broke," says Doomcock. "About a year ago the Walt Disney board was holding a meeting. This was about the time when Bob Iger was still attending meetings and of course, Bob Chapek was there as well, and they were getting pitches on upcoming shows, development updates, and what not. Things were moving along, and when it got to be Feige's turn, he started his spiel and during his presentation, Bob Chapek interjected and asked Feige, 'So now that you killed Iron Man off, who are you going to replace Iron Man with and when are you going to replace him exactly?' Kevin looked at him a moment and then replied he was going to replace Tony Stark with Riri Williams. To Kevin's shock, Bob Chapek knew who Riri Williams was and how badly her comic run had done."

Regarding the comics, the last ten years or so, most likely to sync them up with Feige's woke plans for the MCU, Marvel Comics replaced original characters with woke versions, something which David Gabriel, Marvel's Senior Vice President – Sales and Marketing, confirmed back in 2017 had been a big failure for the company, with titles including Ironheart and Ms. Marvel.

"Chapek expressed skepticism about the move to replace a proven successful character with one that couldn't even sustain a series past twelve issues," explains Doomcock. "According to my source, Feige was surprised that Chapek knew the score. Feige essentially told Chapek, 'Don't worry about it. I can make it work.' But this was not the end of the discussion." 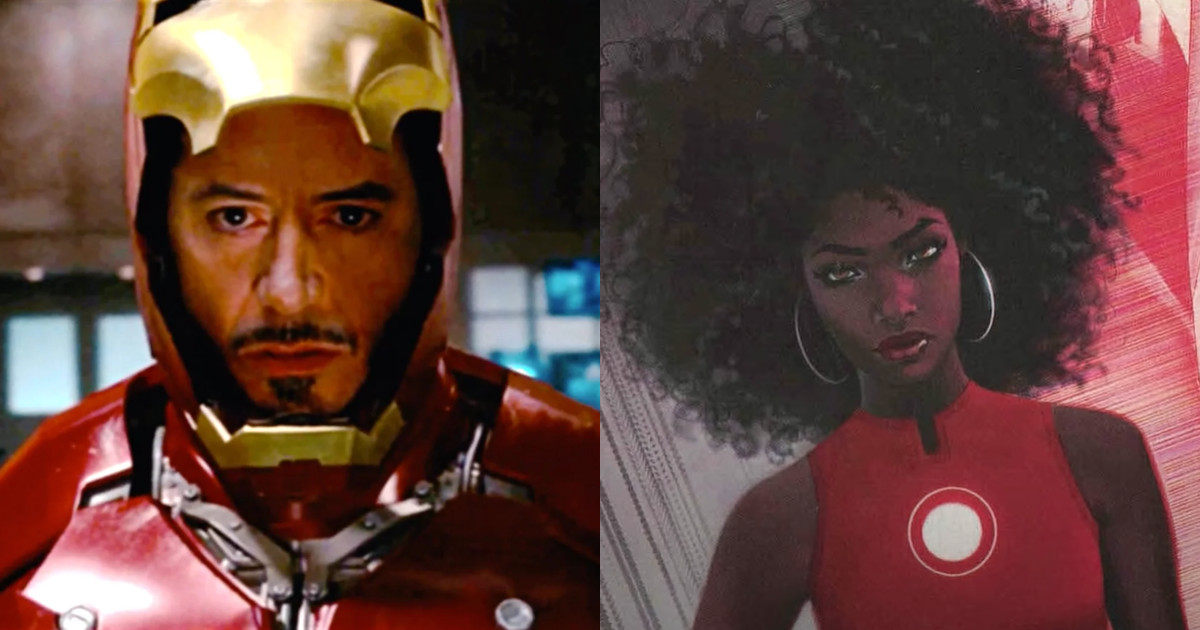 Doomcock goes on to claim that this is when Bob Chapek and Kevin Feige began to butt heads because they began to argue over Riri Williams as a big loser to invest in, as Feige's big plans involve using Riri Williams as the replacement for Tony Stark and Iron Man, and argued about Star Wars and what was happening to that franchise. They also argued over Feige stating using characters such as Riri Williams and Kamala Khan is more economical than using characters like Iron Man and Captain America, and when questioned about it, Feige in his arrogance said because it's him and Marvel, it will work (but again, the box office for Shang-Chi and Eternals suggests the opposite).

"So Feige was trying to pitch this kind of crap hoping the Disney board wasn't aware of the bad sales of characters like Ironheart and Ms. Marvel in the comics. Well, Bob Chapek was on the ball. He was already aware of Feige's plans. He had done his due diligence and knows this a losing strategy," says Doomcock. "[Chapek] called Feige on it, but Feige still had too much juice to be derailed in his disastrous course but Chapek is, according to sources, taking the long view and playing for [inaudible]," says Doomcock. "Chapek knows Feige is trying to use the original heroes to prop the underperforming third-rate heroes that appeal to SJWs and no one else." 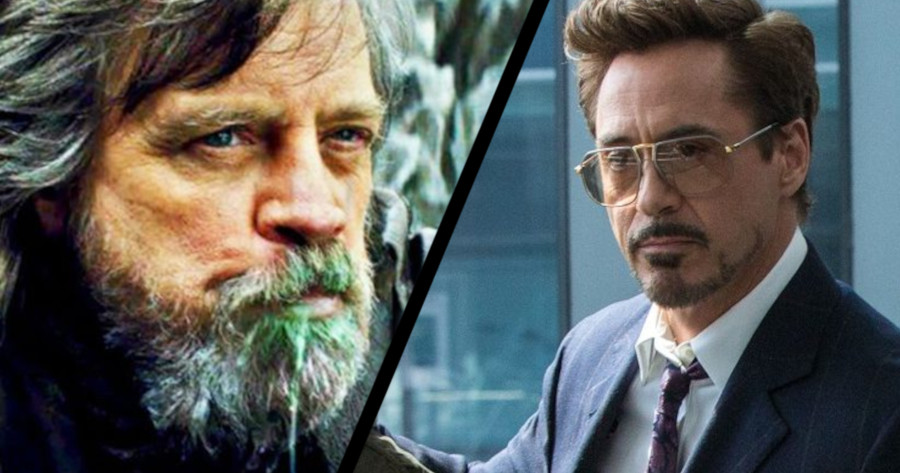 Regarding Star Wars, it's further claimed that Bob Chapek is dead set against Kevin Feige ruining the Marvel characters similar to how Star Wars ruined Luke Skywalker, that Chapek didn't particularly want Tony Stark and Iron Man destroyed (my thought: Chapek may want to "James Bond" Iron Man with another actor instead of replacing Iron Man with a woke substitute) and that Chapek may be using a recent copyright lawsuit to block Feige's plans.

"So apparently, Chapek is using the lawsuit to prevent Feige from artificially inflating the success of these projects by incorporating and exploiting the actual star characters, ruining them in the process," explains Doomcock. "For example, Chapek reportedly doesn't want to see Tony Stark degraded in an Ironheart series like Luke Skywalker was degraded in The Last Jedi, in order to artificially boost the status of Riri Williams as a cheap shortcut to popularity. For one reason, it doesn't work, and it just leaves the original popular hero degraded, damaged, and devalued. In other words, Kathleen Kennedy and Ruin Johnson wanted to degrade Luke Skywalker, make him grovel and suck on space manatee teets and bump him off as a way of making Rey the 'bestest' ever. And so degrading Tony Stark with a flashback, a hologram, or a simulation to make Riri Williams the 'bestest' Ironheart ever isn't going to wash with Bob Chapek, if this rumor is true."

Doomcock continues, "So Chapek is taking steps to foil Feige by pointing to the recent lawsuit involving ownership of the original Marvel characters to say, 'No, Kevin. You can't use the original heroes to prop up the shitty characters you're bringing into these movies until this copyright lawsuit is settled.'"

It's claimed that while Tony may be featured as a hologram in Ironheart that he won't be referred to as Iron Man in any way until the lawsuit is settled.

"Chapek gets cover for what he wants to do, protects the integrity of Iron Man, and foils Feige's plans to pull the 'bestest' ever over on Tony, and thus the feud is allegedly raging on," says the popular YouTuber. 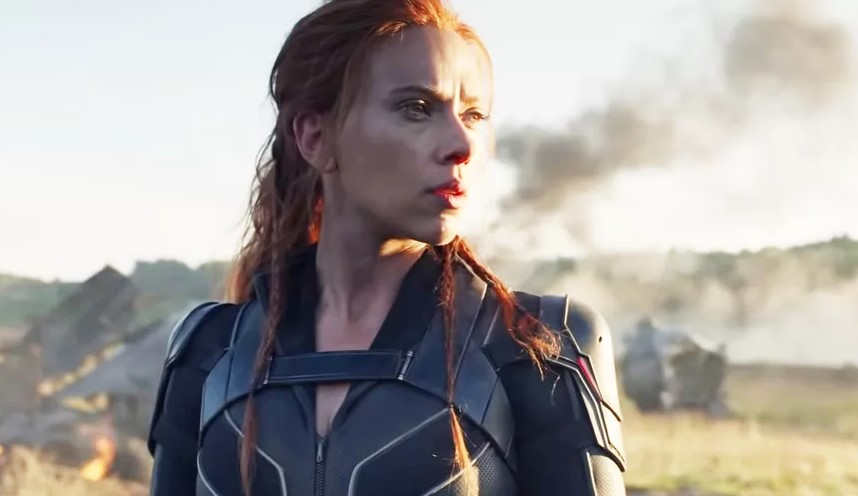 Doomcock's source also suggests the recent lawsuit filed by Scarlett Johansson against Disney may have originated because of this feud in a "kind of 4D chess that Chapek is playing."

Doomcock's source says: "And just for fun, let me add one more thing in what I told you guys about ScarJo. Let's suppose Kevin and ScarJo's agent told Jo, 'Hey, you are going to lose a lot of money because Black Widow is on Disney Plus.' And let's say, instead of Jo being an idiot, she called Bob C. and they may have had a meeting, just those two, where Jo told Bob C. what Kevin and her agent had told her, and Bob C. told her to go along with it, and Kevin walked right into a carefully placed trap which he is still in."

Doomcock adds, "At which point my Hollywood source is asked, 'So you are saying Jo backstabbed Kevin?' To which the source replied, 'You guys are just going to have to figure that out [heh] for yourselves.'"

Worth a mention is that Scarlett Johansson and Disney have resolved the lawsuit and it was recently announced the Tower of Terror movie is still happening.

“I’m very pleased that we have been able to come to a mutual agreement with Scarlett Johansson regarding Black Widow,” Alan Bergman, chairman of Disney Studios Content, said in a statement at the end of September when the lawsuit was settled. “We appreciate her contributions to the Marvel Cinematic Universe and look forward to working together on a number of upcoming projects, including Disney’s Tower of Terror.”