As if you needed any more proof that the MCU is all about wokeness going forward, Kevin Feige comes out and admits Marvel didn't use Benedict Cumberbatch as Doctor Strange because he is white and a male.

In an interview published by Rolling Stone magazine, Feige reveals they cut Doctor Strange and had to rewrite WandaVision because the character is a "white guy":

"Some people might say, 'Oh, it would've been so cool to see Doctor Strange.' But it would have taken away from Wanda. We didn't want the end of the show to be commoditized to go to the next movie - 'Here's the white guy, let me show you how power works.'"

So this meant a rewrite had to happen where Feige describes Marvel's overall process as:

Of course, the "chaos magic" line is a reference to the magic wielded by the two female characters in the show, Elizabeth Olsen's Scarlet Witch and Kathryn Hahn's Agnes.

Update: Here is the excerpt from the article where it is also confirmed Doctor Strange 2 had to be rewritten:

The story of WandaVision‘s main character, Wanda Maximoff, a.k.a. the Scarlet Witch (played by Elizabeth Olsen), is set to continue in 2022’s Dr. Strange and the Multiverse of Madness, but the two projects were almost linked much more directly. As Marvel Studios president Kevin Feige reveals in Rolling Stone‘s upcoming, extensive oral history of WandaVision, Marvel struck a deal with Benedict Cumberbatch to appear in the final episode of the show as Dr. Strange. But late in the process, they wrote him out.

“Some people might say, ‘Oh, it would’ve been so cool to see Dr. Strange,’” says Feige. “But it would have taken away from Wanda, which is what we didn’t want to do. We didn’t want the end of the show to be commoditized to go to the next movie — here’s the white guy, ‘Let me show you how power works.’” That meant the Dr. Strange movie, too, had to be rewritten. In the end, Feige says, Marvel’s process is “a wonderful combination of very dedicated coordination, and chaos. Chaos magic.” At one point, back when Dr. Strange was supposed to be part of the story, the in-universe commercials were going to be messages from Strange to Wanda, and there was also talk of having Cumberbatch appear in one of the ads, head writer Jac Schaeffer says. 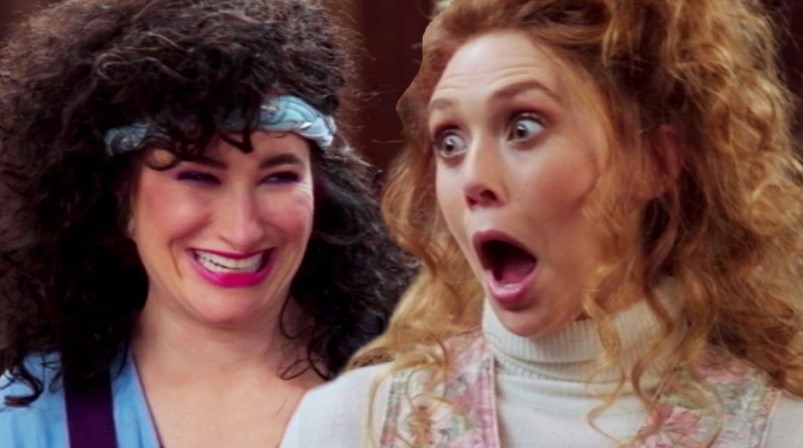 MCU is woke at the expense of quality story

So we see the original plan for WandaVision was to have Doctor Strange, Marvel's Sorcerer Supreme and a fellow Avenger, attempt to help out his friend and teammate, but just because he is a "white guy," they cut it.

Again, this is what I have been writing about for years, that Hollywood's forced politically correct agenda comes at the expense of quality content and storytelling. Update: Disney exec confirms passing on well-written scripts because they feature white people.

A lot of fans thought the end of WandaVision was rather bland, and now it's learned things had to be changed, again just because Cumberbatch and Strange are white dudes.

I can't think to imagine what Disney, Feige, and Marvel have in store for Doctor Strange in the Multiverse of Madness, let alone Black Widow (confirmed woke), Eternals (confirmed woke), Shang-Chi, Thor 4, etc.