Kevin Feige confirms Eternals is woke and that its producer is the one who came up with the idea to gender-bend and race-bend the cast.

In an interview with Variety following Chinese director Chloé Zhao winning an Oscar for Nomadland who is directing Marvel’s Eternals, Feige reveals Nate Moore, the producer of Black Panther, and The Falcon and the Winter Soldier Disney Plus series that replaced Captain America, is the one who came up with the idea to make Eternals woke:

Well, the notion of switching up the genders, sexualities and ethnicities of the characters from the comics, was baked in initially — that was part of what Nate Moore was really advocating for in moving “Eternals” to the top of the list for us to start working on. What exactly the makeup was between when Nate put together his internal discussion document, which is how we always start on all of our projects, and what she came in and did, I don’t recall exactly. 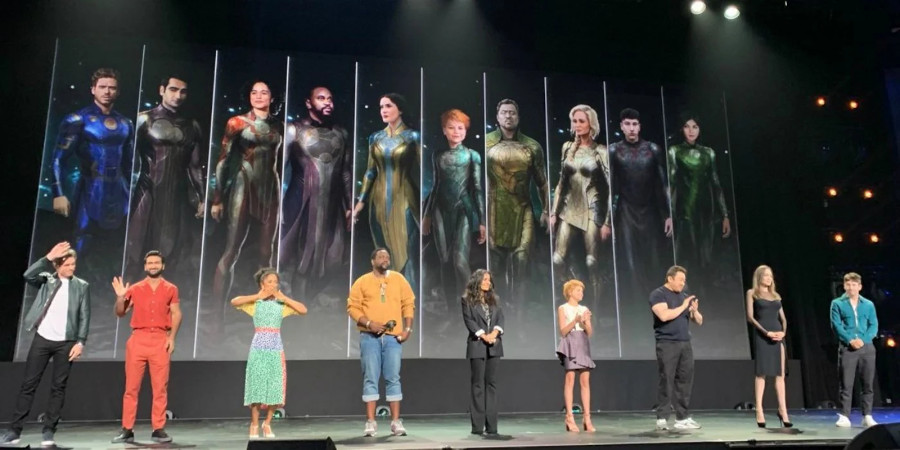 Eternals has a woke cast

Feige further confirms that Moore’s woke ideas also directly affected the decisions behind who to cast for the series and confirms the movie’s lead is woke:

When it came to casting, that also did affect it. There were some characters that we change from male to female, there were some characters that we knew how we were altering them from the books. But then also it came down to casting. So for Sersi, for instance — and if there was a lead in this ensemble, it is Sersi, it is Gemma Chan — we looked at and read all sorts of women for that part. And ended up really believing that Gemma was best for it. And thankfully, she’s proven that to be the case in the final movie.

Feige also confirms that Chloé Zhao, who drives a “solar-powered van,” was also a big part of making Eternals woke:

So, of course, Chloé was a big part of that decision, and of every casting decision. Some of it was some of it was done beforehand, and that continued once she was on board as director. 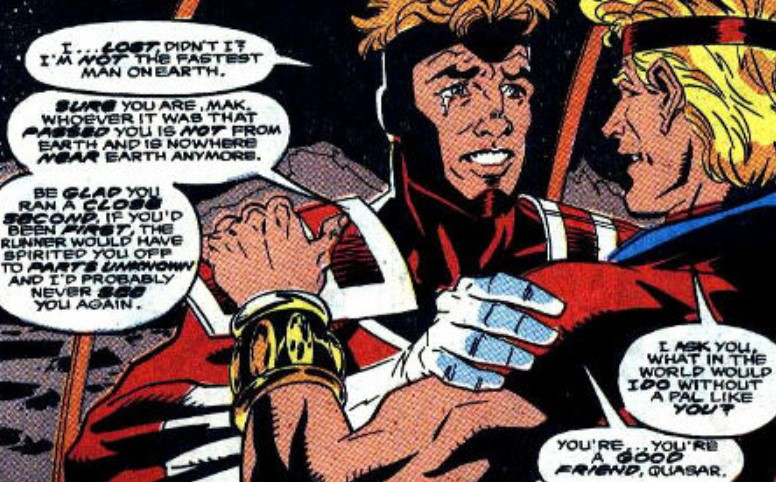 Typically what happens when Hollywood changes things to make them a part of its woke agenda is that the content and storytelling are sacrificed at the expense of the politically correct approach, which is what has happened to the Eternals comic book and loads of failed movies and TV shows.

Also as a fan of the comic books, growing up I was introduced to Marvel Cosmic through Mark Gruenwald’s Quasar series, which featured the Eternal Makkari, a red-headed Speedster and best buddy of Quasar (Quasar was replaced by an alien female lesbian in 2006 which led to me creating this site), but the Eternals movie has scrapped Makkari and replaced the character with a deaf female version of color played by Lauren Ridloff. Now I’ll never get to see the Makkari from the comics on screen.

Another Marvel Studios producer has also confirmed Marvel is all about wokeness going forward following the release of the Brie Larson Captain Marvel movie.