It's Guardians of the Galaxy all over again, as now Marvel Comics has gone and ruined Eternals, in order to fit with Kevin Feige's MCU.

A quick note regarding the Guardians, when James Gunn came on board with his goofy approach, Marvel Comics fired the creative team responsible for "inspiring" Gunn (nice way to reward them) and changed all the characters to reflect Gunn's goofiness.

Now they did the same with Eternals, and similar to when Bendis' sh-tty Guardians was released, Marvel Comics released the first issue of Eternals with dozens and dozens of variant covers in order to inflate the sales numbers.

Eternals #1 is an insult to Jack Kirby, an insult to any fan of Eternals, and an insult to comic book fans. The art by Ribic is atrocious and lazy, and Gillen's writing is obviously filled with editorial mandates in order to get the Eternals of the comics in line with Feige's upcoming woke joke of a movie.

Changes in the comic to reflect the movie include that the Eternals can now change sex and race (to match with the actors playing the parts), as Sprite is now a girl(?), Makkari is assumed to be a black woman, etc.

I still don't get why the comics change to reflect the crappy MCU movies as Feige's zombie fanbase doesn't read the comics and those that do more than likely pirate them. All the changes do is insult its existing fanbase and push them further and further away from comics.

Have a look at Eternals below to see what I am talking about (art via comixology):

As I tweeted, I can't tell what gender Sprite is supposed to be and Ikaris looks like a William Caitlyn Jenner: 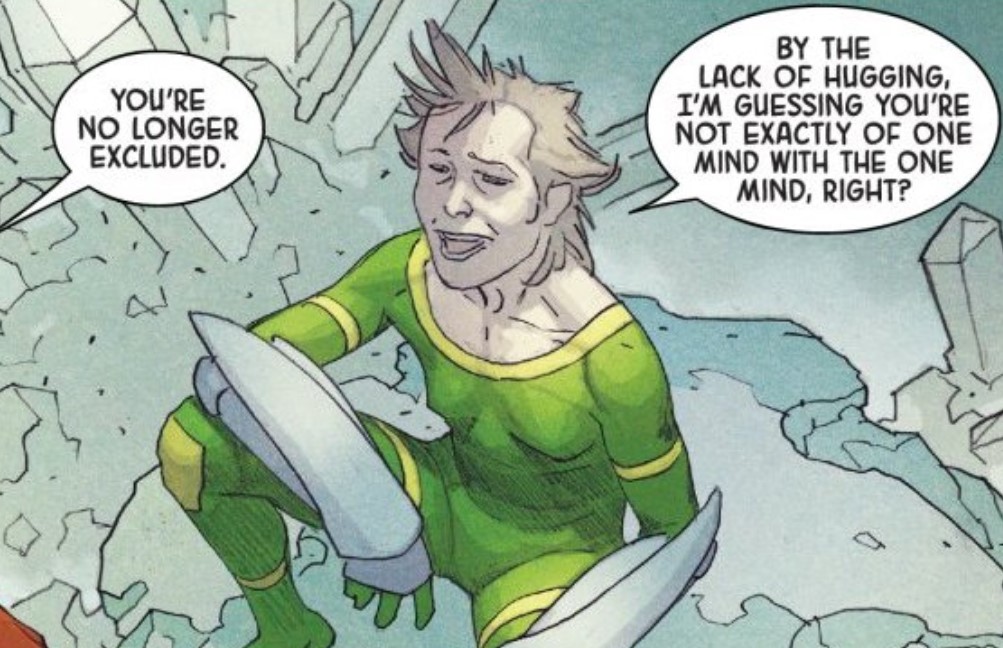 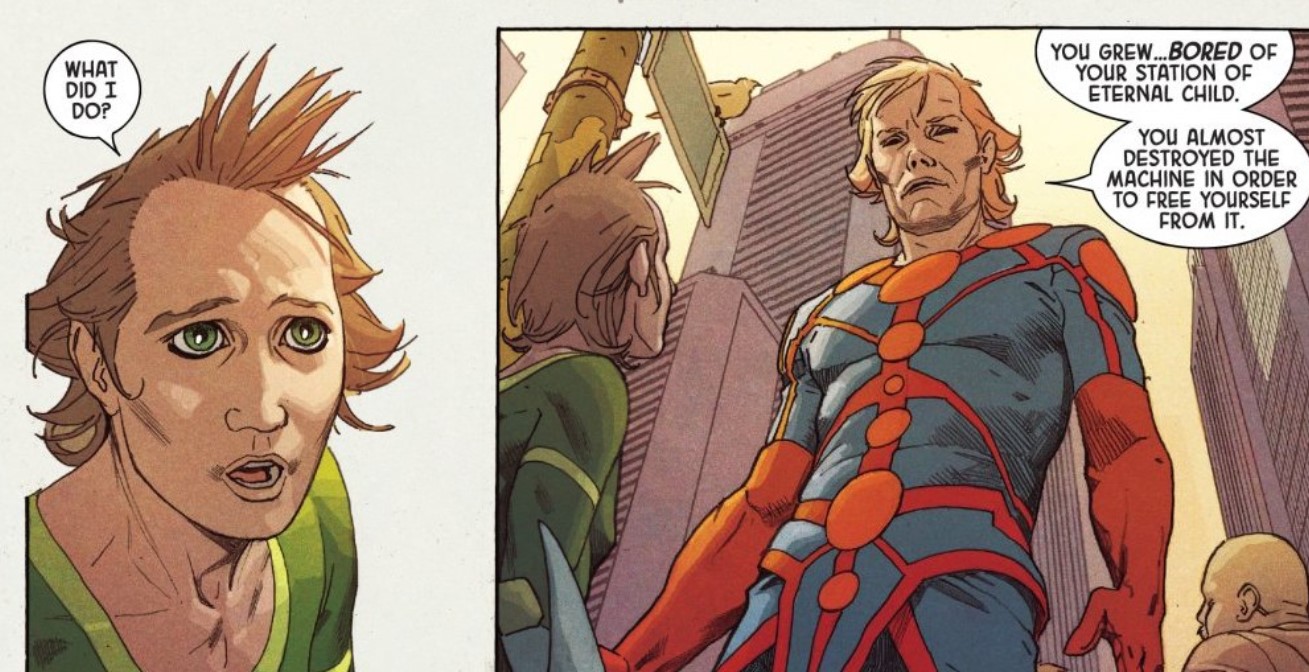 Ribic also uses the same panel three times for Ikaris, which is lazy and looks atrocious. Who the heck is the editor on this book?: 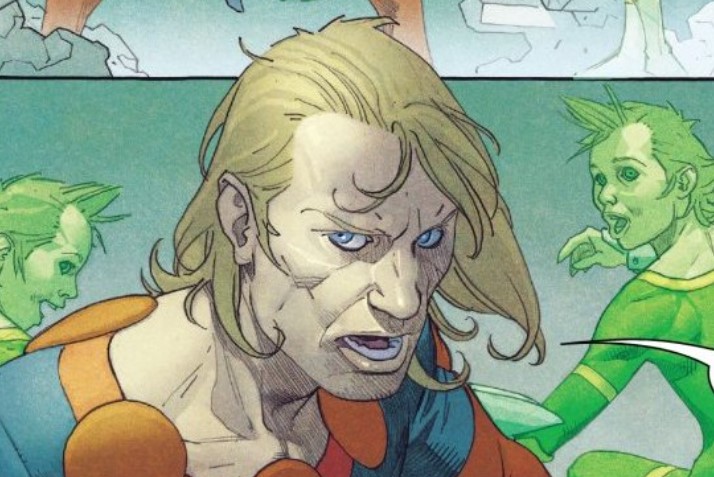 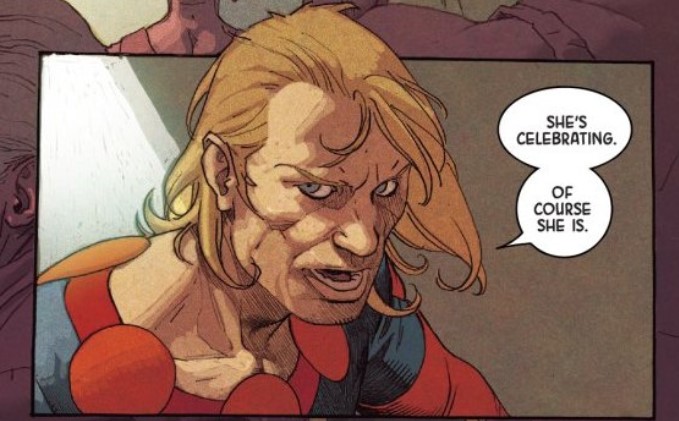 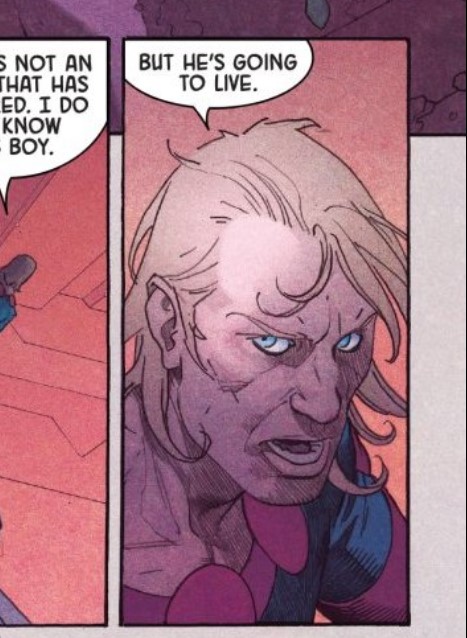 Iron Man makes some comment about masculinity, of course, which I have no idea why and what it's about, other than because he is called Iron Man (recall how the MCU producer said X-Men is outdated because it uses Men)?

Gillen also attempts to convince the comic book audience that the Eternals "changing" is normal - "common" and says it can happen every 20 thousand years or so, which conveniently lines up right in time with the sh-tty movie (lol). That's common? How dumb do you think we are? Gillen also happens to be from the UK, so we see he stole this from Chibnall's crappy new Doctor Who. No, thanks!!! 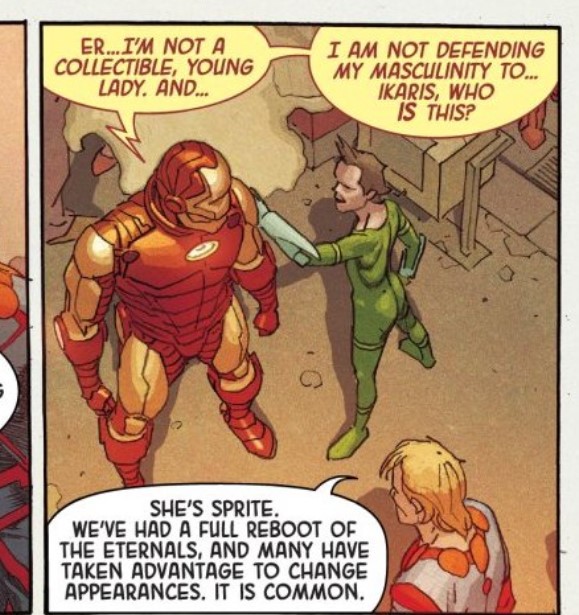 Next, the Deviants are compared to f'n Gremlins and described as magui? Really? WTF? Like as in Gizmo? I named my guinea pig after Gizmo when I was 9 years old (note: Recall Feige is changing the Deviants for the flick).

The only potentially good thing about the issue is that it ends with Thanos who could be confronting the Eternals on Earth which has never happened before.

Another good thing is that the series will probably be canceled by issue six.

Does anybody know if comiXology gives refunds?