Way back in March when the fears surrounding the coronavirus first started to become known, Wonder Woman actress Gal Gadot put out that ultra-cringe "Imagine" video featuring a bunch of Hollywood celebs singing the communist song made famous by John Lennon.

The lyrics include to imagine no heaven and to imagine no possessions -- while people were dying from the virus and the total net worth of the celebs amounts to well over $300 million.

Suffice it to say the stunt didn't go over well, which saw Joe Rogan blast Gal Gadot for releasing it.

Now - 7 months later - Gal Gadot finally addresses yet defends the video while talking with Vanity Fair and of course doesn't think she did anything wrong and doesn't apologize as she shrugs it off and laughs:

When I bring it up with Gadot, she doesn’t apologize. “Sometimes, you know, you try and do a good deed and it’s just not the right good deed,” she says with a smile and a shrug. “I had nothing but good intentions and it came from the best place, and I just wanted to send light and love to the world.

“I started with a few friends, and then I spoke to Kristen [Wiig],” she says. “Kristen is like the mayor of Hollywood.” She laughs. “Everyone loves her, and she brought a bunch of people to the game. But yeah, I started it, and I can only say that I meant to do something good and pure, and it didn’t transcend.” 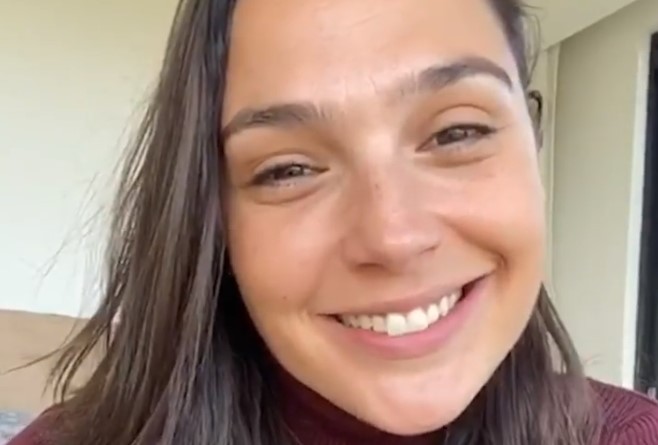 "Such a dumb move"

Gadot seems to be quickly finding her place in Hollywood as Wonder Woman 1984 is also said to be an anti-Donald Trump movie and full of political backdrop.

What's hilarious is that the Hollywood PC and SJW crowd don't support Gadot as they recently attacked her for getting cast as Cleopatra, as the SJWs don't realize that Cleopatra isn't an actual Egyptian (hello). Maybe Gadot should try harder.

Regarding Joe Rogan, he summed things up rather nicely.

"Did you see that 'Imagine' song that all those knuckleheads got together and sang?" said Rogan on his podcast. "Imagine there's no heaven? This is not the time, when everyone's Grammy is dying, you f---ing idiot, to sing, ‘Imagine there's no heaven’... Yeah, she's so happy. Gal Gadot or whatever the f--k her name is. Wonder Woman. She's got this beautiful smile on her face and so happy singing that. Like she's seducing you. It's such a dumb move. If I'm friends with her … I would have to say, ‘Listen, you're awesome. I think you're great. But that is a ridiculous idea,’" explained Rogan. "It is so lacking in self-awareness and so ridiculous. Let me tell you what I would do if even if I wasn't a comic, if I saw someone do that, I'd be like, 'What in the f--k do you think you are accomplishing with this? There are some people who get real self-indulgent and self-righteous with that social media. It's exposed a lot of celebrities for being real dorks."

Can we imagine Gal Gadot never sang this?