The Eternals Rotten Tomatoes score has absolutely plummeted, and now the flick is the worse-rated Marvel Cinematic Universe movie of all time.

Eternals, which is directed by Oscar-award-winning director Chloé Zhao, currently has an MCU Rotten Tomatoes low of 63% with 90 reviews accounted for from advanced screenings for the media.

Just a few days ago the score was 72%, but we see now with more reviews coming in that the score has dropped big time.

The 63% now puts Eternals lower than the previous MCU all-time low of Thor: The Dark World's 66%.

And as I tweeted, if the woke media is stating the woke Eternals movie is bad, the movie must be really bad.

Also, as I have been stating for years, again, the reason Eternals and similar content put out by Hollywood is a big failure is because Disney, Marvel, Feige, and Hollywood are pushing a woke agenda at the expense of quality story. I wrote about it over two years ago. There is absolutely no doubt that it is true. No doubt at all.

Regarding Eternals, while I have yet to see it, we know from casting they replaced original Marvel Comics characters with woke characters, so what ends up happening, is that the story doesn't play out organically, it comes out as fake and forced (i.e. Doctor Who) as the content must emphasize the woke material over the story, and what ends up happening is it becomes a complete failure. A character I grew up with, Makkari - a red-headed dude - was replaced by a deaf female POC in Eternals? Why? All for the sake of political correctness. And if it wasn't because of a woke agenda, then why not create new characters? Now that character will forever be a failure in the MCU and I'll never get to see the real Makkari. That's your MCU Woke.

And MCU Woke doesn't look to be going away any time soon, as Marvel Studios recently promoted its woke producer, the same producer who said the X-Men are outdated because the term contains the word "men."

Good luck MCU fans, but I have been warning you about this stuff for literally years. "They" don't care about the fans or the material and never have. 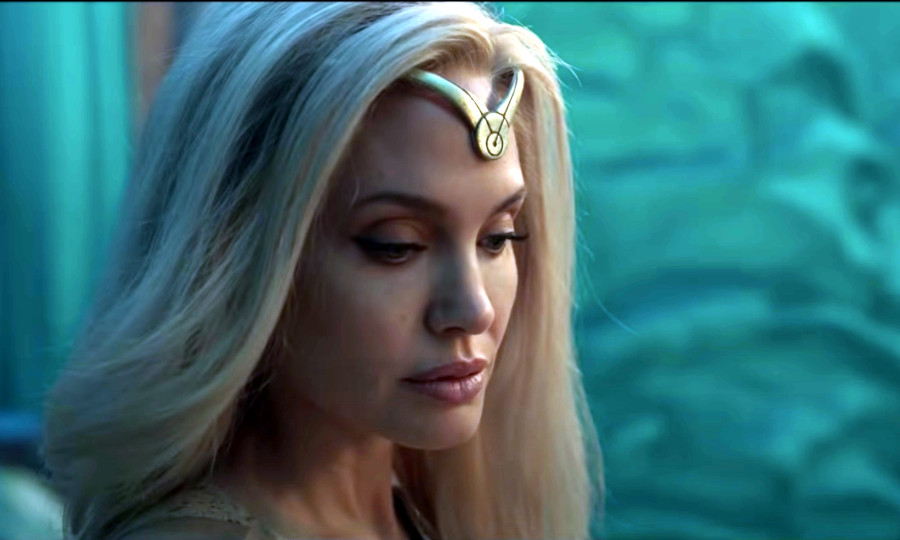 Eternals reviews: One of Marvel's worst movies so far

Here is an update on the Eternals reviews, where the NY Post goes so far as to say Eternals is one of the worst Marvel movies ever.

- Seriously, what a snooze. Fresh off of winning the Best Director Oscar for "Nomadland," Chloé Zhao has upchucked one of the MCU's worst movies in ages (via NY Post).

- This film is achingly earnest in tackling issues of diversity and representation, but fails as engrossing entertainment.

- A film that is constantly at war with itself, for nearly three hours.

- What seemed like the perfect marriage of filmmaker and studio, Oscar winner Chloé Zhao and Marvel Studios, turns out to be one of, if not, the biggest misfires since the Marvel Cinematic Universe began.

- Its main downfall is a confusing script with inconsistently written characters stuck in a timeline that makes it impossible to build momentum or tell a story that makes sense.

- Despite the depth of the ensemble (and the acting talents assembled to bring it to life), these Eternals really only come in three varieties: brooding, quippy, and both.

- Involves a lot of windy locations, sparse imagination for action, and a cast of characters who are seldom interesting.

- While I can respect that the MCU took a risk by telling an ambitious and different kind of story, the story and storytelling simply didn't match the film's ambitions.

- People will decide for themselves whether its innovations are enough or not, but for me it was somewhat disappointing.

- From visuals to music choice, there's a lack of style here that is only further emphasized by the film's refusal to focus.

- Eternals is so busy showing off what it can do, where it can go, that it bypasses and overlooks what it really has to offer. There are real dilemmas, real battles of interest buried beneath the soft-pedaled, naturally-lit, cozy surfaces of this movie.

- Eternals feels like a balloon that tried to hold it all together but was filled to bursting; it's too much-and not enough. The result is a very ambitious, very well made, kind of flat, and unfortunately forgettable film.

- It flies high, grapples with huge themes and ideas, tries to keep check with humour and heart, but the whole thing feels so overblown and overwrought that you kind of walk out of the screen in a daze.