Doctor Strange 2 debuts tonight with the advanced Thursday previews where the Illuminati appear in the film, so let’s take a look at how Marvel handles them.

First of all, while the Illuminati has been long rumored for the film, I wish Marvel didn’t spoil things in their own promos for the movie by releasing a spot titled “Illuminati.”

I happen to be the type of fan that likes to go into the movie knowing the least amount possible, so I tend to shy away from most of the footage released, but when a spot is called a certain something, it’s even hard for me to avoid it. Marvel didn’t spoil Tobey Maguire and Andrew Garfield in Spider-Man: No Way Home, but we all knew they were in it, but it isn’t the same.

That said, I thought the Illuminati in Doctor Strange 2 was pure fan service garbage and it was fan service that wasn’t even done right and was outright laughable. Definitely a waste, and I feel it should have been cut and something better used to progress the story or that they should have devoted a lot more time to them. 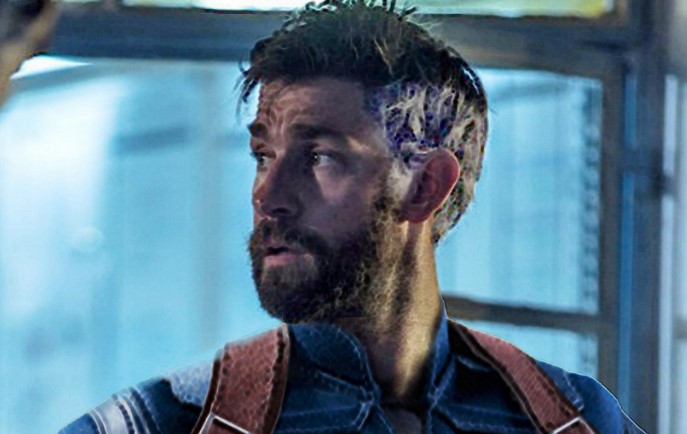 John Krasinski as Mr. Fantastic got a HUGE applause from the audience (the only one in the movie). Fans loved seeing John Krasinski as a member of the Fantastic Four (which was also teased through mention of the Baxter Foundation), and it was previously rumored that Krasinski was going to appear as Captain America, so it was a pleasant surprise to see Mr. Fantastic, where, worth a mention, is that all of the members of the Illuminati are played by the same actors/characters and weren’t alternate actors/people so that could mean John Krasinski could easily play Mr. Fantastic in the 616 MCU (speaking of, 616 is the COMICS universe NOT the movie universe).

Reed Richards also confirms he has a wife (Sue Storm), and kids (Valeria and Franklin), so again, that could mean they exist in the MCU.

Back at the 2019 San Diego Comic-Con, Marvel insiders filled me in that the Fantastic Four might have a similar MCU origin to that of Captain America, in that the FF have always been around, but back in the 70s or what have you (friends of Michael Douglas’ Hank Pym), they went into the Quantum Realm, and when they step out, it’s the present day (much like what happened with Ant-Man in The Avengers: Endgame). That explains why the FF hasn’t been heard of or hasn’t been around.

Worth a mention is that Marvel insiders also filled me in Doctor Strange 2 was supposed to feature original comic book characters from the Multiverse, such as the original Nick Fury from the comics, but that didn’t happen. I was told the info prior to Scott Derrickson leaving, so I think a lot changed (after watching the film, I’d love to know Derrickson’s original ideas and pitch). 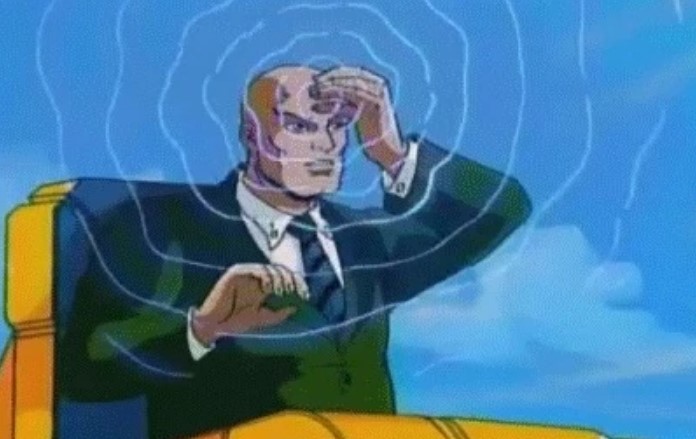 Again as Marvel revealed prior to the movie, Patrick Stewart is back as Professor X, but this isn’t the Xavier from the Fox X-Men movies.

I guess it’s supposed to be the Xavier from the 90’s X-Men cartoon as they even used the theme song, which was a super cool touch? Or it could have just been a nod, which is what I am more leaning toward as I think all these characters are from the same universe and are not made up of Multiverse characters. Correct me if I am wrong.

I did like the dynamic between Professor X and Strange, but Xavier’s death was rather lame, especially compared to some of the other members. 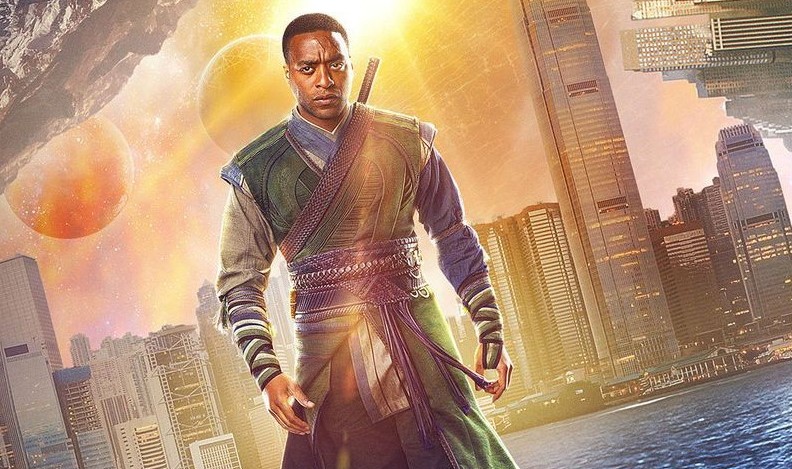 Really nothing much to say here. Just an alternate universe version of Baron Mordo where in this universe he remains friends with Doctor Strange.

My thought while watching the fight scene was I figured Mordo would be able to take out Stephen Strange pretty easily, as when did Strange take up Martial Arts? A few years ago? But Mordo has been training his whole life? Maybe the alternate universe Mordo isn’t a good fighter and they had to change things up because the whole movie is magic vs magic.

Why couldn’t Mordo get out of the pit? 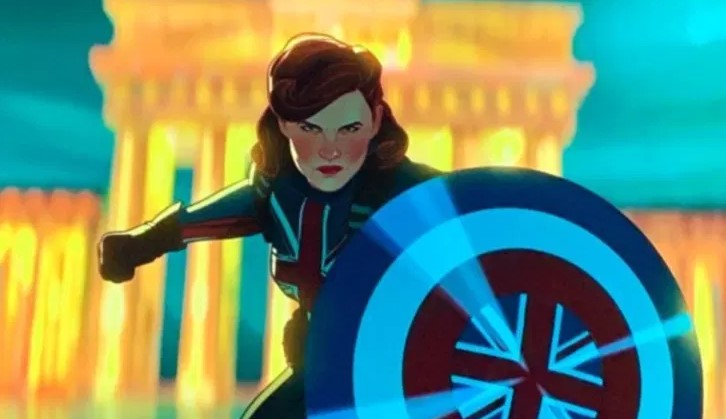 Is this the same Haley Atwell Captain Carter from What If…? I didn’t think so. As again, correct me if I am wrong, but the Illuminati aren’t made up of Multiverse characters, right?

This is simply the 838’s version of Captain America, and she even cringingly uses the same line as Chris Evans: “I could do this all day.” Yeah, sure. 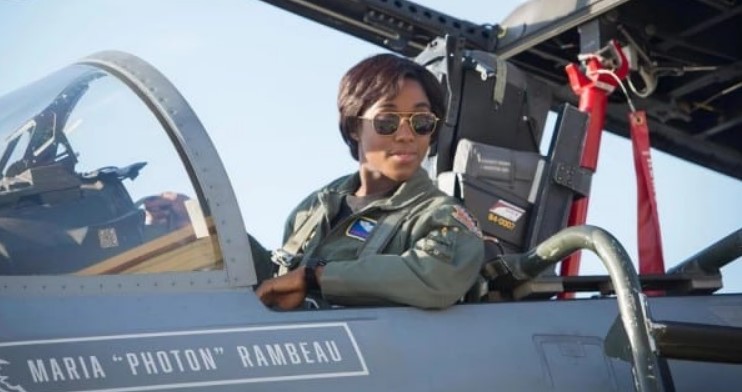 Cringe moment: Captain Marvel gets killed when a giant statue falls on her? Huh? 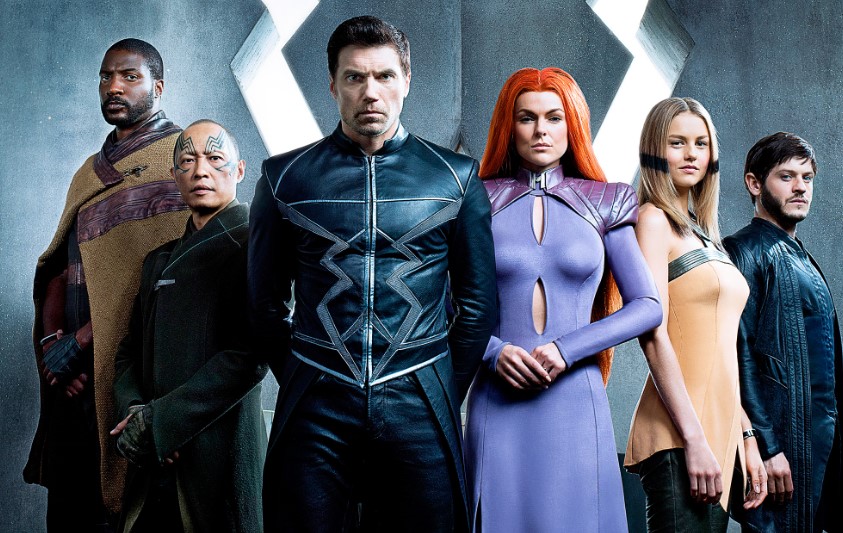 I did a double-take when Black Bolt appeared as this was probably the biggest surprise for me. I had absolutely no idea Black Bolt was going to be a member of the Illuminati, especially after the disastrous Inhumans TV series, and certainly had no idea they would again use Anson Mount (confirmed to be him in the credits). He looked okay in that costume, nothing special, I thought.

But holy sh-t! How brutal was this?! (a lot more brutal than Feige’s “brutal” description of Moon Knight) as not only did Black Bolt obliterate that universe’s Doctor Strange, but when he blew his own f’n head off! BAM! My jaw dropped. I couldn’t believe they showed it. Maybe there is hope for Disney Plus having more adult-oriented content?

On a side note, the use of Black Bolt also got me thinking as to why Kamala Khan isn’t an Inhuman in the Disney Plus series and all her powers have been changed for the show, but with the Fantastic Four movie coming and Mr. Fantastic using his stretchy powers in this flick, I suppose that is why. When it comes down to it, Ms. Marvel is another force character that fans never asked for and she doesn’t have a lot of fans (just like Carol Danvers Captain Marvel and America Chavez), but they keep getting relaunched in the comics for the sake of diversity not because they are popular. 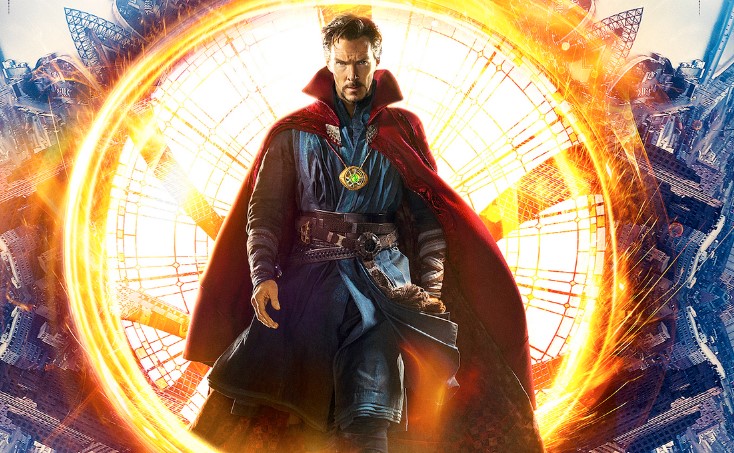 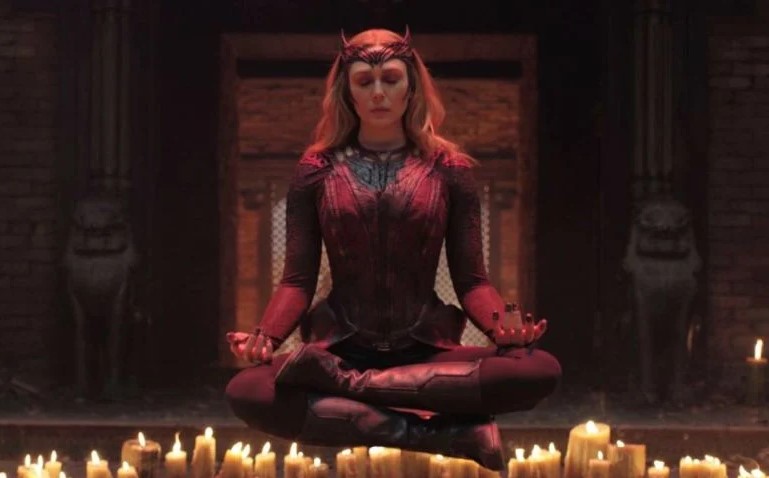 The Illuminati who took out Thanos and who took out Doctor Strange doesn’t happen to be – pardon the pun – the brightest of the bunch as they could care less about Scarlet Witch.

And when Scarlet Witch did invade their universe and starts to take out the Ultron bot sentries, Mordo just sits there planning on casting his vote while the other members are out “fighting” Scarlet Witch?

And that fight? LOL. Scarlet Witch removes Black Bolt’s mouth (The Matrix) where the smartest man on the planet, Reed Richards, told her to how defeat him; Black Bolt kills himself by trying to talk (huh?); Scarlet Witch uses magic and lifts up Mr. Fantastic and turns him into spaghetti (reminded me of what Thanos did to the heroes in the Infinity Gauntlet comic book) and Captain Marvel and Captain Carter stand there and watch, then turn their heads toward each other, nod, and then fight?

Oh, that’s right. Kill off the boys so we can have a girl fight. F’N CRINGE.

Again, Captain Carter says she can do this all day and then gets cut into two by her own shield, and a statue falls and kills the cosmic-super-powered Captain Marvel? Who wrote this garbage?

The Illuminati scenes feel super forced and just come off all wrong and unneeded. Major missed moment, as you could argue, the Illuminati could have been a movie of their own.

I’ll write up more my thoughts in my full review for Doctor Strange 2, but the short of it is that I thought they didn’t pull the trigger because they were torn between the small amount of diehard Marvel fans that watch Disney Plus and the large number of normie fans that say make up the audience of Spider-Man: No Way Home that doesn’t watch Disney Plus. The original plan was to have WandaVision, Loki, Spider-Man: No Way Home all directly connect to Doctor Strange 2, but that didn’t happen because there are not a lot of people watching the Disney Plus shows.