Following my report about how an extended Simon Kinberg X-Men: Dark Phoenix cut exists and how I pointed out in my review the Skrulls were the original villains, now footage is leaking online.

Regarding the Skrulls – which also happened to be featured in Disney, Marvel Studios and Kevin Feige’s Captain Marvel movie starring Brie Larson – X-Men Cyclops actor Tye Sheridan recently confirmed the shape-shifting aliens were the original villains (via the Reelblend podcast).

“It’s really hard for me to remember what the ending of this movie is. [laughs] Originally, it was scripted that Charles and Scott go to the U.N. because — man, I’m totally going to mess this up — they go to the U.N. because they’re going to try to tell the President that, ‘Hey, we’re under attack by aliens, and they’ve now captured Jean Grey.’ Or, you know, whatever it is that we’re going to tell him.

Also as I noted in my review, it’s pretty obvious the removal of the Skrulls is the reason for Jessica Chastain’s villain being so bland, as the actress wasn’t even sure who she was supposed to play. It’s also been said Chastain was going to play Lilandra of the Shi’ar, but that, too, was changed. As noted in my report how Disney/Fox sabotaged the flick, a lot of Jessica Chastain’s lines in the movie were said off screen, meaning they were added and changed at a later time. 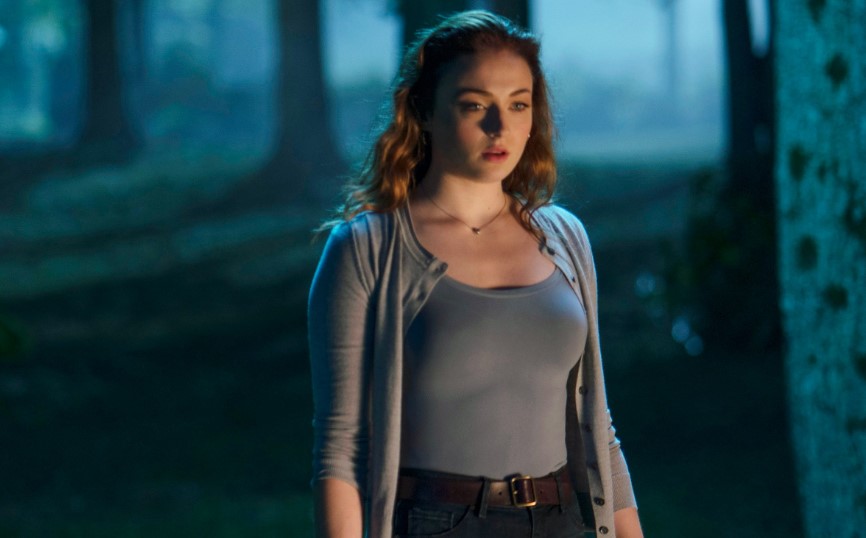 So what would have happened if audiences saw the same ending (and Skrull villains), but saw Dark Phoenix first before Captain Marvel?

Dark Phoenix was also originally supposed to be the first Marvel female movie (confirmed by Deadline), but for “some reason,” Captain Marvel and Brie Larson took the trophy as Dark Phoenix‘s release date was “conveniently” pushed back.

Regarding Dark Phoenix footage leaking online from Simon Kinberg’s original cut, which had up to 30 minutes or so of additional footage (actually Kinberg wanted to do a 2-part movie, but that also was axed), images are hitting the net from what is said to be a Russian promo trailer which was released before the Disney/Fox deal and may have been a part of test screenings. The following meme has hit Reddit where we see a new look at Tye Sheridan as Cyclops: 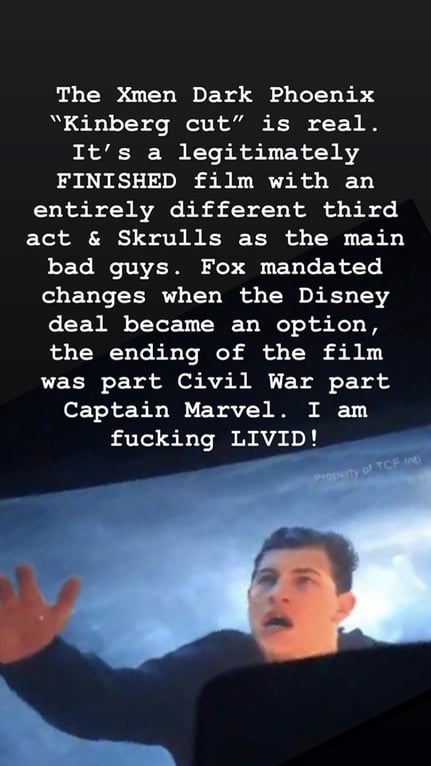