YouTuber Grace Randolph doubles down on what she has said about Star Wars problems surrounding The Mandalorian Season 2, which sounds like there might be issues with star Pedro Pascal.

A week ago saw Randolph state that Disney isn't at all happy with The Mandalorian Season 2 trailer (which has yet to be released) and also that there is some sort of "big problem" that occurred while filming that caused a big shift halfway through the second season involving Pedro Pascal's titular character.

On Tuesday, Entertainment Weekly revealed first look images at The Mandalorian Season 2, with the interview, interestingly enough, confirming what Grace said about a shift through the season:

And while the first season’s episodes very strictly focused on Mando, season 2 adds new storytelling angles. “As we introduce other characters, there are opportunities to follow different storylines,” Favreau says. “The world was really captivated by Game of Thrones and how that evolved as the characters followed different storylines — that's very appealing to me as an audience member.”

While Grace Randolph didn't specifically mention problems with Pedro Pascal, she questions why would you shift away from The Mandalorian in a show called The Mandalorian, so obviously we can do the math. More below. 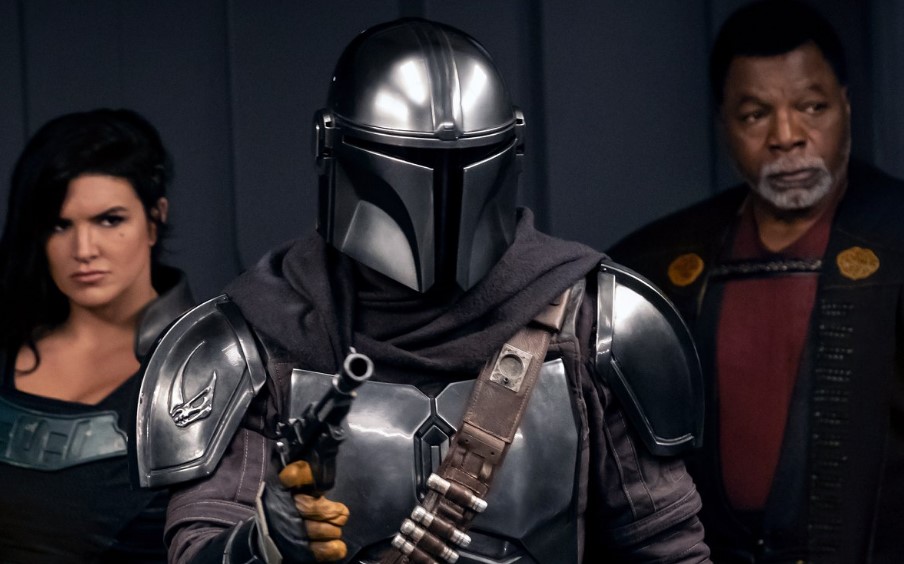 "So basically, I know something about The Mandalorian that I can't really tell you for a couple of reasons. First, when it started, I couldn't tell you because it would get the person who told me in trouble," explains Randolph on YouTube. "This is the group that kept Baby Yoda a secret, so they know what they are doing. So that put me in a difficult decision, and then I was like, 'Well, you know what, this is so huge, that if I hint at it, maybe another reporter will break the story, and then I can cover it. Right [laughs]?"

Randolph continues: "And instead, all these reporters decided to hardcore defend Disney, for some reason, and it was really weird because some of them were like, 'The publicist told me that everything with the show is going great,' and you're like, 'Of course the publicist is going to tell you everything with the show is going great.' It's like, 'Of course they will.' It's like if you ask Richard Nixon and say, 'Hey, by the way, did you break into the Democratic headquarters at Watergate?' He'd be like, 'No, of course not.' And they would be like, 'Oh, okay. Thanks.' [laughs]. This is like... It's not good for Disney." 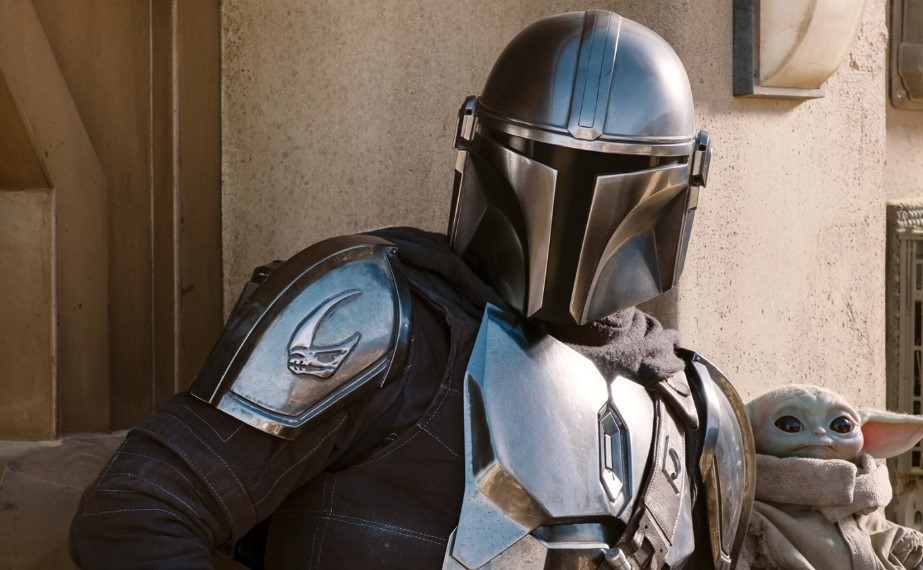 Regarding why Grace Randolph just won't say what she has been told about The Mandalorian, she says she is waiting to hear back from a source in regards to what the current situation is because things might have been patched up.

"I have to say this morning, I double-checked with another source who I know who has very good Star Wars connections, and I said, 'Can you help me out with this? Can you tell me if this situation is still what I heard? Because what I heard happened a couple months back while they were filming," says Randolph. " And so this person, the source told me, it happened. It's definitely true, but my source is working to find out what the current situation is. Because Star Wars is such a powder keg, that I don't want to say something and then have the people or person in question be like... And honestly, defend themselves, I totally understand, and say, 'Oh, no. That's not true,' because, you know, things have been patched up."

Randolph adds: "I think there is a chance that things have been patched up to protect Season 3, but because of what was said in the Entertainment Weekly article today, I am able to move a little bit further in what I know and that they actually admitted that halfway through - they even used the halfway mark. I mean thank you so much. That really helps me out. They weren't even like, 'Oh, at some point, they were like 'halfway' exactly what I told you - They were like 'halfway we are going to switch to totally different characters.'

"So I am giving you a hint: Why would you need to do that? Right? Now, I am not saying the show is going to be bad," says Randolph. "The show could be excellent, but as they've now admitted publicly, in the second half of The Mandalorian Season 2, they don't focus on The Mandalorian, which is kind of crazy for a show called The Mandalorian, which I think underlines how crazy this behind-the-scenes-situation is." 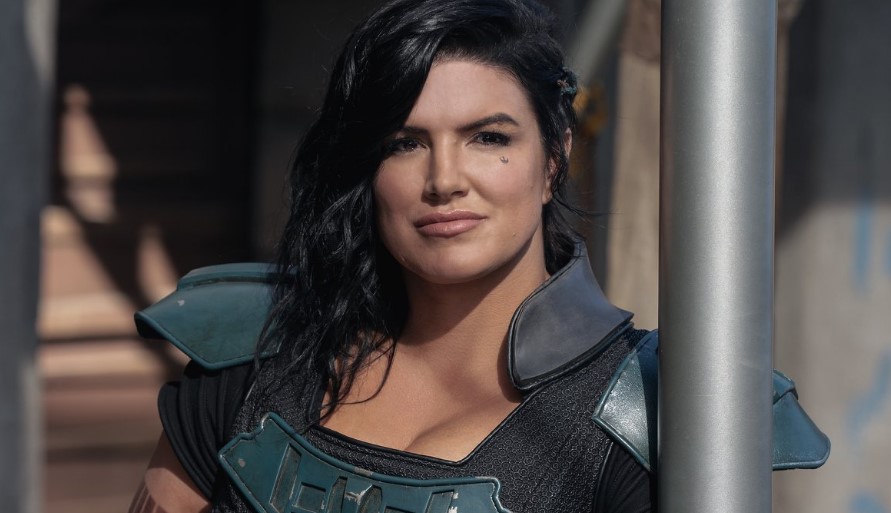 Grace also suggest some of the other sites are protecting Disney, which if you have been following Disney Star Wars for the past few years is nothing new.

"So, that's all I am willing to say at this point, but I am very happy that was said today publicly because it alleviates a lot of pressure off of me," explains Randolph. "But again, I have to be really, really careful, and really respectful of my sources. They're very nice to tell me this stuff, so I have to be very careful about it. I'm shocked to the degree other reporters will protect Star Wars. Either they don't know or they straight up believe the publicity office that talks to them or they are protecting Disney like they did with the Obi-Wan show. Remember the Obi-Wan show? Everybody was like, 'Oh, the show is fine.' And I was like, 'No, it's not fine.' They furloughed the entire crew, or actually, in this case, I believe they fired them. First, they've been furloughed, now they are off. Then a week later, everybody is like, 'The show has been indefinitely delayed' [laughs]. Or at least for a year 'we've let everybody go,' and I was like, 'I told you.' So it's the same thing." 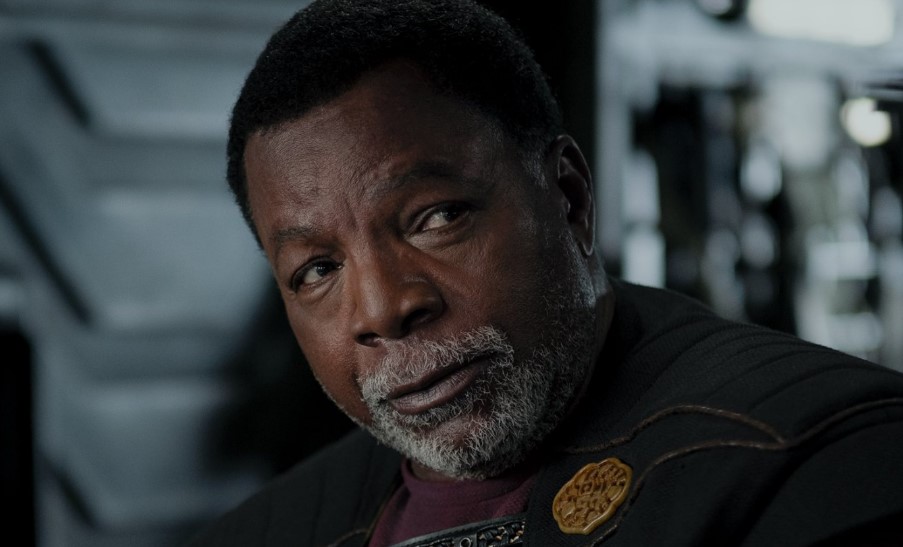 "Star Wars certainly doesn't need any more drama after John Boyega hit them real hard," says Randolph. "Whoever the person I am talking about is, I don't want to damage anybody's reputation, right? So I am just being really careful about this, and I want to see how it's being handled. I want to see, again, if it's been patched up, and I want to see just what's going on, but it was confirmed today, what I told you about a halfway shift off of The Mandalorian was confirmed today by the interview in Entertainment Weekly, and they were like, 'Oh, we thought it would be fun to follow some different characters on a show called The Mandalorian.' And I think you can see where this is starting to head pretty obviously because, why would you do that?"

John Boyega recently blasted Disney claiming they only used him for the color of his skin. 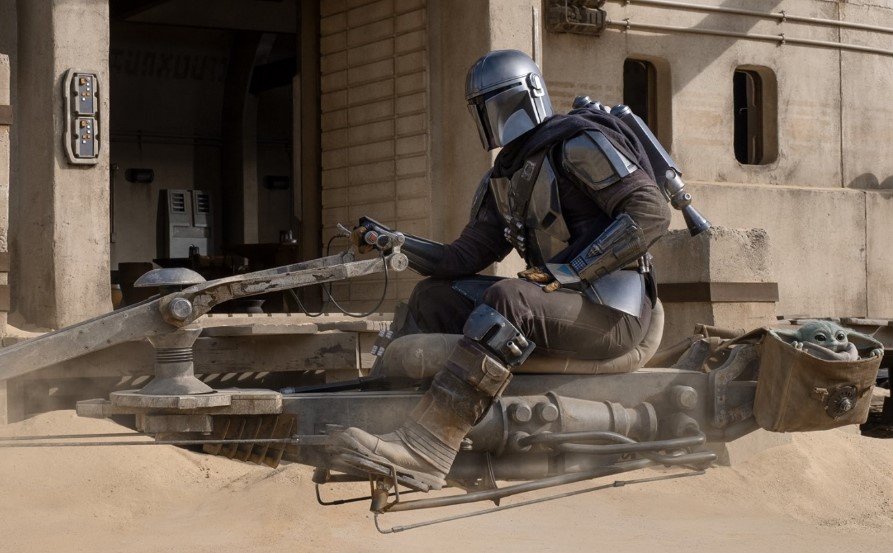 What are the problems with Pedro Pascal?

Again, while Grace doesn't say the problems are specifically about Pedro Pascal, if I had to guess judging by what she said above, it sounds like while filming Season 2, Pascal had problems with someone on the set (possibly an exec), which might have actually caused Pascal to walk off the set (or even be told to walk off the set), as they didn't use Pascal to film following the halfway mark of Season 2 and instead, since Pascal wasn't around, used other characters to finish the season.

Grace offering things may have been patched up suggests that whatever Pascal's problems with said person or person were during Season 2 filming might have been fixed for the sake of Season 3, which means they want Pascal to stick around as The Mandalorian.

If Pedro Pascal left the role, that would be a huge blow to Disney following their disastrous Star Wars movies and wouldn't look good for Disney Plus because The Mandalorian is the streaming service's only show and a big reason why fans are still subscribed, while Disney basically has no new content to add to Disney Plus.