On Monday, some fans and sites went with the thought that Michael Keaton is taking over as Batman, however, it’s misinformation and not the case.

The NY Times recently posted an interview and article with the head of DC films, Walter Hamada, where the interviewer included the following in the article:

A fan followed up and questioned the writer of the article, Brooks Barnes, on Twitter if Barnes meant the “two different actors” are Robert Pattinson and Michael Keaton:

@brooksbarnesNYT. Based on your Hamada piece, some have interpreted that WB is doing 2 franchises starring Batman, one with Pattinson, one with a new actor. Is that correct, or you were referring to Keaton as a second Batman, being part of a non-Batman-centric saga? Thank you!

Since Barnes responded with Michael Keaton, fans and sites thought Barnes meant Keaton would be taking over from Ben Affleck as the new DCEU Batman (which went viral on Twitter), as rumors have swirled about Keaton possibly sticking around the DC movie universe as a mentor role to Batgirl, meaning DC’s popular Batman Beyond franchise and characters would be with Keaton as an older Batman mentoring the Barbara Gordon Batgirl and not Terry McGinnis, with other movies featuring Keaton as Batman as well.

However, Barnes shot all that down in a follow-up tweet of his own:

Been offline (moving apartments) and return to see this Michael Keaton craziness. I was referring to the *one film* that Keaton has been announced as being in, not a set of his own Batman films. If I had info on him beyond “The Flash,” I would have obviously put it in my article 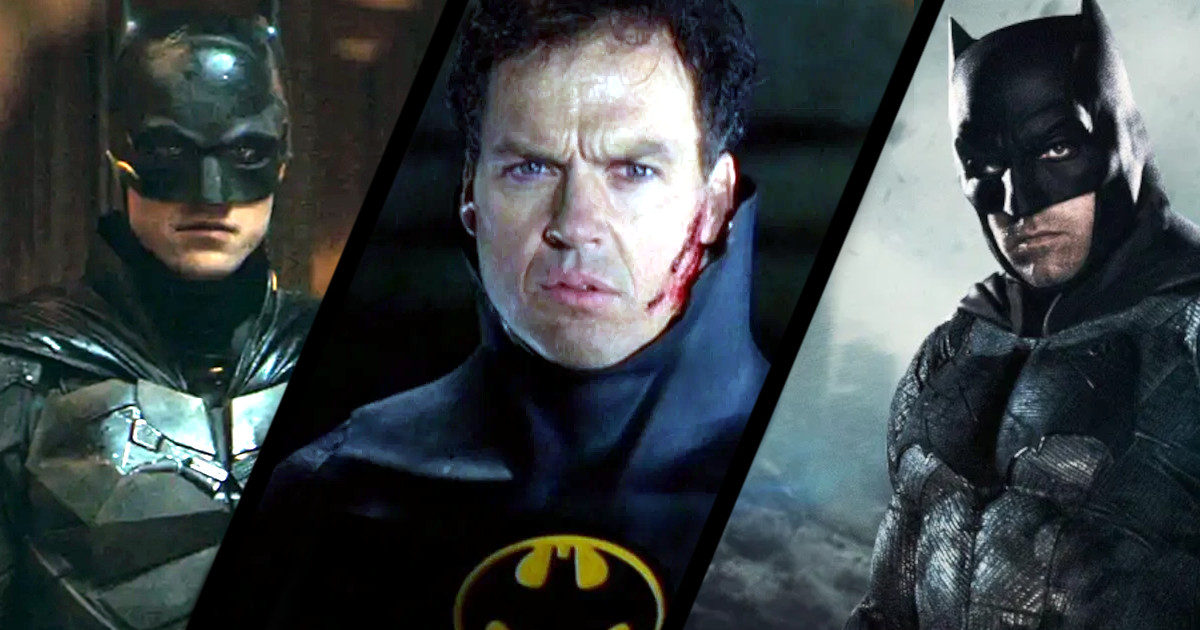 I think the confusion comes from Barnes mentioning “two different sagas” in his article which sounds as if it means the Robert Pattinson Batman will go on to be featured in multiple movies (a given assuming The Batman is a success and the drama stops) and that Michael Keaton will be Batman in a set of new movies following The Flash.

So some fans got upset with the thought that Michael Keaton is replacing Ben Affleck as Batman, with Affleck also confirmed as appearing as Batman in The Flash.

Back at Comic-Con 2019, I was told by DC insiders that Robert Pattinson would be taking over as Batman, which will tie into J.J. Abrams’ new Superman and James Gunn’s The Suicide Squad involving some sort of soft DCEU reboot; however, that might have all changed because of the DC Multiverse.

Subsequent rumors and reports have offered that the Ben Affleck Batman will continue on with the HBO Max streaming service following the release of the Snyder Cut of the Justice League movie, as Affleck will adapt his version of The Batman, which could lead to Joe Manganiello back as Deathstroke, Manganiello Deathstroke projects on HBO Max, and possibly more from the Jared Leto Joker on HBO Max.

Zack Snyder has confirmed a DC Multiverse is underway, with the NY Times article also confirming as well, as Hamada offers:

“I don’t think anyone else has ever attempted this,” Mr. Hamada said. “But audiences are sophisticated enough to understand it. If we make good movies, they will go with it.”

So, just a guess regarding Batman, it seems going forward:

DC seems to be going the route of pleasing ALL the fans via the Multiverse and not replacing any said character, which really involves wanting to push its HBO Max streaming service to compete with Netflix and Disney Plus, but again, and something that Barnes reiterates above, nothing has been confirmed.

But I do think we basically have confirmation of a Batman Multiverse happening from DC from the fact that Kevin Feige once again copied DC’s plans as Feige is said to be using the Tobey Maguire and Andrew Garfield versions of Spider-Man in the MCU along with Tom Holland as his own Spider-Man Multiverse.