The Flash movie is creating some sort of DC Multiverse based on the past movie films which will connect to the current DCEU, as it has been reported Michael Keaton is in early talks to return as Bruce Wayne and Batman.

It's further said that if the talks do indeed go through that Michael Keaton will stick around and play Batman in future DC movies in a Nick Fury-like role, with Batgirl given as an example.

It has also been reported that Keaton returning will not impact what Matt Reeves is doing with the new Robert Pattinson Dark Knight in The Batman.

The Wrap also offers that The Flash movie would be a way of possibly connecting characters from various films noting that the recent Joaquin Phoenix Joker could be pitted against Jason Momoa's Aquaman (though why they would pit that Joker vs Momoa's Aquaman is anybody's guess, lol, well, unless they have Joker kill off Mera).

It's further said the story surrounding The Flash movie sees The Flash going back in time to prevent the death of his mother (similar to Flashpoint from the comics), however instead of creating a brand new universe like the comics with all different versions of the current characters, The Flash movie creates another universe protected by Michael Keaton’s Batman, who is now 30 years older (and said not to be Thomas Wayne).

THR also offers the story is said to involve not just time travel but inter-dimensional travel which wold enable a crossover from one “movie universe” to another. 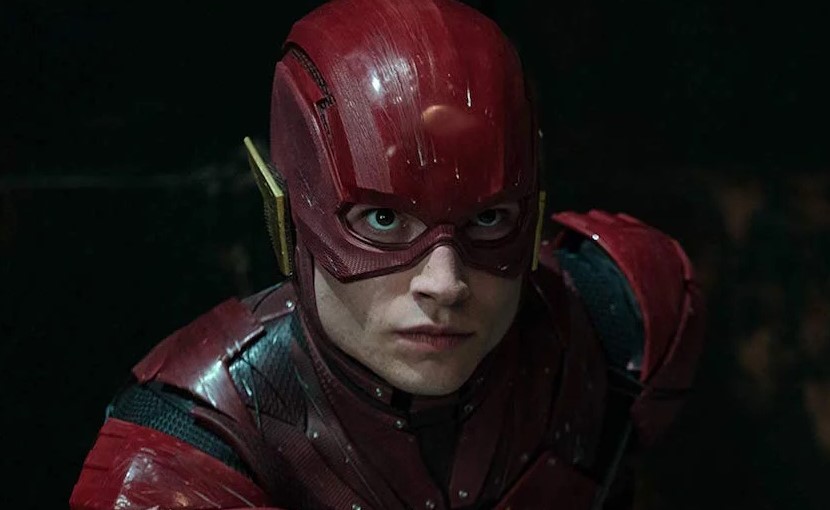 Unlimited possibilities for The Flash with the Multiverse

It seems obvious, as teased in the recent Crisis on Infinite Earths CW crossover that cameoed Ezra Miller, which did feature the Keaton universe, that DC is likely building a Multiverse (interestingly enough which Marvel is also doing with WandaVision and Doctor Strange 2 -- I was even told Doctor Strange 2 will feature the original Nick Fury from the comics).

We can guess that the Flashpoint movie somehow sees Barry Allen changing things that creates a connection to the Tim Burton Batman universe, and since Michael Keaton will be sticking around if the talks go through, similar to the recent Crisis On Infinite Earths crossover, possibly merges the different universes and timelines enabling the Keaton Batman to stick around and interact with the DCEU.

The Crisis crossover actually saw the universes become one (The CW Supergirl and Superman now exist on the Arrow and The Flash Earth), so something similar sounds like it is happening for the DC movieverse, and Ezra Miller did also appear in Crisis.

What is also rather interesting about the notion of a DC Multiverse with numerous Batman versions is that Ben Affleck is also rumored to return in an HBO Max series.

Imagine if they brought in Christian Bale?

Or how about the Brandon Routh Superman appearing in The Flash movie who is also rumored for an HBO Max series?

Update: It's reported the return of Michael Keaton may be in doubt.

The Flash has a June 3, 2022 release starring Ezra Miller directed by Andy Muschietti.