The failure of Kevin Feige and Marvel's Eternals movie may have led to Disney and Lucasfilm booting director Chloé Zhao from a new Star Wars movie.

Following the release of Eternals, which has one of the lowest box offices and is the worst-rated MCU film, two separate scoopers made claims that Chloé Zhao is going to direct the Star Wars movie that Kevin Feige is producing, with one of the sources claiming it was a lock.

Now, however, The Hollywood Reporter reports it's not happening.

In THR's latest e-mail newsletter, the site doesn't go into much detail or specifically shoot down the rumor as it simply offers Chloe Zhao is not directing a Star Wars movie:

And finally, we've been hearing this one all week, but insiders insist that no, Chloé Zhao is not directing Kevin Feige's Star Wars movie, or any Star Wars movie.

Obviously, the scoopers could have been wrong, but if Chloé Zhao was indeed in talks for Star Wars, which she hinted at, she isn't anymore, which is probably due to Eternals being a huge fail for Disney. 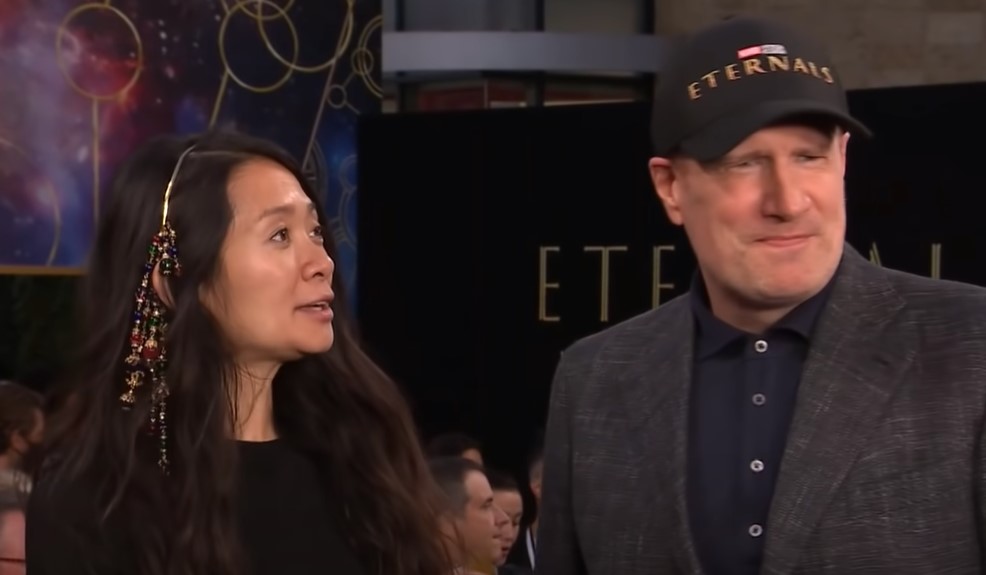 Eternals currently has a $175 million box office and is presently playing out in the dailies as the lowest MCU movie of all time, even lower than 2008's Incredible Hulk.

The critics also didn't like the film as it has a 47% Rotten Tomatoes score, and the fans aren't all that happy as Eternals has an 80% Audience Score, which is at the lower end for the MCU.

So why then would Chloé Zhao be put on a Star Wars movie? Just like I questioned, it isn't going to happen according to THR, and it's similar to what happened with Rian Johnson following the release of Star Wars: The Last Jedi, as Johnson was supposed to do a Stars Wars trilogy of his own, but that isn't happening, much like Eternals, following The Last Jedi's disastrous reception.

Disney not happy with Star Wars and Marvel

We can also add that Disney isn't too thrilled with both its Marvel and Star Wars brands, as the company recently confirmed Black Widow, Shang-Chi, and the Marvel's Avengers video game were a loss, with Wall Street investors doubting Disney Plus and having skepticism about both Marvel and Star Wars.

Rumors also offer Feige and the head of Disney are butting heads.

What is also rather interesting is that Disney didn't bother promoting Star Wars as much during Friday's Disney Plus Day.