While appearing on Ellen, Irish-actor Colin Farrell confirms he is playing the villain Penguin in The Batman and that he starts filming the movie soon.

"I start something in a couple of weeks in London," he tells Ellen who asks him about the recent image that surfaced of him sporting grey hair.

When the image hit the net, originally it was thought to be for his Penguin look for The Batman, but now we see that Farrell's hair is dark (watch below), so it's safe to assume the look of Penguin hasn't yet been revealed in any way.

"That was me not camera ready. That was me before I was hit with makeup," responds Farrell. "I decided to dye my hair after I got back to Los Angeles so I went to Rite Aid and spent about eighty dollars on Loreal's finest... And then I had somebody come to the house and fix it." 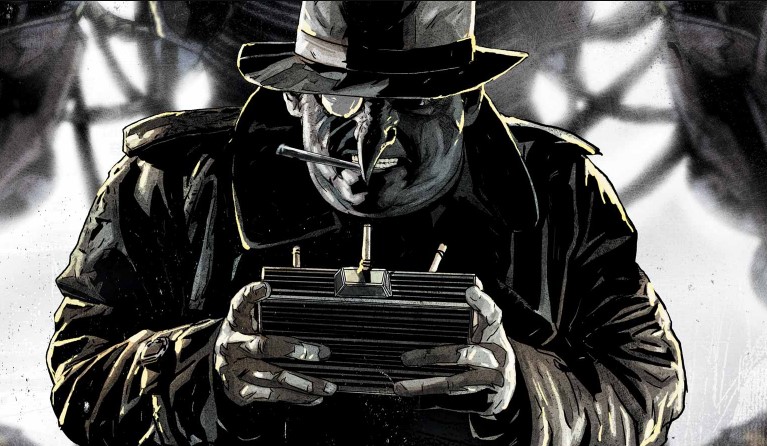 Colin Farrell playing Oswald Cobblepot, aka Penguin, in The Batman

Ellen asks who is he playing in this new movie he is about to do.

Colin Farrell jokes and raises his arms: "Yes, the reviews are in!"

"I start in about two weeks,” Colin confirms and talks about what his kids think of him playing Penguin. “They’re sick of me being a bad guy. Which apparently, reading between the lines, leads me to believe that they think I’m okay.”

Colin Farrell talks Penguin and The Batman on Ellen:

Pics of what may be Colin Farrell's character have also surfaced from the set of The Batman, and recently saw Robert Pattinson spotted at a fashion show looking all Bruce Wayne-like and at the same time, perhaps too skinny.