Zoe Kravitz Might Be Teasing Catwoman For 'The Batman'

A recent rumored offered that The Batman director Matt Reeves was looking for an actress that fit the mold of a "Zoe Kravitz-type" to play Catwoman, but interestingly enough, the 30-year-old actress may be teasing the character herself.

The rumor said that Zoe Kravitz was too busy to play Catwoman, with Reeves looking at another actress of color.

However, Zoe Kravitz posted an image of herself on Instagram wearing a Batman t-shirt.

Why it is worth mentioning is because the t-shirt sports a similar version of the Batman logo that director Matt Reeves previously teased on social media as well.

Are the two connected?

Aside from the casting announcement of Robert Pattinson as Batman, no additional casting has been made known, so we will have to wait and see if Zoe Kravitz has landed the part of Catwoman.

A quick check of her IMDb page reveals she only has the High Fidelity series in the works, so maybe she does have time to film the movie and play the role of Selina Kyle. 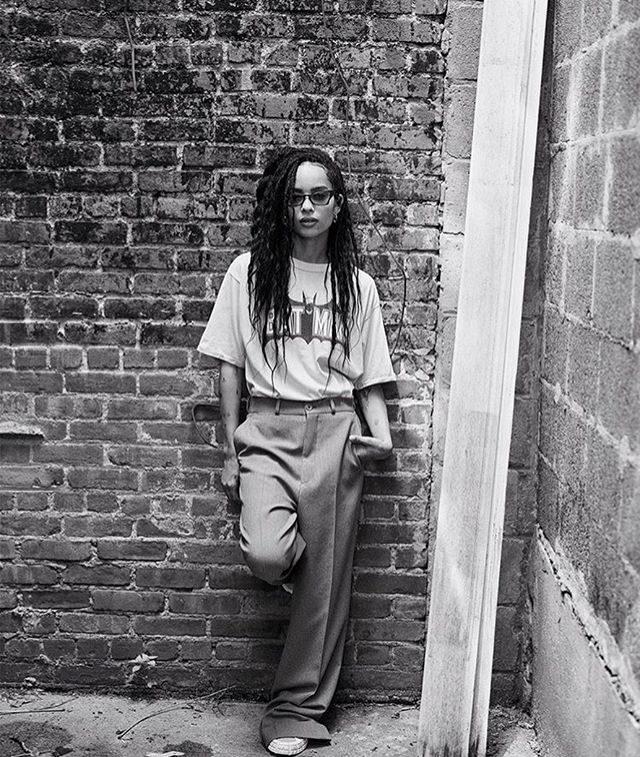 Zoe Kravitz as Catwoman In The Batman?

Interestingly enough, Kravitz does have some DC connections as she once dated The Flash actor Ezra Miller and her mother is married to Aquaman Jason Momoa, Cosy Show actress Lisa Bonet, with her father, of course, being singer Lenny Kravitz.

In addition to Catwoman, it is also rumored that Matt Reeves is looking at persons of color to play both Commissioner Gordon and Poison Ivy.

Catwoman is also one of a number of rumored villains for the flick, as in addition to Poison Ivy, villains are said to include Penguin, Riddler, Two Face, Firefly, Mad Hatter, with DC insiders filling me in possibly even more.

Catwoman and Selina Kyle have recently been played by Camren Bicondova on Gotham, and Anne Hathaway in Christopher Nolan's Batman: The Dark Knight Rises. Michelle Pfeiffer also played the character in 1992's Batman Returns, with Julie Newmar playing The Catwoman in the Batman '66 TV series.

Halle Berry played the titular character as well in the 2004 movie.

The Batman has a June 25, 2021 release starring Robert Pattinson, with the plot of the movie said to be exploring a detective case where people start dying in strange ways so Batman must go deep into the dark world of Gotham City to find the clues and solve the mystery/conspiracy connected to Gotham City's history and criminals.

The Batman: Zoe Kravitz Staying In Catwoman Shape During Coronavirus
Wonder Woman 1984 Release Date May Be Delayed Because of Coronavirus
The Batman Filming As Logo Is Revealed