Check out a first look at Cobra Kai actor Xolo Maridueña in the Blue Beetle costume as the movie is now filming.

The flick is filming in Atlanta, Georgia where the 20-year-old actor is playing Jamie Reyes.

Blue Beetle was at first being developed for the HBO Max streaming service but has since been announced to be getting a theatrical release directed by Angel Manuel Soto, with the DC film also starring Harvey Guillén in an unknown role, Elpidia Carrillo as Rocio Reyes, Bruna Marquezine as Penny, Adriana Barraza as Nana, Damián Alcázar as Alberto Reyes, Belissa Escobedo as Milagro Reyes, and Sharon Stone is playing the villain.

The director previously said the film is inspired by the likes of Akira, Dive, and Pacific Rim, and the movie focuses on Jaime Reyes and his family, and according to Soto, the movie opens the world for other Latino characters to come and representation.

Xolo Maridueña also said he is inspired by Robert Pattinson’s The Batman.

“He’s inspiring in terms of coming from Twilight and then doing Good Time, The Lighthouse, this new Batman movie — really killer projects…. My goal is to play an antihero — a dark, greedy person that for some reason is doing bad things, but you’re still rooting for him,” Maridueña told Teen Vogue. “It’s going to touch on a lot of things that haven’t been touched on before in superhero movies…”

Blue Beetle has an August 18, 2023 release date. DC Comics describes the character in part as: The most recent Blue Beetle is Jaime Reyes, a teenager from El Paso, Texas who bonded with Dan Garrett’s Scarab. The artifact gave him incredible alien armor which he used to defend his hometown from all manner of metahuman criminals.

Xolo Maridueña has been spotted on the set of #BlueBeetle in full costume!

Check out all the pics here: https://t.co/myGWZ4LN9E 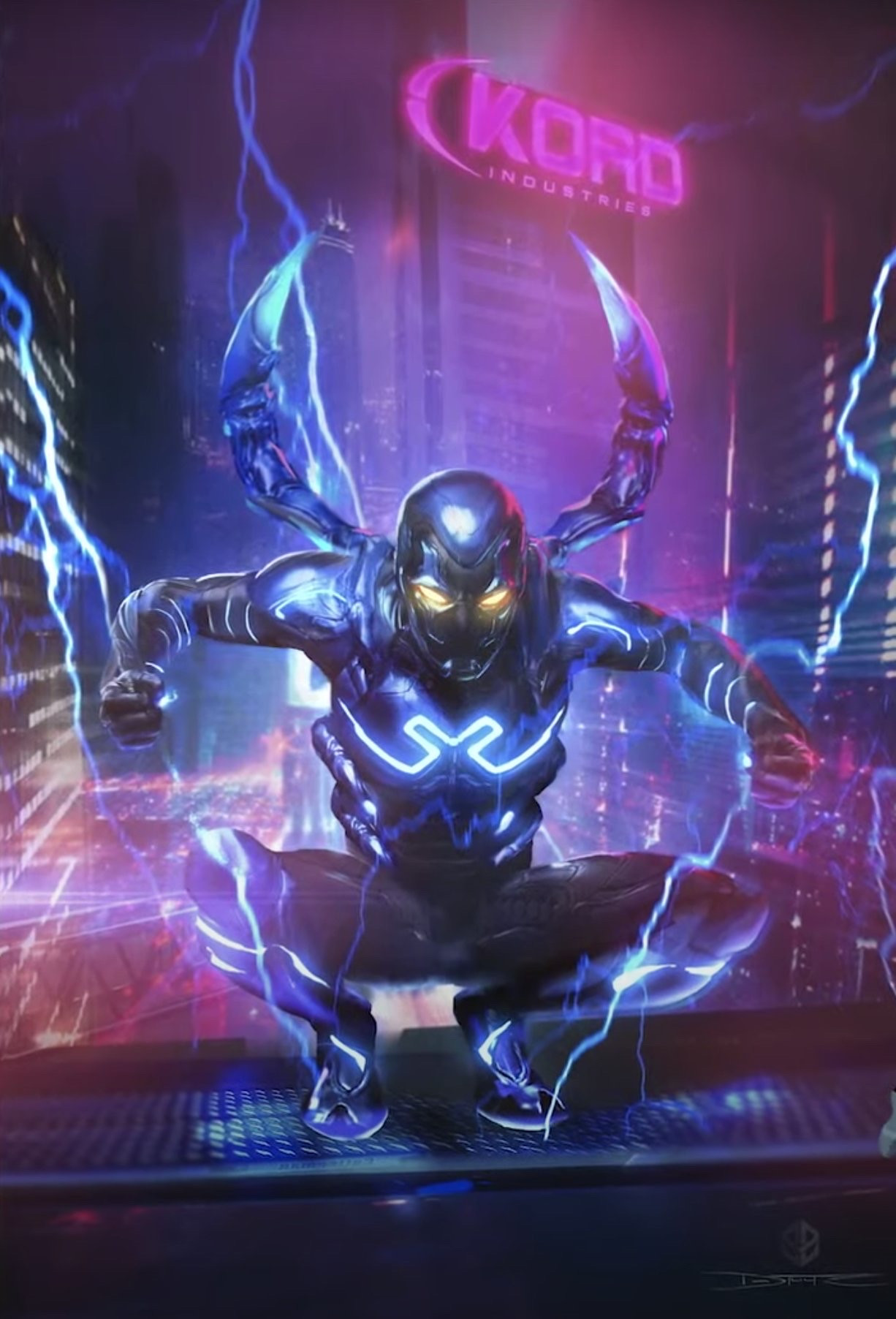