Following the disaster known as WW84, it’s claimed that Patty Jenkins is out as the writer of Wonder Woman 3.

A rumor has hit the net that offers:

Development on Wonder Woman 3 is in the early stages but some studio heads are eyeing different experienced writers before the script begins.

Jenkins wrote Wonder Woman 1984 along with Geoff Johns, but Jenkins has admitted she was given free rein, so WW84 being so bad seems to be on her shoulders.

Checking IMDB, Jenkins doesn’t have a lot of writing credits (Johns is a well-known writer), so “eyeing different experienced writers” seems to be all about Jenkins. 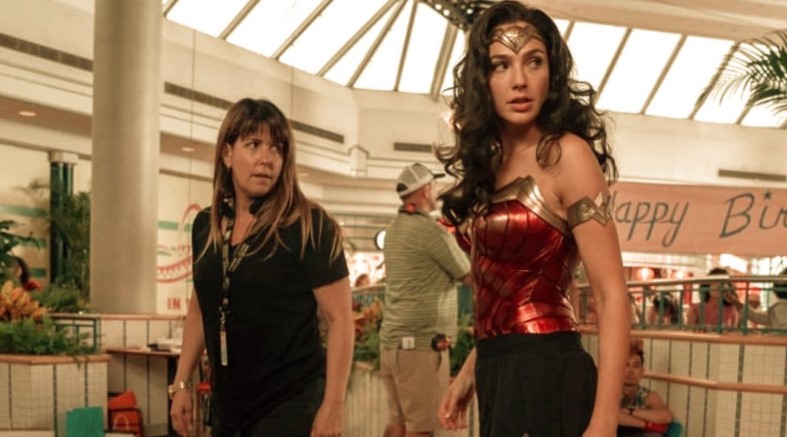 It’s been reported that Patty Jenkins didn’t like the action-packed ending to her first movie and that she butted heads with producer Zack Snyder and his stunt and visual effects team on the film, so Jenkins got rid of Snyder on the sequel and his choice of writer, which in hindsight, now we know was a huge mistake, as the WW84 action scenes and special effects were downright terrible, especially compared to the first movie, and the WW84 ending was bland.

Wonder Woman 1984 was a big mess from out of the gate with its two openings, one that was goofy and made no sense, and things continued downhill with two lackluster villains and a really lame ending.

Gal Gadot even admitted they ditched the sword and shield because they found it to be too aggressive (seriously, they said that about a comic book movie).

Geoff Johns also let it be known the original plan for the sequel was to feature a different villain — a villain that would have fit nicely with the first movie and a potential third one.

Jenkins nixed all that, and what we got was DC’s version of the Brie Larson Captain Marvel movie and Disney’s Star Wars The Last Jedi, and it failed completely just like the latter two.

What is also interesting is that it has previously been rumored Patty Jenkins might be out as the director of Wonder Woman 3 as well.

While obviously, we don’t know how true the rumors are, it could at least suggest internal talks within Warner Bros. are discussing what to do about Wonder Woman 3, as I would be worried, too, considering Wonder Woman 1984 failed to deliver.

I actually wouldn’t be surprised if both Jenkins and Gal Gadot are out and that The Flash reboots Wonder Woman, as Jenkins and Gadot have multiple projects before WW3, which if they stuck around would mean WW3 is years away.

WW84 also has a 59% Rotten Score on Rotten Tomatoes, a huge drop compared to the first film’s 93%.