As a result of the Coronavirus, Warner Bros. has decided to push back the Wonder Woman 1984 release date.

“When we greenlit Wonder Woman 1984, it was with every intention to be viewed on the big screen and are excited to announce that Warner Bros. Pictures will be bringing the film to theatres on Aug. 14,” Toby Emmerich, Warner Bros. Pictures Group chairman, said in a statement. “We hope the world will be in a safer and healthier place by then.”

Director Patty Jenkins also doubles down on the film getting a theatrical release as Jenkins responds to the new release date on Twitter:

We made Wonder Woman 1984 for the big screen and I believe in the power of cinema. In these terrible times, when theater owners are struggling as so many are, we are excited to re-date our film to August 14th 2020 in a theater near you, and pray for better times for all by then pic.twitter.com/85ykQ8x6NE

Gal Gadot also posted on social media: “In these dark and scary times, I am looking forward to a brighter future ahead. Where we can share the power of cinema together again. Excited to redate our WW84 film to August 14, 2020. I hope everyone is safe. Sending my love to you all.” 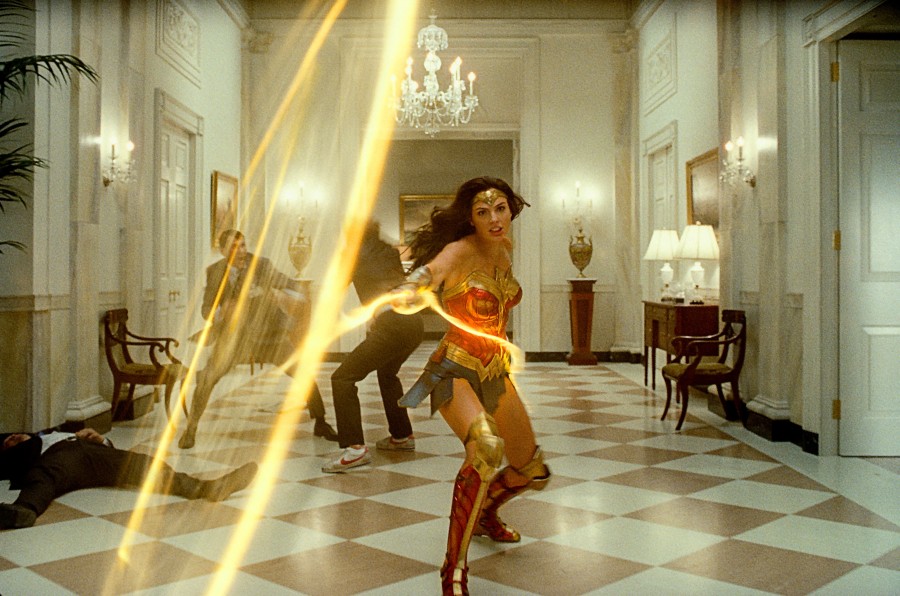 James Wan’s Malignant originally had that August 14 release date, but was bumped for Wonder Woman 1984; WB hasn’t announced a new release date for Malignant of yet.

WB also pulled In the Heights from its release schedule that was originally supposed to come out June 26.

Likewise, Scoob, the new Scooby-Doo animated movie set for May 15, has been pulled and has no release date as of yet.

Production has been forced to shut down on Hollywood movies and TV shows including The Batman, The Matrix 4, Shang-Chi, The Falcon and the Winter Soldier, WandaVision, Loki, The Flash TV show, Batwoman, Supergirl, The Witcher Season 2, and The Flash Flashpoint movie has seen its pre-production delayed.

Major league and college sports have also been forced to close including the NBA, MLB, NHL, MLS, NCAA March Madness, the XFL, and Vince McMahon’s WWE has changed how it is going to present Wrestlemania.

Movie theaters are also shut down around the world, but the good news, at least, is that movie theaters and things in China are slowly reopening and returning to normal.