While the VFX artist might not be big fans, Zack Snyder happens to think his version of Steppenwolf is awesome and offers it was thought to be too scary.

During Zack’s live-stream of the new Snyder Cut trailer, Snyder went over his thoughts on his version of Steppenwolf, which looks a lot different than the theatrical version.

“There were discussions and a lot of back and forth about the new design and the creation of this new design,” explained Snyder on the Vero app. “I think the initial thought was that he was a little too scary and a little too alien and a little too intense. I personally thought he was awesome and that he represented a real threat, and does represent a real threat, not just to the Justice League, but to the entire planet. I think he looks amazing and that the team has done a great job.”

Just prior to the release of the new and updated Snyder Cut trailer, Zack released a first look image at his version of Steppenwolf which shows off that scariness and alien threat, but it didn’t come without a bit of controversy as some fans don’t like the look of the design of the armor.

Zack has also said that the armor is a “Space Knight” armor and that in the Snyder Cut there will be footage of Steppenwolf without the armor, so the final design of Steppenwolf remains to be seen.

It’s also been said that Zack let it be known the armor is almost alive and that it can change shape and hold things like arrows after blocking them, and also that “Space Knight” armor can also flatten and is made up of space metal that can shapeshift into whatever Steppenwolf likes as a part of his body.

Zack also let it be known that at one time in his DCEU canon, Steppenwolf teamed with Darkseid to fight Doomsday, not the Michael Shannon version, but the real Doomsday that is still out there, the one that originated on Krypton.

The look of this Steppenwolf is starting to grow on me and I’m excited to see the Justice League do battle against him, particularly with the Henry Cavill Superman footage we haven’t seen. It will also be interesting to see if Zack adds Harry Lennix’s Martian Manhunter into the final battle. 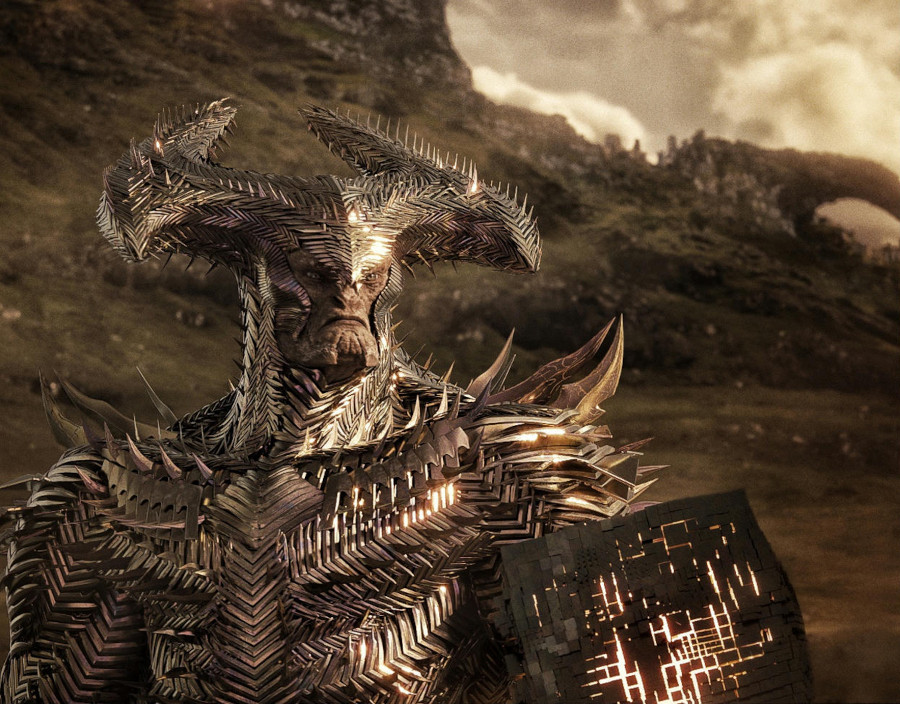