When the Snyder Cut of Justice League is released on HBO Max, its runtime will be longer than the 214 minutes previously teased by Zack.

“No one is going to accuse me of making short movies. That’s a fact. I think my track record with the director’s cuts is pretty crazy,” said Snyder. “I have sort of famously advertised the runtime at 214 minutes. Certainly, in its current state, it’s going to be longer than that yet. Exciting to bring all this new material to the fans. They get to see all these crazy and awsome new sequences, and I think that is going to be really exciting for everyone.”

It’s previously said that the Snyder Cut may get released on HBO Max as a series instead of a super long movie, so Zack offering it’s going to be longer than 214 minutes, which is almost four hours in length, seems to hint that a series is going to happen.

Zack previously teased the Snyder Cut runtime when he teased the movie’s relation to the Holy Grail: 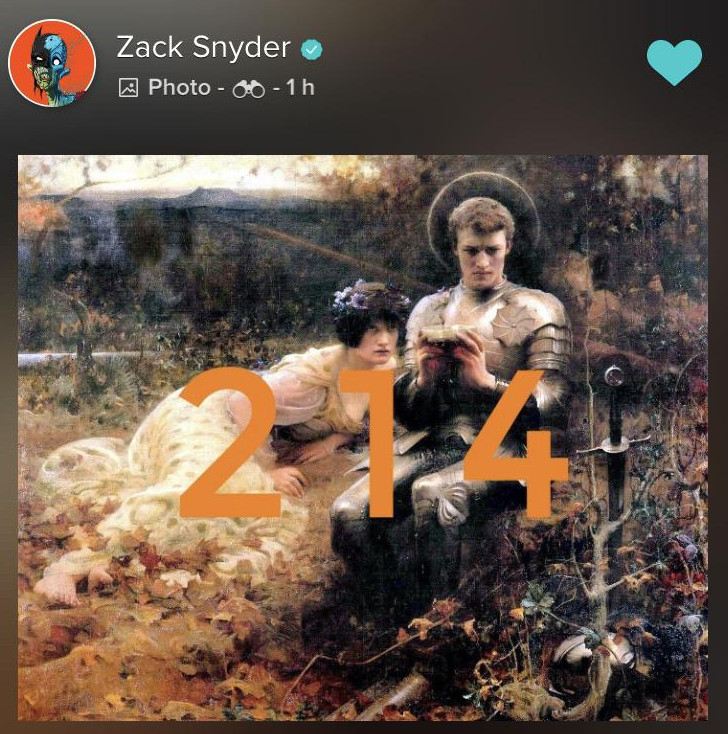 What’s also cool about what Zack has to say is that he confirms new scenes will be shown, as it has previously been said that when Joss Whedon took over the movie that Whedon basically rewrote and reshot the entire film, upwards of at least 80 minutes. So again, this won’t just be a recut of the Whedon Justice League, but something entirely different and never before seen.

“I want to thank HBO Max and Warner Brothers for this brave gesture of supporting artists and allowing their true visions to be realized. Also a special thank you to all of those involved in the Snyder Cut movement for making this a reality,” said Snyder in a statement released with the official announcement of the Snyder Cut on HBO Max.