The views for Zack Snyder’s Justice League on HBO Max are dwindling and continue to be lower than that of Wonder Woman 1984.

Of course, it makes sense that the numbers are lower following the weekend premiere, but again the views are lower than WW84, and it may suggest Zack Snyder’s Justice League won’t have high repeat viewing (I think it was a big mistake to release the flick as a four-hour movie instead of a series – more on that below).

Regarding the numbers, they again come from Samba TV, a company that claims to be able to measure TV audiences.

Samba TV claims that in its first seven days of release in the U.S., Zack Snyder’s Justice League has been watched 2.2 million times: 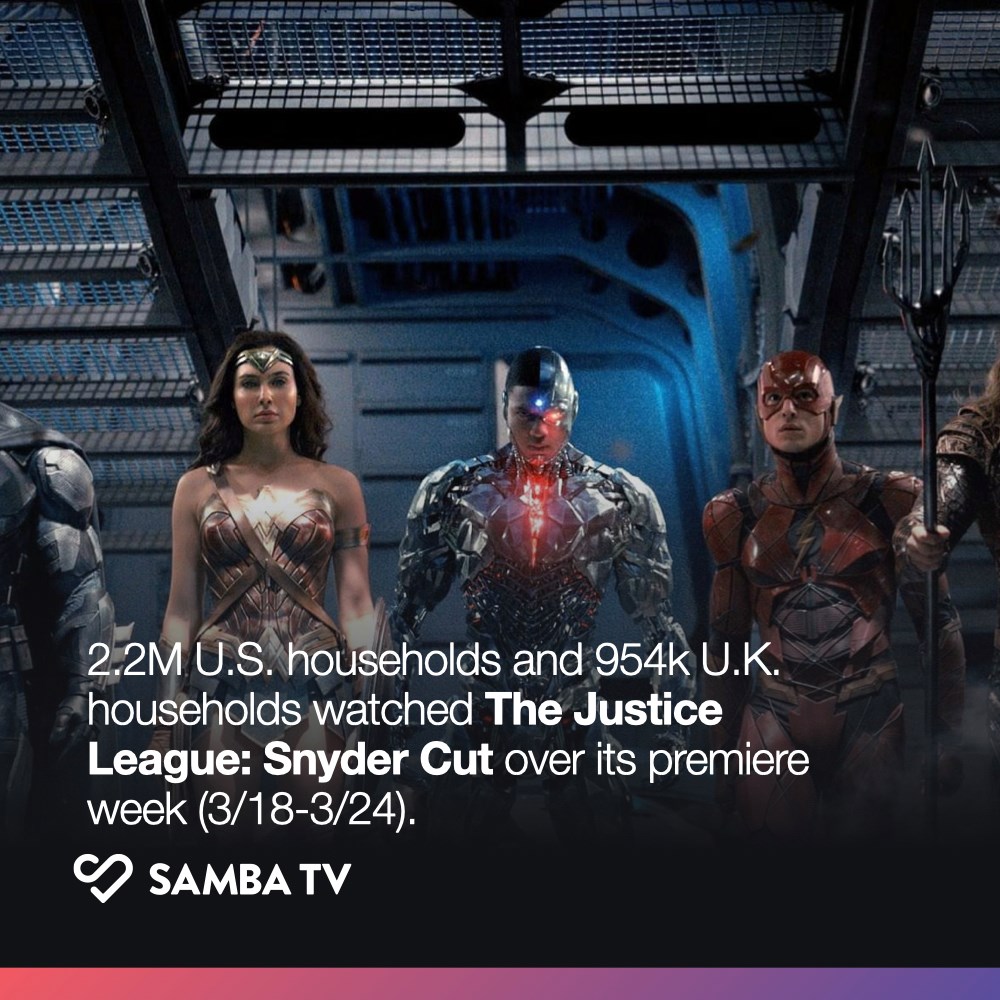 Wonder Woman 1984 in its first seven days is claimed to have been watched 3 million times, according to Samba TV: 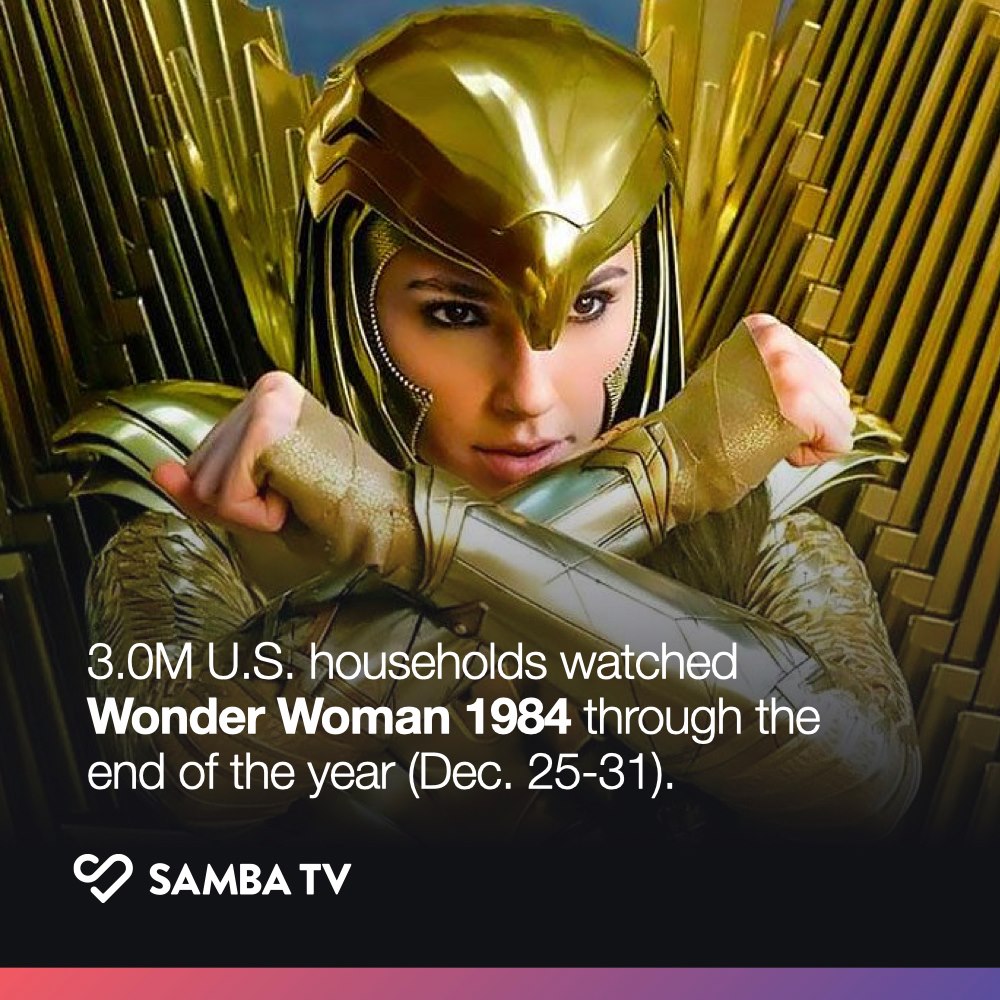 Samba TV also previously claimed Zack Snyder’s Justice League was watched 1.8 million times in its first four days of release (includes the weekend), which would mean only 400K (a drop of over 77%) watched it the next three days (weekdays). 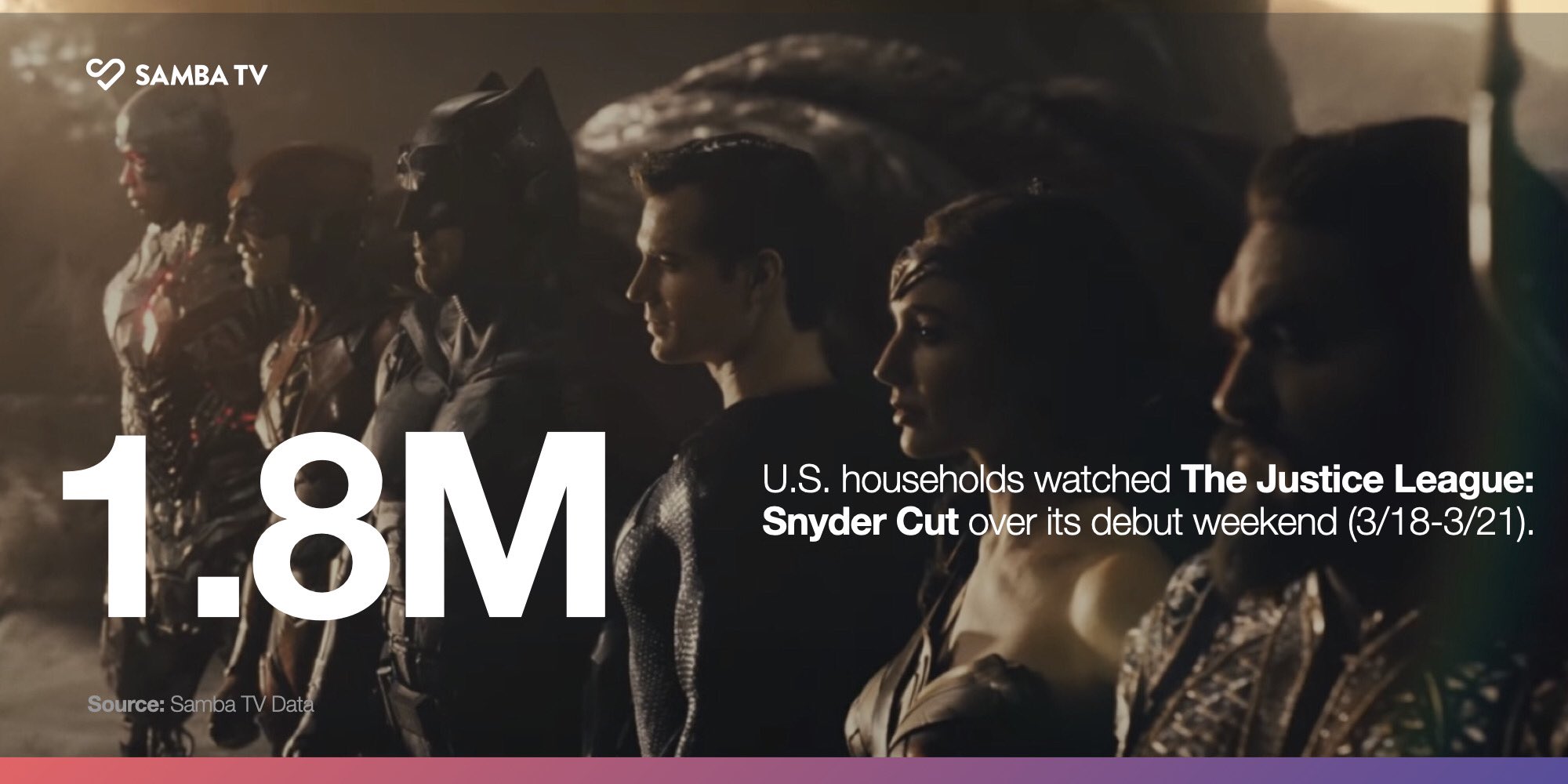 Why the comparison and numbers matter between WW84 and Justice League is because the movies were meant to increase the HBO Max subscribership, but that doesn’t seem to be the case.

As I have previously said, HBO Max will instead focus on higher quality TV shows (such as Game of Thrones spinoffs, Harry Potter, etc), which is what Netflix and Disney Plus have done to attract viewers.

I’ll also add that conversations I have had with “normie” friends have said that while they did like the Snyder Cut a lot (I liked it a lot, too), they felt it was really long. They all have 9-5 jobs, kids, etc., and trying to watch a four-hour movie is difficult to fit into their schedule. I know the original plan was to release the Snyder Cut as a series, and according to YouTuber Grace Randolph, Zack Snyder was going to include a stinger at the end of each episode to increase the hype for the next episode, but WB pulled the plug on a series release for some reason.

While fans are hoping for more DC from Zack Snyder on HBO Max, it seems Snyder is going to increase his partnership with Netflix rather than getting a chance to continue the Snyder Verse, especially with J.J. Abrams, Matt Reeves, and James Gunn taking over the DC films.