Ryan Gosling has been said to have been in talks with Marvel with a rumor offering for Nova, but it’s not true.

Josh Horowitz took to Twitter to squash the rumor as Horowitz recently spoke to Ryan Gosling on his podcast and asked about Nova.

“Ryan and I chatted about the Nova rumors yesterday which he said aren’t true,” tweeted Horowitz.

So if the Nova rumor isn’t true, who would Ryan Gosling like to play in the Marvel Cinematic Universe?

“BUT this morning Ryan reached out to me to say there is one superhero he wants to play…GHOST RIDER,” said Horowitz.

Next week my full chat w/Ryan Gosling for @MTVNews
But for now, an honest to goodness EXCLUSIVE.

Ryan and I chatted about the Nova rumors yesterday which he said aren’t true. BUT this morning Ryan reached out to me to say there is one superhero he wants to play…GHOST RIDER pic.twitter.com/1jnC5ht4UY 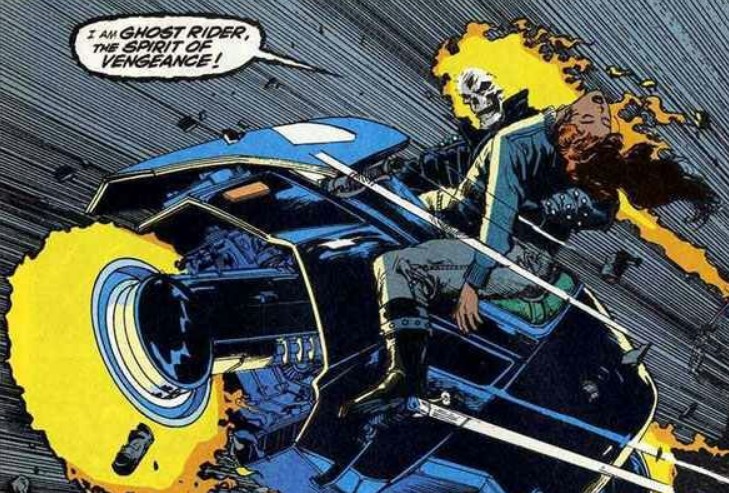 I’ll be honest, when I first heard the mention of how Ryan Gosling is said to be in talks with Marvel, the first character that came to mind is Nova, but when I googled his age and found out he’s 41 years old, I thought Gosling too old to play Nova. I believe in the Annihilation comics, Richard Rider is only around 22 years old, so I am hoping Feige goes for something like that, though to be honest, I’m not holding my breath it will come out any good.

Also, if I have to guess, Ryan Gosling seems to have a big relationship with Warner Bros. so maybe Gosling will actually eventually end up as a DC character. Hal Jordan?

That said, Gosling is starring with Chris Evans in Netflix’s The Gray Man from The Russo brothers, so maybe they have chatted up Marvel, as it is speculated the Russos are returning to Marvel for Secret Wars. How about as the Dan Ketch Ghost Rider?

Nova in development for the MCU

Regarding Nova and the MCU, it has been confirmed Nova is in development at Marvel, as either a movie or Disney Plus series is in development with Moon Knight writer Sabir Pirzada attached to the project, but what is unclear if it’s the original Richard Rider version or the woke replacement wannabee Spider-Man version that can’t sell any comics, Sam Alexander (or both).

DC is going with a Blue Beetle movie featuring a Latino lead and character and we all know how Kevin Feige likes to play follow the leader, so fitting with Phase 4, Feige could be going with the awful Sam Alexander character.

The only saving grace might be that Sam Alexander was created by Jeff Loeb, and it’s been said Feige and Loeb hate each other, so maybe Feige might not want to bring Sam Alexander into the MCU to avoid paying royalties to Loeb. It’s also my guess why you might never see the Red Hulk in the MCU.