The first Obi-Wan Kenobi poster has been released which confirms a May 25, 2022 release date, and it also may mean a Super Bowl trailer will be released this Sunday.

The poster featuring Ewan McGregor as Obi-Wan on Tatooine gets released following Wednesday’s last episode of The Book of Boba Fett as well as the earlier accidental leak of the May release.

StarWars.com offers that one of the greatest Jedi ever is back for a new mission which features Ewan McGregor reprising his role as the iconic Jedi Master.

Regarding the possibility of an Obi-Wan Kenobi Super Bowl trailer, it has recently been reported that Disney may be releasing trailers for Doctor Strange 2 and Moon Knight, but with this first poster release, an Obi-Wan Kenobi trailer could be dropping Sunday at Super Bowl 56. 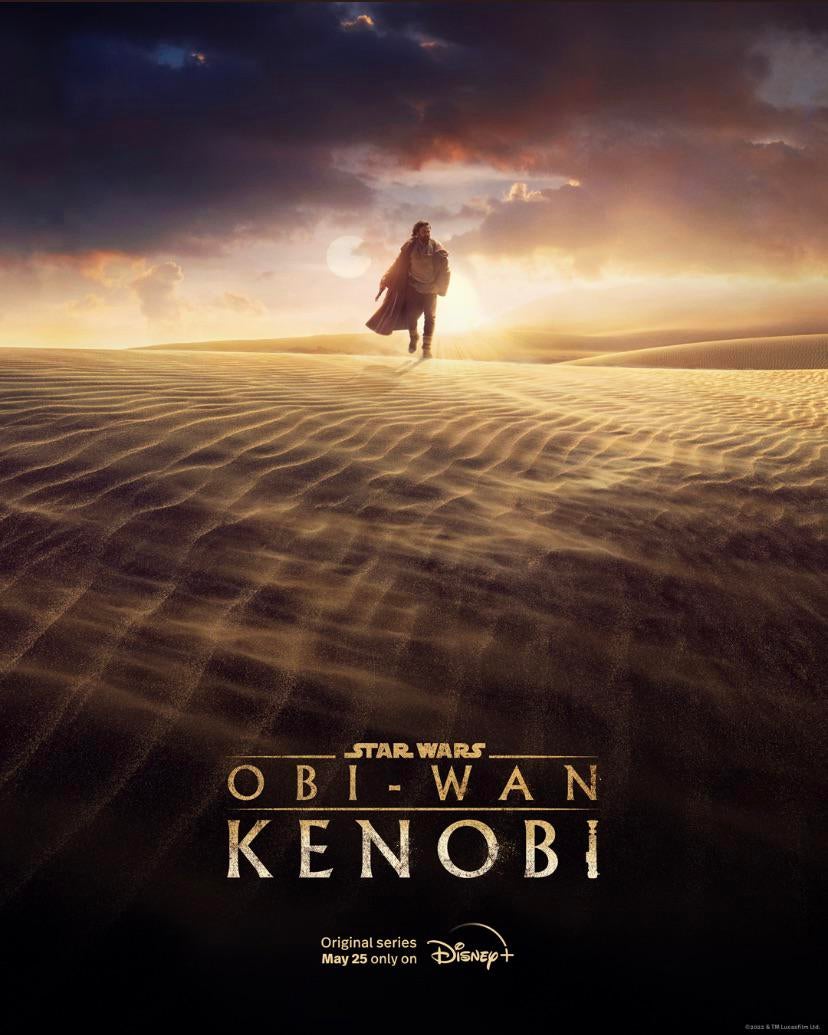