'The Book Of Boba Fett' Chapter 7 Review: As Expected

The Book of Boba Fett Chapter 7, the final episode of the season (series?), aired Wednesday on the Disney Plus streaming network, and I think we should start by giving a standing ovation to The CW for providing such an entertaining final episode and series.

The Book of Boba Fett should have been an epic masterpiece in Star Wars storytelling, but instead, it was a big-time rush job and a major disappointment where the titular character didn't even appear in the best episodes of the series. It boggles my mind how Lucasfilm can be in such disarray and so completely incompetent. Seriously. I would fire everyone involved with Star Wars. I also can't get behind the thinking of Disney putting out these really poor-quality shows on its streaming service, which also includes Marvel. Arrogance? Stupidity? Both? Probably. SMH.

Related: Check out concept here from the episode 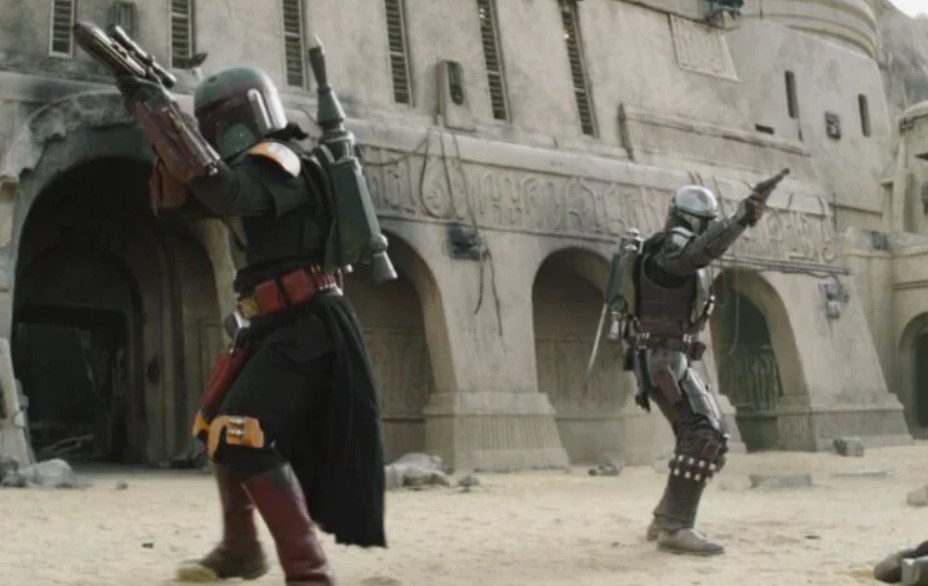 Sadly, following the disaster crapfest known as the Disney Star Wars Trilogy, there seemed to be a bit of hope with The Mandalorian, but The Book of Boba Fett is one step forward and two steps back. The Book of Boba Fett didn't need to have those two episodes (Chapters 5 and 6), which were from The Mandalorian (I hope you didn't get hoodwinked into thinking Chapter 7 would be similar), but since the show was so badly written and rushed, it's obvious they threw those two episodes in as fan service, but again, they ended up hurting The Mandalorian and Star Wars.

Baby Yoda Grugu should never have appeared in this series, he should have either reappeared sometime at the end of The Mandalorian Season 3 or at the start of Season 4. The character is quickly coming off as a deus ex machina where it happened not once, but twice in tonight's episode. Sure the character is popular, and admittedly seeing Grogu back with The Mandalorian is great to see, but it's going to get old fast. All we can hope for now is that Mando takes Grogu back to Luke and the Jedi Temple, otherwise all The Mandalorian Season 3 is going to be is more deus ex machina where Baby Yoda uses his Force powers to save Mando. And speaking of Luke, Luke sends Grogu off by himself in the X-Wing with R2-D2? What? I am guessing Disney ran out of funds for the Luke CGI.

I was also disappointed by Boba Fett in this episode as I felt that again he comes off as big-time underwhelming and lackluster. He can't make a decision for himself, and I don't know why anyone would follow him. And again, Fennec Shand is the ultimate badass. Why wasn't it Boba Fett who took out the Syndicate leaders at the end? It would have gone a long way to making Boba Fett something, anything. I also think it should have been Boba Fett who tamed the Rancor, not Grogu. I was expecting Boba Fett to land on the Rancor and tame him, not a second deus ex machina from Baby Yoda. Am I the only one that was hoping Cad Bane would put an end to Boba Fett for good and then Fennec Shand could rise to power? I seriously thought it was going to happen. 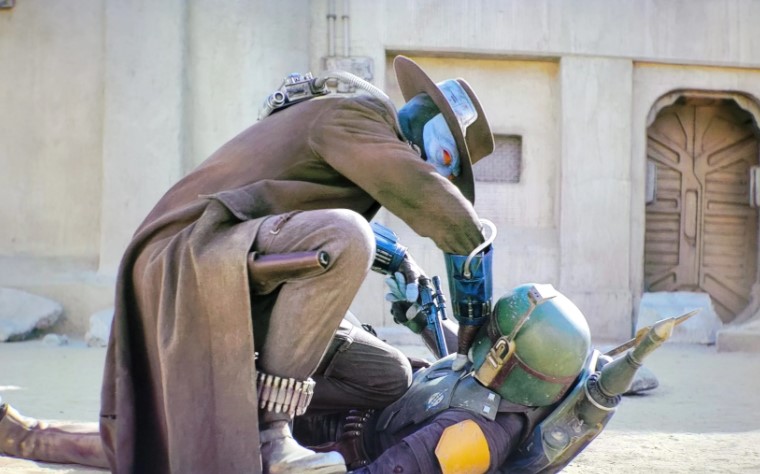 So what about Cad Bane?! They introduce him an episode prior which was really awesome, everyone loved, it and then they kill him off the next episode? I felt like I was watching a Zack Snyder Superman movie. Yeah, sure, Cade Bane might not be dead, his chest thingy was still beeping, but, the character was really cool and they should have kept him around. When the post-credit scene aired and they showed the Bacta Tank, I was actually hoping it was Cad Bane, but nope, it happened to be The Marshal. I don't get why that was even a post-credit scene as Cad Bane only shot The Marshal in the shoulder. Again, this series is so badly written and rushed it's a complete embarrassment.

Speaking of embarrassment, Robert Rodriquez should be embarrassed for directing such a crappy episode, as the filming and the battle scenes were atrocious. I was cringing when Boba Fett and Mando shot that one bad guy like a dozen times as he fell to the ground. I was cringing again when that cyborg dude with the eye did a little spin thing while holding the Black Wookie to fire his gun, instead of simply just firing his gun. And speaking of the cyborgs, aka the cyberpunk lollipop gang, they're awful and have no business being in Star Wars. And speaking of awful, the Twi'lek dude is terrible: Why couldn't he die? Or how about when the Black Wookie was getting gang attacked, and they all smothered him and gave him a big hug? Well, at least I was sorry to see the Gamorreans go. 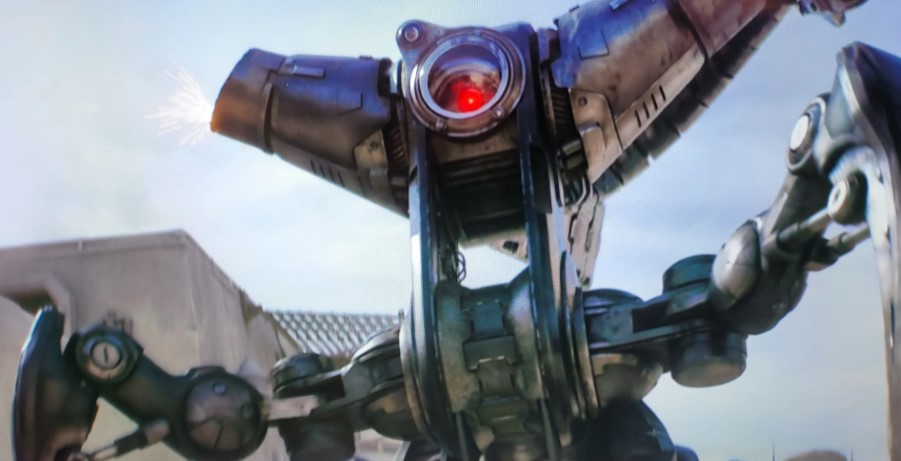 Then how about those two droids? WTF! They shoot worst than Stormtroopers. Seriously, did they hit anybody? The Free Town people are all running down the street and the droids have these big ass guns, and they couldn't hit any of them? It was laughable and a complete waste. How awesome would it have been if they gunned down a half dozen or so of them? Or how about the reactions from the various locals during the fight? It was like the episode was directed by someone who never directed anything before.

I will say Boba Gett getting and riding the Rancor was pretty awesome, and I did completely forget about the Rancor, so that was a cool surprise, but again the show is called "The Book Of Boba Fett" -- not The Book of Mando or Grogu or Fennec Shand!

Disney needs to put their time and money into putting out quality projects. The Book of Boba Fett does have some cool stuff, but the execution comes off as just really, really bad.