My fears may have become a reality as it is being rumored that Richard Rider Nova will be the new MCU "Spider-Man."

Yesterday I reported on how Spider-Man: Homecoming and Far From Home director Jon Watts is being eyed by Marvel Studios and Kevin Feige to direct a Richard Rider Nova movie, with possible new details now made known.

The latest rumor comes from Mikey Sutton, who was recently responsible for that Wolverine vs. Hulk information.

According to Sutton, Marvel Studios wants to launch a Nova movie that they have been developing for years with Watts wanted by Marvel to direct the flick. It's said with Spider-Man: Far From Home reaching over a billion dollars at the box office that Watts wants a big raise, so reportedly, Disney will be coughing up the cash.

The situation is being compared to Ryan Coogler at Warner Bros. with the Creed movies, as following Creed, Feige offered Coogler Black Panther who scooped it up and didn't do Creed 2.

So with the Watts situation, Disney is trying to nab Watts away from Sony by offering him a boatload of cash for a comparable film with Nova. 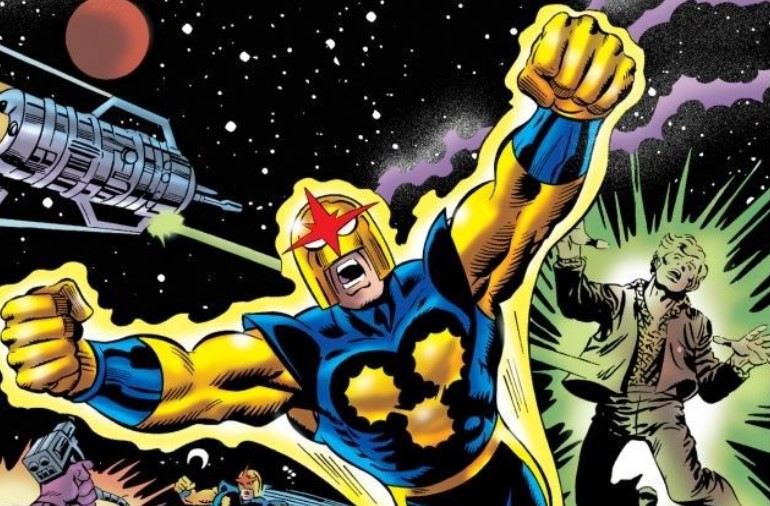 I said in my report yesterday, maybe Feige will be first developing Nova as a Spider-Man-like character and then lead to an Annihilation movie with Silver Surfer and Galactus, which is exactly what the rumor claims to be happening. That is what happened in the comics, but it wouldn't be the route I would go with. Also, like I said yesterday, is that since Spider-Man is apparently out the MCU, Marvel Studios and Feige are looking for a new "Spider-Man" character.

Regarding the route I would go, I would skip the goofy Spider-Man approach to Nova and instead start out with an Annihilation story (has also been rumored), which was already foreshadowed at the start of Infinity War. Long story short, in the comics, (Annihilation and 2007 Nova are awesome series), Xandar, the homeworld of the Nova Corps gets destroyed leaving Richard Rider Nova as the sole survivor who houses the entire Nova Force, the Worldmind and becomes Nova Prime.

A separate rumor claims that Marvel is eyeing actors that have worked with Christopher Nolan, which I have put forth could possibly be Dunkirk actors, 25-year-old Harry Styles or 22-year-old Fionn Whitehead, though with this new rumor of a Spider-Man approach, Feige may be looking at younger actors around the age of 17-20.

I suppose the good news is that Feige is apparently going with Richard Rider Nova, and not his goofy PC replacement, but now we have to worry about Nova getting race bent.

I'll also throw this out there that this info could be simply Disney trying to get Sony to worry about the Spider-Man talks, as in essence, this could be an attempt to scare Sony into coming to a deal over keeping Spider-Man in the MCU, as Sony could be worried that Marvel Studios wouldn't need them as they would have their own "Spider-Man" character as well as director Jon Watts.