Below we'll update as the news becomes available so feel free to follow along (and refresh the browser for updates).

You can watch the Disney Investor Day live-stream at thewaltdisneycompany.com starting at 4:30pm ET, but it has been said if any footage is shown it will be blocked out.

It's also guessed the new WandaVision trailer will be released during the four-hour event as all this week saw the release of new posters. 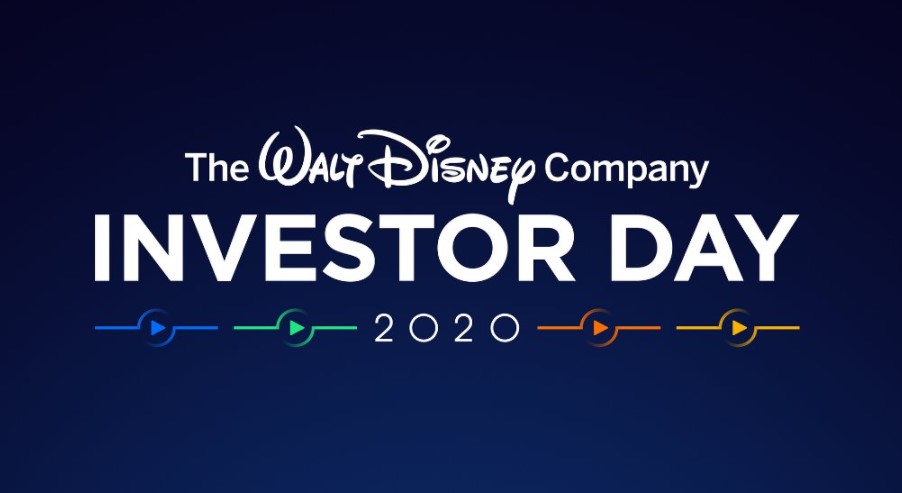 It is time! #DisneyInvestorDay is about to begin. Follow along for all of the big, breaking news!

Disney Plus has reached 86.8 million subscribers.

It's announced Disney Plus will have twenty Marvel and Star Wars series: Over the next few years, roughly 10 Marvel series, 10 Star Wars series, 15 Disney live-action, Disney Animation, and Pixar series, plus 15 all-new Disney live-action, Disney Animation, and Pixar features will be released directly on Disney Plus. “With these Disney+ originals, along with theatrical releases and library titles, we will be adding something new to the service every week,” said Kareem Daniel, Chairman, Media and Entertainment Distribution for The Walt Disney Company.

Raya and The Last Dragon getting released on Disney Plus and in theaters at the same time on March 12, 2021.

Across Disney Plus, Hotstar, Hulu, and ESPN+, Disney Direct-to-Consumer services have over 137 million subscriptions. In 2021, Disney Plus will launch in more markets including Eastern Europe, South Korea, Hong Kong, and more!

Launching soon are Star and Star+, general entertainment content brands outside of the U.S. that will build on the success of Disney Plus internationally and Disney+ Hotstar in India and Indonesia. In Europe, Canada, Australia, New Zealand, and several other markets, Star will be fully integrated into Disney+ and will be accessible as the sixth brand tile in the app. Star launches in many markets on February 23, 2021 – and in Japan and South Korea later in 2021! In select international markets, Star will add a huge collection to Disney Plus, including hit series from Disney Television Studios and FX, blockbuster films and library content from the Disney and 21CF libraries, and exclusive local original content. In Latin America, Star+ will be a standalone app. Star+ will offer general entertainment television series, movies, local originals, live sports from ESPN including soccer leagues, grand slam tennis, and more all in one app in June 2021.

In the U.S., Hulu will launch exclusive original films produced by 20th Century Studios and Searchlight. Expect more news on this front in the coming months.

A sizzle reel is revealed for the Disney platforms but not shown in the live-stream.

Previews are shown for various Hulu shows but not in the live-stream.

The Handmaid's Tale trailer is shown for Hulu with Season 5 announced.

Update on FX, which will be making more exclusives for Hulu including American Horror Stories from Ryan Murphy which is a new anthology spinning off from American Horror Story, the Y The Last Man series based on the graphic novel of the same name, and more.

FX Alien TV series announced which will work with Ridley Scott and will be the first time Alien is set on Earth.

LucasFilm's Kathleen Kennedy talks The Mandalorian and shows off a Season 2 promo.

A sneak peek at Star Wars: The Bad Batch animated series is revealed.

Indiana Jones 5 with Harrison Ford films in the Spring.

Pixar announcements include its next feature film is Luca. It's a celebration of the friendship between a boy named Luca and his best friend Alberto during their unforgettable summer. You won't want to miss Luca, diving into theaters June 2021.

New Pixar series coming to Disney Plus is Dug Days! In this Up spin-off, Dug discovers the dangers of suburbia like puppies, fireworks, and... SQUIRRELS!! Dug Days will premiere on Disney Plus in Fall 2021.

New Pixar series following Lightning McQueen and Mater on a road trip across the country. Featuring new characters, old friends, and imaginative destinations. Coming to Disney Plus in Fall 2022.

The first Pixar original long-form animated series, Win or Lose. The show follows a middle school softball team in the week leading up to their championship game, and each episode is told from the perspective of a different character. Coming to Disney Plus in Fall 2023.

Now the Mavel updates (go here for all the announcements, trailers, images, news).

Trailers for WandaVison, Falcon, Loki, What If?, Ms. Marvel released.

Marvel Studios' The Falcon and the Winter Soldier, an Original Series, starts streaming Mar. 19 on Disney Plus.

Original Avenger Jeremy Renner returns to star as Hawkeye, teaming up with well-known archer from Marvel comics, Kate Bishop played by the amazing Hailee Steinfeld. Additional cast include Vera Farmiga, Fra Free and newcomer Alaqua Cox as Maya Lopez with episodes directed by Rhys Thomas and directing duo Bert and Bertie. Hawkeye, an Original Series, is coming to Disney Plus.

She-Hulk arrives to the MCU! Tatiana Maslany will portray Jennifer Walters/She-Hulk and Tim Roth returns as the Abomination and Hulk himself, Mark Ruffalo, will appear in the series. Directed Kat Coiro and Anu Valia, She-Hulk is coming to Disney Plus.

Moon Knight, an Original Series about a complex vigilante, is coming to  Disney Plus.

Samuel L. Jackson is back as Nick Fury and Ben Mendelsohn from Captain Marvel returns as the Skrull Talos in Marvel Studios' Original Series Secret Invasion. Coming to Disney Plus.

Coming soon to Disney Plus, Dominique Thorne is genius inventor Riri Williams in Ironheart, an Original Series about the creator of the most advanced suit of armor since Iron Man.

Don Cheadle returns as James Rhodes aka War Machine in Armor Wars, an Original Series coming to Disney Plus. A classic Marvel story about Tony Stark’s worst fear coming true: what happens when his tech falls into the wrong hands?

The Guardians of the Galaxy Holiday Special. James Gunn is back to write and direct. The Original Special is coming to  Disney Plus in 2022.

Everyone’s favorite little tree, Baby Groot, will star in a series of shorts on Disney+ featuring several new and unusual characters. I Am Groot, an Original Series from Marvel Studios, is coming to Disney Plus.

Academy Award-winning actor Christian Bale will join the cast of Thor: Love and Thunder as the villain Gorr the God Butcher. In theaters May 6, 2022.

Peyton Reed is back to direct the third Ant-Man film, Ant-Man and the Wasp: Quantumania. Paul Rudd, Evangeline Lilly, Michael Douglas, and Michelle Pfeiffer all return. Kathryn Newton joins the cast as Cassie Lang and Jonathan Majors as Kang the Conqueror.