Jurassic World: Dominion sees its release date pushed back a year, which follows all the delays including the Marvel movies, the DC films, and James Bond No Time To Die.

According to Deadline, the change in release date isn't about worries surrounding the coronavirus as filming is near complete, but more that Universal needs Jurassic World: Dominion to go off without a hitch as it's a multi-billion dollar property that "stretches across the NBCUniversal portfolio in their theme parks, TV/animation, consumer products, live events, and more," and "in addition retail partners and media placement needs to be locked up."

The site points at the recent mix-up surrounding Wonder Woman 1984 that saw a Doritoes campaign take place this past Summer, yet the movie didn't get a release and is now supposed to get released Dec. 25, yet is again facing delays. So Universal doesn't want something similar to happen and decided to push Jurassic World: Dominion back a year to make sure things run smoothly.

Update: A poster has been released: 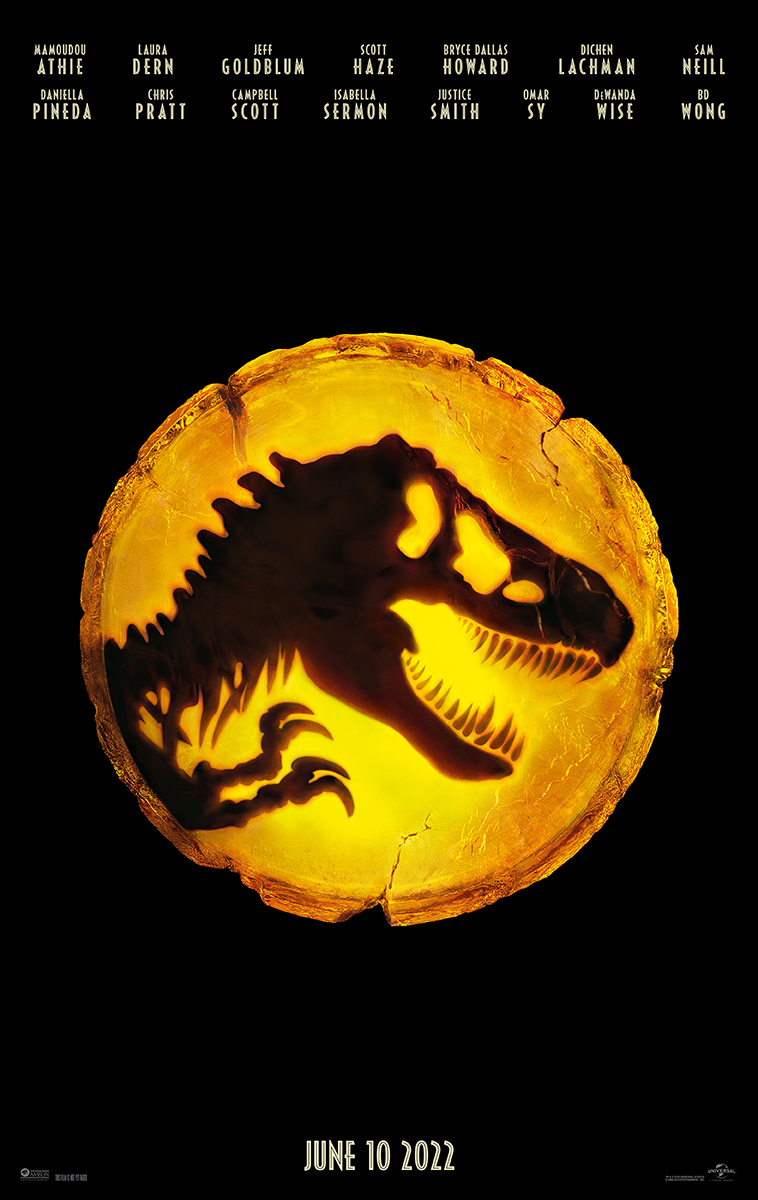 Regarding the Marvel, DC, and James Bond No Time To Die movies, their release dates have been pushed back from 2020 to 2021 and beyond.

Recently saw the Bond release date delayed to 2021 because of fears surrounding the coronavirus as well as Regal announcing the closing of its theaters, which set off a chain reaction in the industry as Warner Bros. recently followed suit and changed releases for The Batman, The Matrix 4, The Flash, Shazam! 2, Black Adam, and Minecraft. Marvel announced its release date delays last month including Black Widow, Eternals, and Shang-Chi.