Henry Cavill continues to rehab his injured leg which follows an accident that took place while filming The Witcher Season 2 for Netflix.

The Geralt of Rivia actor took to social media to reveal his routine involved with rehabbing his hamstring injury.

“Monday to Friday I’m up at 0430 to get a few hours rehab in before my work day starts. Some mornings are rough, but I do always get to see the dawn by the time I’m finishing up. The snow made this one even more enjoyable, if not a touch chilly!” posted Cavill on Instagram.

Back in January, Henry Cavill also addressed his injury which was said to involve Cavill 20ft up in the air.

“We are in lockdown here [in] the UK so I’m using my once a day outdoor exercise to go for my first jog since my hamstring injury! (More on that another time). It wasn’t fast, and it certainly was far, but it has been a major step in my recovery, and my first step to getting back into the groove after a Christmas that may have involved more than a few cups of mulled wine, and an exceptionally fat Turkey,” said Cavill. 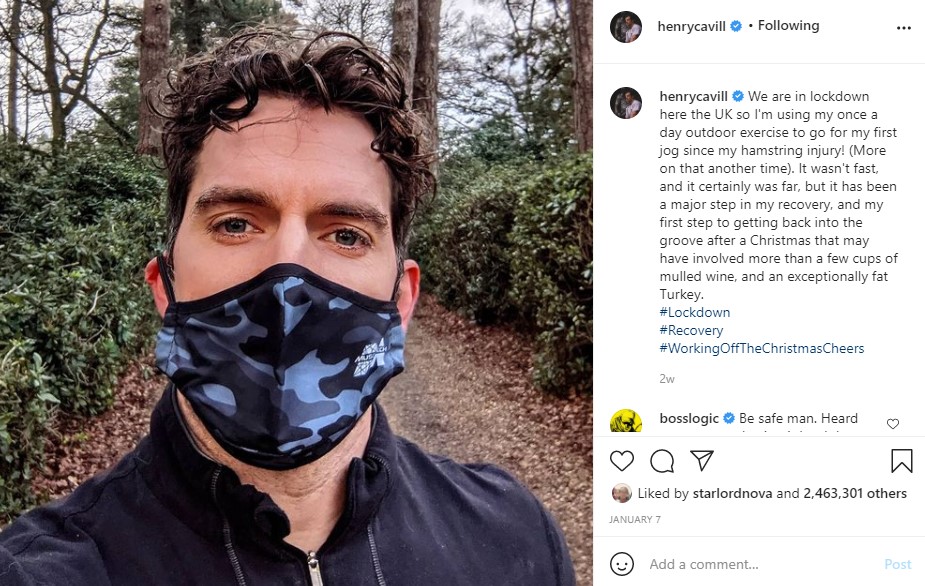 It was reported in December that Henry Cavill had injured his hamstring while working at a height of 20ft in trees while wearing a safety harness.

It’s been well over a month since the first report and we see Cavill is still injured, so the hamstring injury must have been pretty bad, as depending on the severance, a hamstring injury can take anywhere from around a few days to heal to three weeks or longer.

It seems the injury must have been a pull or a slight tear, so Cavill is pretty lucky things are not worse, which could have really hampered The Witcher Season 2 production even further which has already been delayed a couple of times due to the coronavirus.