Green Lantern, The Flash and more are rumored for the Dwayne Johnson Black Adam movie that is set to film this summer.

A rumored list of characters said to be a part of Black Adam has hit the net which includes Green Lantern, The Flash, Hawkman, Hawkgirl, Doctor Fate, Isis, Atom Smasher, and Stargirl (not The CW version).

Likewise, the Jay Garrick The Flash also debuted in 1940, and similar to Alan Scott wasn’t used for a period of time which then saw DC relaunch with Barry Allen. Garrick was also brought back as being from Earth-2.

Dwayne Johnson did recently confirm the Justice Society of America when he said: “JSA. We will introduce you to that, the world to JSA.” 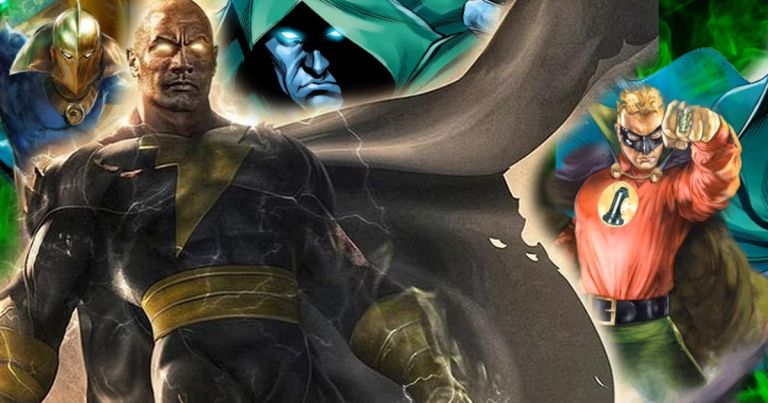 Regarding the Black Adam movie, Grace Randolph offers up the leads, are, of course, Dwayne Johnson as Black Adam, with Hawkman (WB wants to cast someone in their 30s) and other lead being Isis, aka Adrianna Tomaz, who in the movie would be a victim of sex trafficking that gets the power of an ancient Egyptian goddess and powers up by saying, “I am Isis!” Isis’ powers see the character’s emotion affecting the environment, i.e. she is sad it gets rainy, she’s angry it gets stormy, she’s happy flowers bloom, etc.

Black Adam has a December 22, 2021 release directed by Jaume Collet-Serra.