A woke Black Nova may be coming to Captain Marvel 2, which is just a guess by yours truly, as a casting call has leaked online with character descriptions.

The Captain Marvel 2 casting call comes via scooper Daniel RPK where a "supporting male role" is listed where Timothy Chalamet's name is crossed out with the role also compared to a Michael B. Jordan-type (note: it doesn't mean Jordan is wanted for the role, just an actor similar to him).

So whoever the character is, it appears as if Marvel is no longer considering white actors for the role but Marvel only wants a black actor. Big surprise. 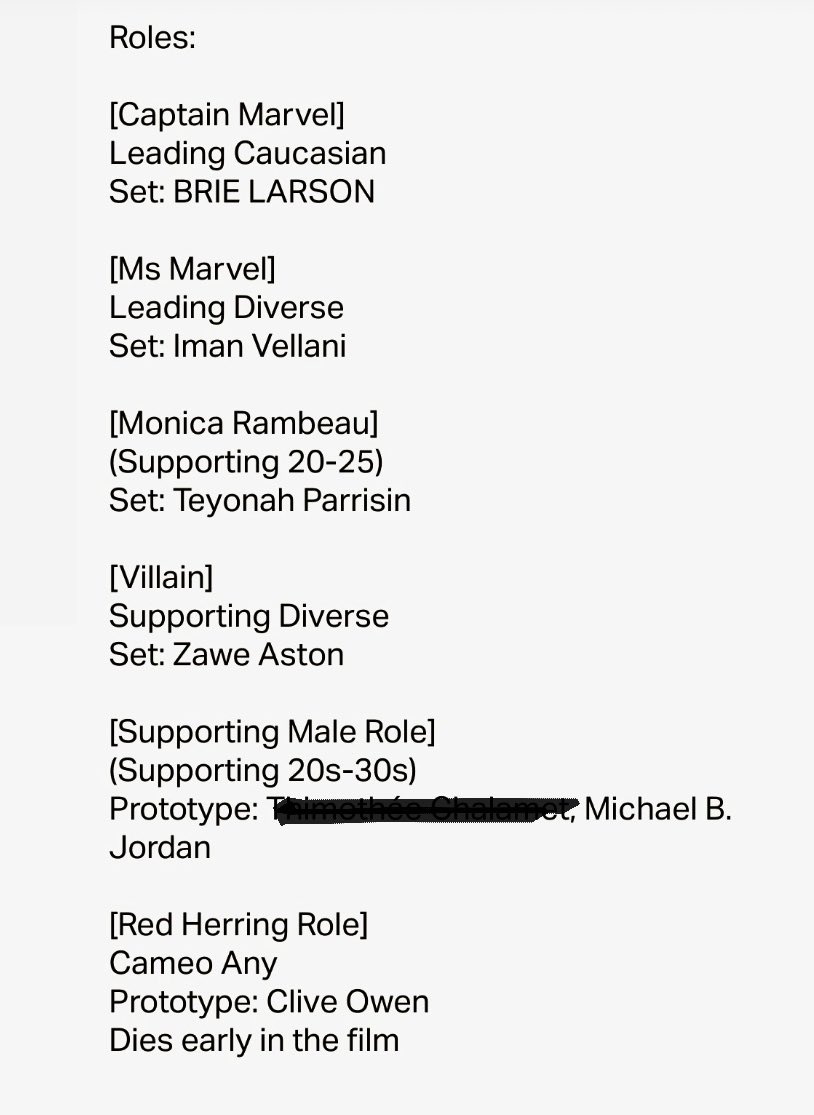 What is interesting is that Nova has been rumored for Captain Marvel 2 as Nova will be trained in space -- by guess who? Why it's Samuel L. Jackson's Nick Fury, so everything seems to fit.

What is also interesting is that the rumor from way back in September of 2019 stated the villain of Captain Marvel 2 will be the Skrull Queen Veranke who was featured in the "Secret Invasion" comic book event series. It's said that since Marvel doesn't own the rights to Spider-Woman, who Veranke pretended to be in the comics, that Veranke may pretend to portray Carol Danvers on Earth. Since Veranke is pretending to be Carol Danvers on Earth, eventually it will lead to some sort of confrontation, which also involves Nova's own mission.

Feige recently announced the Secret Invasion Disney Plus series where it will tie into Captain Marvel 2, which will also feature the woke joke, Ms. Marvel.

I recall years ago Star Wars actor John Boyega stating he thinks Nova is cool when it was said Boyega was eyeing a Marvel role.

The news of a Timothy Chalamet-type possibly being up for Nova fits with rumors offering Marvel was looking at Christopher Nolan actors for the role, and guess what? Chalamet starred as the son of Matthew McConaughey in Nolan's Interstellar.

In the comics, Nova is white dude Richard Rider who acquires the power of the Nova Force after an encounter with an alien, and who in the stellar Annihilation-era comics became Nova Prime (awesome series).

The Russos have also teased Nova (and would have made a much better movie following Infinity War than Captain Marvel).