The Russo brothers confirm that Richard Rider Nova was a part of that huge final battle scene in The Avengers: Endgame.

While fielding questions on Twitter as part of a promotion with Wired, Macho_Franchise on Twitter asked, “How do you guys not have any Nova Corps member in a fight against Thanos? Love the movie, but just boggles my mind. Didn’t even have to be Richard Rider.”

Joe Russo responded, “Look closely at that scene again and you will see…”

“There are thousands of people,” Anthony Russo added.

“You will see Richard Rider in the background of a shot. Easter egg,” Joe Russo confirmed. 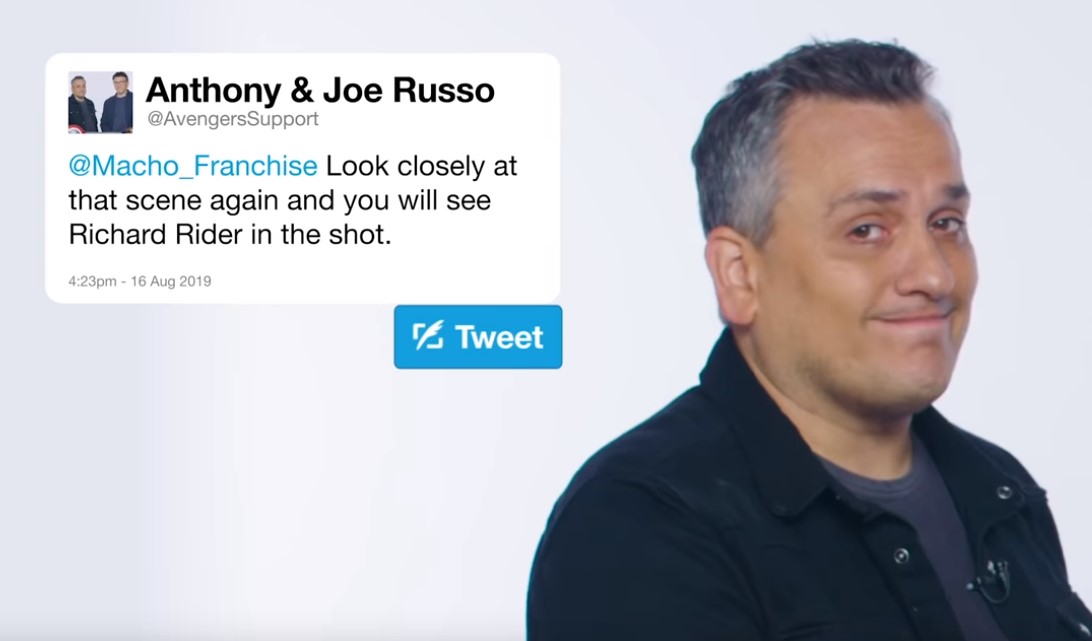 Richard Rider Nova in the final battle in Avengers: Endgame

My own two cents about the question, Macho_Franchise should recall that the Nova Corps were killed off at the start of Infinity War and weren’t affected by The Snap, much like Loki.

Nova rumored for the MCU

What’s pretty cool is, if Kevin Feige ever decides to do a Nova movie, it could show what happened prior to Infinity War with the battle of Xander, which would even mean the Black Order and Thanos could return (in a prequel scene) in the flick. The Snap would then explain why Nova wasn’t seen for the past five years, and things could go on from there. We could even see the final battle in The Avengers: Endgame from Nova’s perspective as well.

An Annihilation movie is actually rumored to be a part of Marvel’s upcoming Phase 5 slate, so cross your fingers.