Black Adam filming may be delayed due to the Coronavirus says Dwayne Johnson, which would join a long list of movies and TV shows that have seen production halted.

Johnson held a live Q&A on Instagram where he talked about his DC movie.

“I’m very excited about Black Adam by the way, I’ve been training very, very hard for that role,” said Johnson. “We were supposed to start shooting it in the summer, in July, and we’ll see. I’m not quite too sure if it’s still gonna happen – or, at least, if we’ll still start shooting in July but it will all work out the way it’s meant to work out.”

Black Adam has a December 22, 2021 release, so the flick is still a long way off, but it should be said, more than likely, the movie will have a lot of CGI, so there will be a lot of post-production work after filming is completed.

Regarding the possible delay, Dwayne Johnson was forced to stop filming on his Netflix movie, Red Notice, which also stars fellow DC actor Gal Gadot, and Ryan Reynolds, so Black Adam might have to wait until filming on Red Notice is complete. 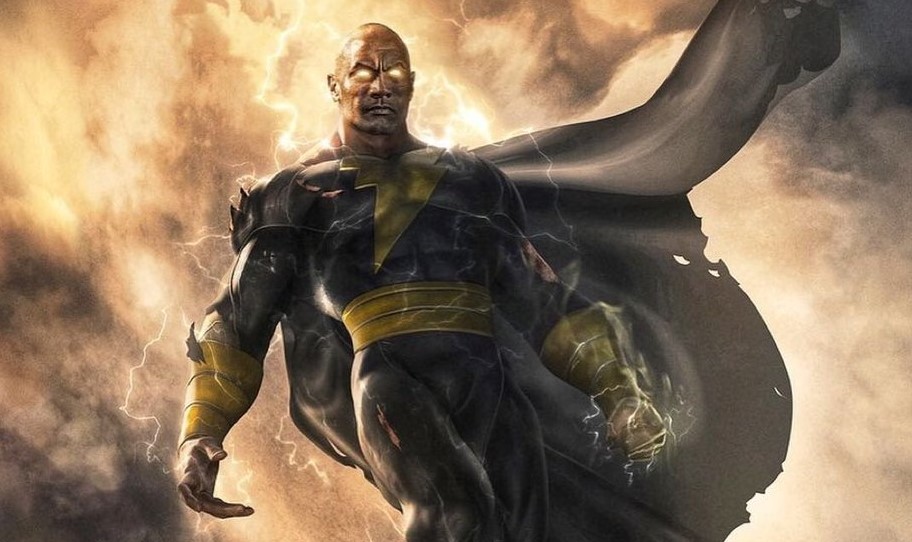 What is probably worrisome for Dwayne Johnson if filming doesn’t take place at the specified times is that it could cause him to conflict with other projects he has, as The Rock is a super hot commodity in Hollywood.

Checking Johnson’s IMDb page reveals seven projects in the works, not including the Hobbs & Shaw sequel he also announced on the live stream, so that brings the total up to eight.

Regarding when everything will get back to normal surrounding the coronavirus is unknown, as President Trump extended the social distancing guidelines another 30 days until April 30.

Warner Bros. has also stopped filming on The Batman, The Matrix 4, The Flash TV series, Batwoman, Supergirl, and it’s thought filming on the Flashpoint movie might also be delayed.

How tall am I? How much do I weigh? And was I nervous when I first broke into Hollywood? 6’12. Kidding 6’4. 277lbs. And hell yes, I was nervous. In life, there are no guarantees and just because I was a popular pro wrestler – that meant nothing when it came to becoming a viable global box office draw. I made the tough decisions and the most important of all, was deciding I was done trying to be someone I’m not to conform to Hollywood. Instead, I decided to be my own man and Hollywood would eventually conform to me. And remember, just because something doesn’t exist doesn’t mean it can’t happen ~ it just means you haven’t created it yet. Thank you all for your questions. Keep ‘em coming. Stay healthy, disciplined and take care of one another. We’ll get thru this together and eventually, we’ll rise again. D

Whatever country I land in and whatever time it is, the first thing I need to do is find a gym and train. It resets my body clock, metabolism and clears my mind so I can then go to work the rest of the day. The sweat equity has a way of becoming my balance. Physically, yes. But more importantly, mentally. Give it a shot next time you travel somewhere. I guarantee it’ll be a difference maker for you and running your business. Life’s a mental game♟ And don’t forget to shower —- @jonbrandoncruz —