Aquaman 2 welcomes back Amber Heard as the actress has shared an image on her social media of a message from director James Wan and producer Rob Cowan.

Update: Heard also posted a workout video of herself. 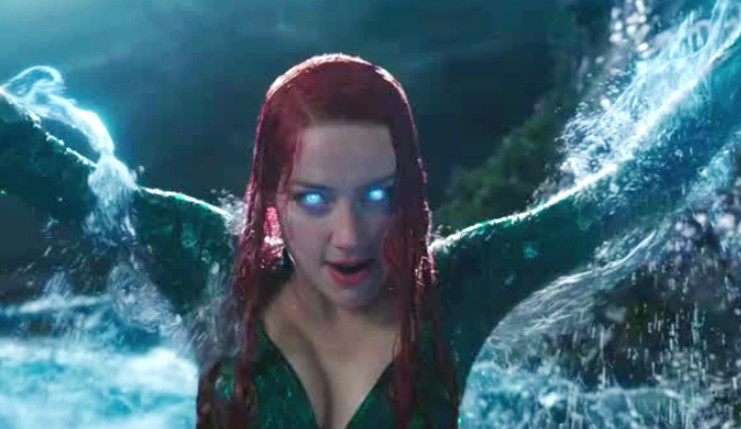 Amber Heard officially back for Aquaman 2

While there have been rumors that Amber Heard might have been removed from Aquaman 2 due to the Johnny Depp controversy, those rumors are obviously not true, but there is another rumor that offers Heard's Mera role will be drastically reduced with a new female actress and character taking the lead which some fans are speculating could be the DC Comics character, Dolphin.

However, as of now, Amber Heard is officially back for Aquaman 2, and it also happens to be rumored that Amber Heard is getting a Mera spinoff on HBO Max.

Director James Wan also recently confirmed the title for the sequel with "The Lost Kingdom," as pre-production is currently underway.

No plot details are known as of yet but a recent rumor offers a tidbit in that Patrick Wilson's Orm the Ocean Master will act in more of an anti-hero role than a villain this time around, something like a Tom Hiddleston's Loki to Chris Hemsworth's Thor in the MCU. It's also known that Jason Momoa had a hand in writing the script.

"I loved [Aquaman] so much that I, you know, participated in the writing of [the sequel], and so we did the first treatment and then James and our original writer David finished it off and, you know, all of our hearts are in it," Momoa filled in Drew Barrymore as he went on to say how good it felt to be "100% encouraged" by his director and co-writers, and how excited he was about being able to participate so much more intimately in the creation of the sequel.

Aquaman and the Lost Kingdom has a Dec. 16, 2022 release also starring Yahya Abdul-Mateen II as Black Manta, and Temuera Morrison as Tom Curry.

The first movie was released in 2018 and brought in almost $1.2 billion, which was the first and only DCEU movie to hit the billion-dollar mark.