With Jared Leto back for the Snyder Cut of the Justice League movie, director Zack Snyder seemingly confirms a fan theory about Joker, Batman, and Robin.

Recall how in Batman vs. Superman, Bruce Wayne was shown with the Robin suit which has “HaHa Jokes on you Batman” spray-painted on the costume (see below).

A fan posted a theory on the Vero app, which saw Zack Snyder “like it,” which offers that the Jared Leto Joker is responsible for brutally beating Robin to death and then setting Robin’s body on fire in Wayne Manor, which also caused Wayne Manor to burn down.

The fan also suggests that this would of course mean the Jared Leto Joker would then know the real identity of Batman, Bruce Wayne, but chose not to reveal Batman’s secret identity to the public because the Jared Leto Joker “doesn’t want his twisted back and forth relationship with Batsy to end,” which continued on into David Ayer’s Suicide Squad.

With Zack Snyder “liking” the fan theory and seemingly confirming it, it may also suggest that Jared Leto is being used for a flashback scene, possibly involving the death of Robin in the Snyder Cut of the Justice League movie.

The Snyder Cut gets released in 2021 on HBO Max with Zack Snyder recently filming reshoots also involving Joe Manganiello, Amber Heard, Ray Fisher, and more. Rumors offer if the Snyder Cut is a big success that it could lead to various spinoffs for the characters including a Ben Affleck Batman HBO Max series, possibly the planned solo Joke Manganiello Deathstroke movie (maybe as a series as well), more from the Leto Joker, and maybe even the Ayer Cut of Suicide Squad.

Update: Back in 2017 on Instagram, specialty costume manufacturer Douglas J. Stewart revealed the following details about Robin, so the fan theory might not actually be a theory, at least parts of it:

A bit of detail on Robin’s gauntlet. He was brutally murdered and then set ablaze by the Joker. The story had to be told in the salvaged costume on display inside the Batcave.
Aging and specialty distressing needs to tell these unscripted tales that support the main framework of the film.
Here we had to create a Robin Suit in a matter of days. Using what we had and then figure out how to modify it all as well as building the support interior. It was a lot of fun. 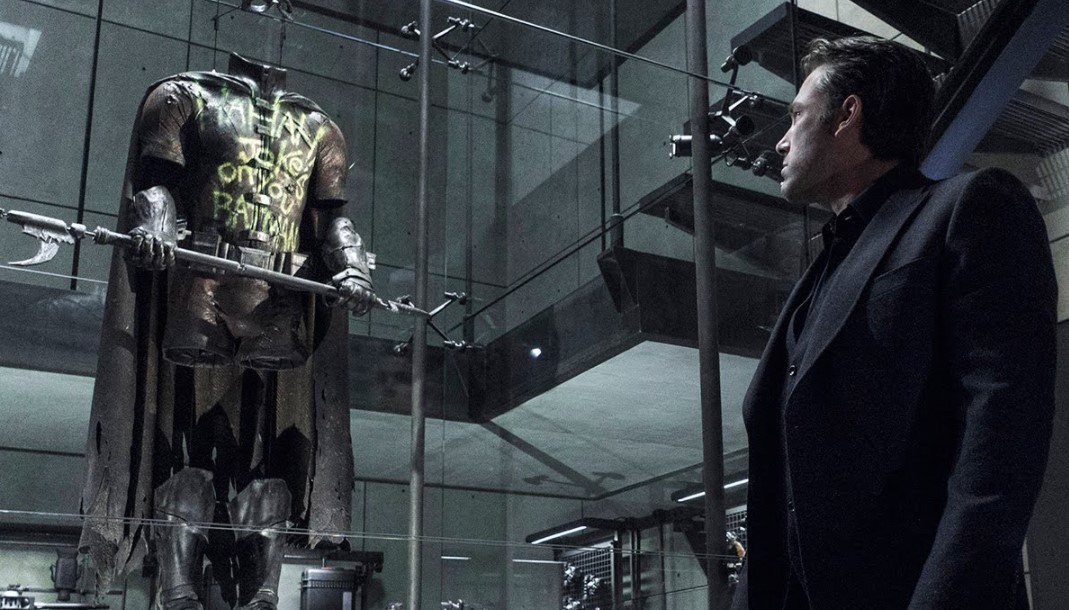