A wild batch of rumors offer the J.J. Abrams Man of Steel will be a shadow of his former self, will be anti-government and a champion of the oppressed with little powers.

With it recently said Ta-Nehisi Coates has turned in a draft of his and J.J. Abrams' Superman script, new rumors offer details including the Man of Steel is heavily nerfed, a champion of the oppressed, and anti-government, with the movie featuring parallels to racism.

Obviously, take these rumors with a grain of salt, and it's also been said Coates' script is not specifically about a Black Superman and even that it leaves the door open for Henry Cavill to return, but I highly doubt that is the case unless something happened to change things, which could be because of the recent Warner Bros. Discovery merger (where I pointed out Discovery cleaned house and fired Abrams and his producer wife's feminist choice for the new WB CEO, Ann Sarnoff), so we'll have to see what happens. Bear in mind, Abrams is also going with a woke Constantine and Green Lantern for HBO Max.

It's also said this Superman movie is no longer a period piece, as this version of Superman is basically said to be replacing the Christopher Reeve version, and I'll also add this flick sounds a bit similar to the Grant Morrison Action Comics run during the New 52, which I thought was simply awful. In addition, it also reminds me of the JMS Superman run, another complete disaster, and this is all from the same company who recently changed Superman to woke by making him gay and they also got rid of "Truth, Justice, and the American Way."

The info below also sees an Asian Lois Lane, but Jimmy Olsen remains a redhead, but I'm betting he'll be gay in the movie. 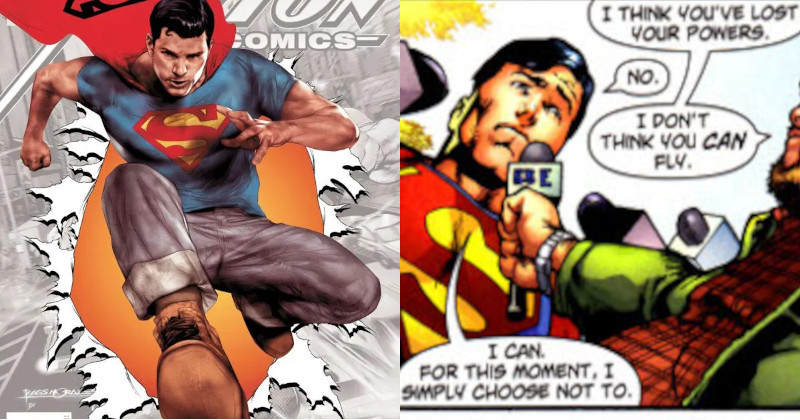 1. while the project was originally intended to be a period piece, the final draft submitted by Coates recently is not a period piece

2. It's not about a black superman being a victim of racism, rather it uses Superman's alien heritage as a parallel to racism. They are, however going through with colorblind casting.

3. Superman is heavily nerfed, being taken back to his golden age roots. He can no longer fly, but he can instead "leap tall buildings in a single bound", He also lacks heat vision, frost breath and x-ray vision. He's also described as moving at Mach 7

4. They do have descriptions of the characters in the script which gives away their races. Lois Lane is written with an Asian Actress in mind Perry White is written as an African American man and Jimmy Olsen is described as a freckled redhead (no racebending with Jimmy)

5. The Film is currently utilizing The golden age version of The Ultra-Humanite as the main antagonist although this may change. At no point in the story does he use the Albino Gorilla body.

6. The script is rather long, clocking in at 165 pages. This may be due to the fact that the film is being written as an awards contender rather than a regular Superhero film. It portrays Superman as a champion of the opressed. The government hates him but the people love him.

That's all I know for now. I'll make sure to return when I have more info

Again, take the above rumors with a grain of salt, and it's also claimed these rumors are "nonsense," but that could be to cover this leak.