Sunday on Twitter saw the former Green Arrow post an image from the new trailer for The Batman of Robert Pattinson which currently has over twenty thousand “likes” and over 1.6k retweets.

“If you wanna launch a DC Franchise that has some legs, the smokey eye look is a good jumping off point,” Amell tweeted.

Of course, Stephen Amell is referring to his Arrow series that debuted on The CW network back in Oct. 2012 and aired for eight seasons that led to the creation of the Arrowverse and shows such as The Flash, Supergirl, Legends of Tomorrow, Black Lightning, and Batwoman.

Amell’s character, Oliver Queen, often sported a similar look to Pattinson’s Batman, which fans note in the tweets found below.

True!! Many of us thought of Arrow when we saw Batman with smokey eyes pic.twitter.com/Xcm2MGCvmb

I guess it works –✨ pic.twitter.com/RlCqkd6yDo

Another fan also posted video of Stephen Amell, with Amell offering that “for the rest of time, I am just going to remind everyone, that Edward Cullen is currently preparing to play Bruce Wayne.”

Felt appropriate to bring this back… pic.twitter.com/9FXilIk8Yt 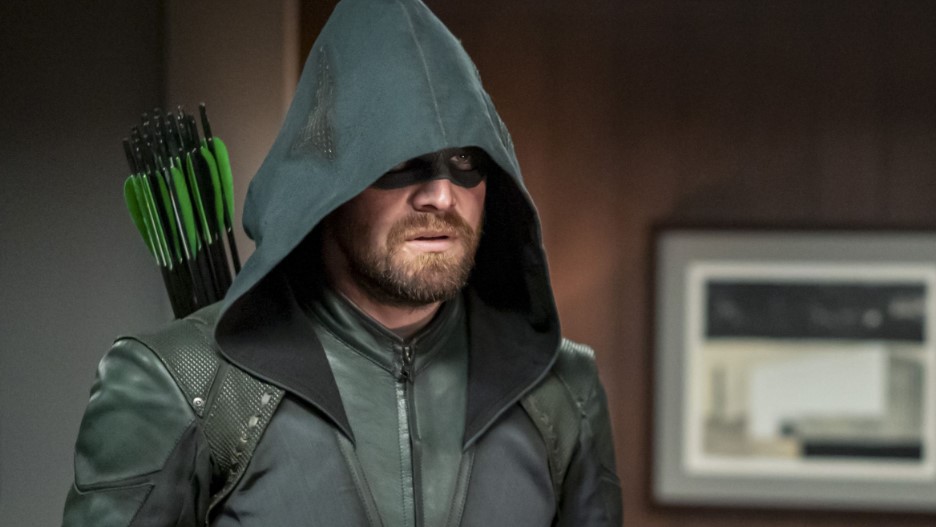 Stephen Amell next starring in Heels on Starz

Arrow recently came to its conclusion following the Crisis On Infinite Earths crossover with a ten-episode Season 8 that aired on Jan. 28, 2020.

The Batman gets released Oct. 1, 2021 directed by Matt Reeves.

Here is a high-res shot of that Robert Pattinson Batman image: