Following Arrow, Stephen Amell’s next project is announced as the Green Arrow actor has signed on for the wrestling drama, Heels, at Starz.

Heels doesn’t reference the part of the foot, but is a wrestling term for being a bad guy or villain.

Stephen Amell is no stranger to the wrestling scene having been a lifelong fan as well as wrestling for WWE and Ring of Honor, with All Elite Wrestling wanting the actor/wrestler as well.

Regarding the Heels show on Starz, it will be an eight-episode hourlong drama set in the outrageous world of independent professional wrestling written by Michael Waldron (Loki), with Mike O’Malley serving as showrunner. 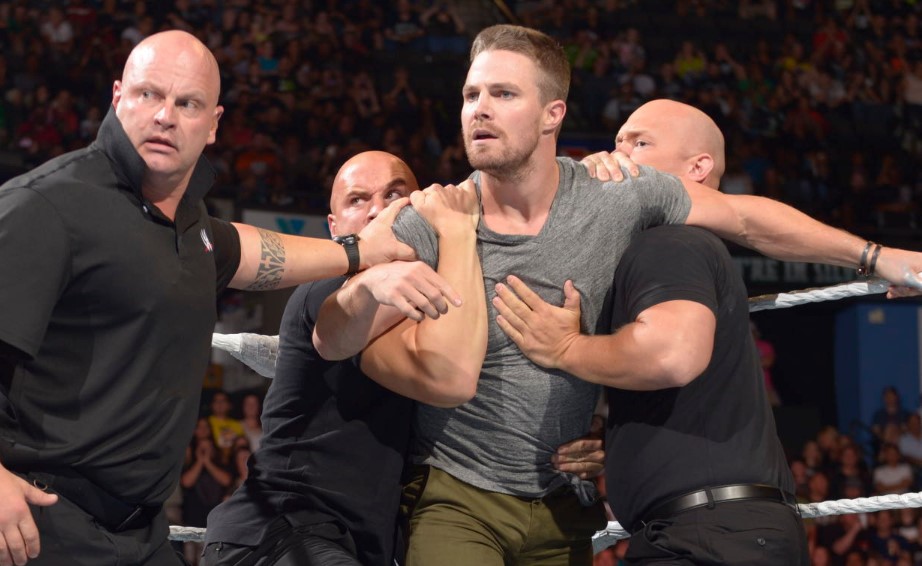 Heels is about the men and women who chase their dreams in the world of small town pro wrestling. Set in a close-knit Georgia community, it follows a family-owned wrestling promotion as two brothers and rivals — one of them played by Amell — war over their late father’s legacy. In the ring, somebody must play the good guy and somebody must play their nemesis, the heel (Amell). But in the real world, those characters can be hard to live up to — or hard to leave behind.

In the ring, Amell’s Jack Spade is the charismatic villain, or heel, of the Duffy Wrestling Association. In the real world, he’s its hard-working owner, a husband and father trying to make ends meet while fighting to realize his impossible dreams. He has the mind of an artist in the body of a warrior and a Steve Jobs-ian need for perfection — and for control. He says he’ll do whatever it takes to build the DWA into an empire. Will he go so far as to risk his marriage or his relationship with his brother?

Following the announcement, Stephen Amell tweeted wrestler Cody Rhodes, who Amell wrestled in various matches and appeared in episodes of Arrow, “Wanna come and help me make a tv show?” Rhodes responded with an enthusiastic, “Congratulations! …and yea, of course.”

…and yea, of course https://t.co/TD8LISCYww

Stephen Amell is currently filming his last season of Arrow for The CW.