It’s claimed that Patty Jenkins’ Star Wars: Rogue Squadron movie may be pushed back and that instead, an Old Republic film will take its release date.

The rumor first came about when Twitter user Big Screen Leaks tweeted a new Star Wars movie is planning to film next year and it’s not the Patty Jenkin Rogue Squadron film, the Taika Waititi movie, or even the Star Wars film that Kevin Feige is involved with: 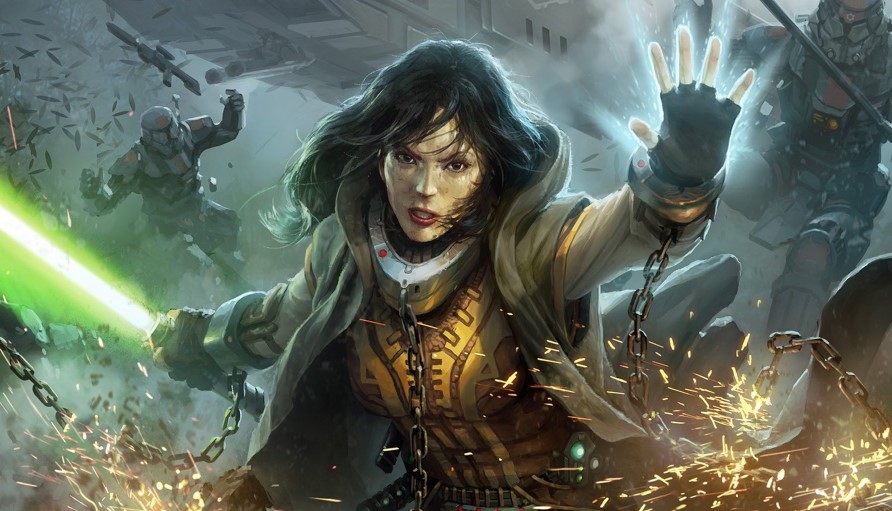 StarWarsNewsNet then did some digging of their own and claims the Star Wars movie to go into production next year is an Old Republic film which was first mentioned a couple of years ago with Laeta Kalogridis (Shutter Island, Alita Battle Angel, Altered Carbon Season 1) as the writer.

It’s also said that Lucasfilm is taking their time with Rogue Squadron and that they want to get the screenplay just right before filming begins, where it’s said the recent version of the script recently received a major rewrite.

Also interestingly enough and as pointed out, Disney and Lucasfilm are remaking the Knights of the Old Republic video game, so maybe it has to do with a movie coming out.

In Star Wars lore, The Old Republic takes place approximately 3000 years before the events of the original movie trilogy.

1. It’s own story, not really adaptation
2. Been kicking around for a while now
3. Not the only thing in the world for this era

Update #2: It is reported Rogue Squadron has been shelved indefinitely.