Star Wars George Lucas cut leaks for Skywalker offer the movie would have featured epic scenes that would have brought new hope to the franchise and its fans.

Back in November, prior to the release of Star Wars: The Rise of Skywalker, it was reported three cuts exist for the movie: A J.J. Abrams and Kathleen Kennedy cut, a Disney CEO Bob Iger cut, and a George Lucas cut.

Reportedly, the George Lucas cut scored the highest in test screenings (88), but Kathleen Kennedy decided not to go with that version, and what was released was another disappointing Star Wars movie from Disney.

Now details on the “Lucas Cut” of Star Wars: The Rise of Skywalker become known, and while we can guess George couldn’t save the movie entirely, as he could only work with the footage Abrams shot, Lucas did incorporate at least a couple of scenes that would have gone a long way in making things right with the fans. See the descriptions below.

After all, it’s the fans that are coughing up their money and time to support the Disney Star Wars franchise, which according to rumor, is what has caused all the Star Wars leaks as of late.

It’s rumored bigtime investors at Disney are not happy at all with how Kathleen Kennedy has handled Star Wars. While the rumors haven’t been confirmed, all one has to do is read Disney’s stock and investor reports since The Last Jedi was released to follow the money trail, as revenue surrounding Star Wars has been in a decline — particularly with merchandise sales where the big money comes from. Disney even changed up how they reported their merchandise sales in its investor reports as they combined its failing Consumer Products division with its Parks division to hide Star Wars losses. Says it all, right? 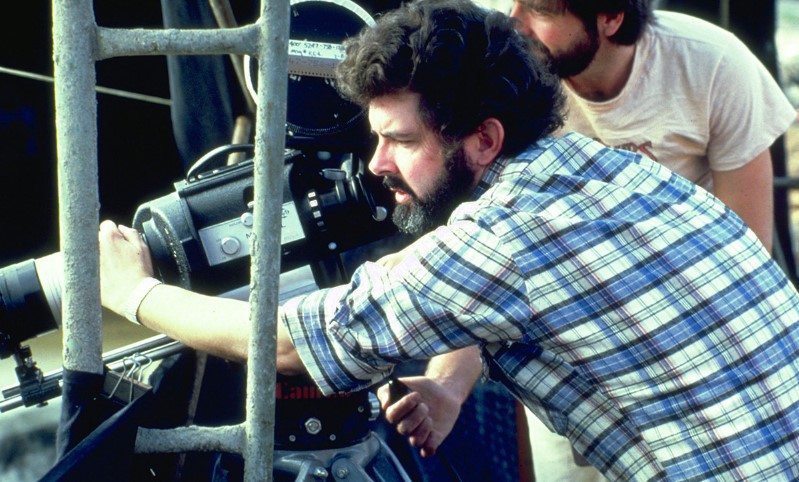 Doomcock reveals that the Lucas Cut of Star Wars: The Rise of Skywalker is about 40% different than the theatrical release with about 50 minutes that are revised or replaced.

“I have details of two scenes that were in the Lucas Cut but not in the theatrical release and one of them will likely break your heart,” says Doomcock. 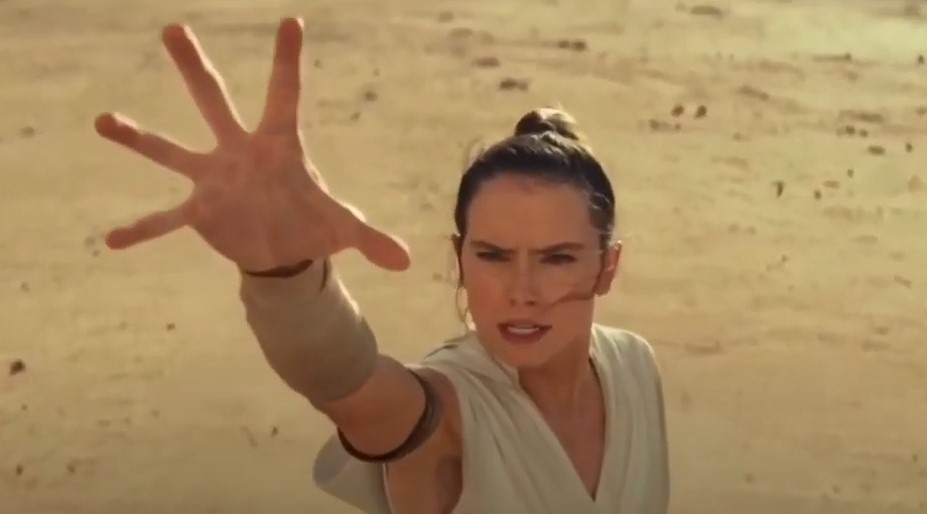 Doomock continues: “The first scene occurs after Rey thinks she has killed Chewbacca in a struggle with Kylo Ren.”

Rey is alone on the Falcon struggling with feelings of shame as anger threatens to lead her to the Dark Side, and she asks out loud, ‘Why is this so hard?’

Suddenly, even though she is alone, she hears the reply, ‘Life is a struggle but in the struggle we become better.’

Rey looks up and sees Anakin Skywalker standing right beside her. He is a Force Ghost.

“My source was personally shown a screenshot of Anakin and Rey together on the Falcon,” says Doomcock.

In this scene, Akakin reveals to Ray how the Emperor survived in Return of the Jedi and reveals information regarding the Veil of The Force and the Emperor’s Sith mirrors that allows him to access the Veil’s powers.

Recall Doomcock previously revealed that as part of Disney resetting Star Wars and wanting to erase the Sequel Trilogy, Disney is thinking of using the Veil of The Force, a concept first introduced in the Star Wars Rebels animated series, to effectively lock the Sequel Trilogy in its own universe as part of a Star Wars Multiverse.

So we see George Lucas wanted to use the concept in Skywalker as well introducing it to the larger audience, which we can guess would have lead to the reset, something, of course, Kathleen Kennedy would be dead set against, as it would nullify her three movies, so that could be why she decided not to go with the Lucas Cut of Skywalker. 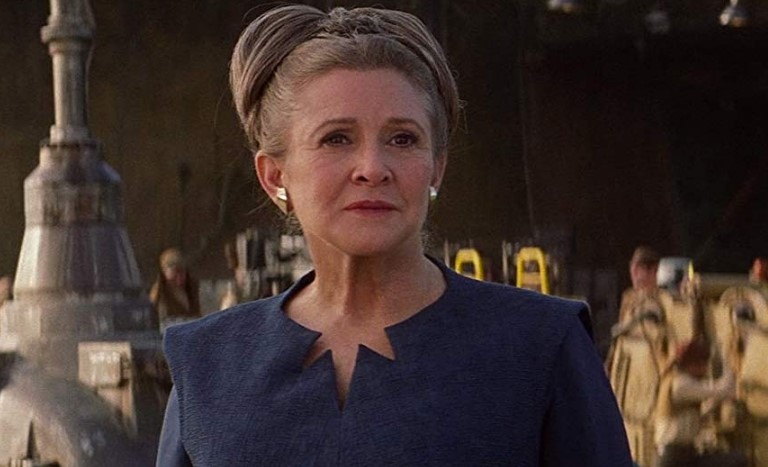 Doomock goes over details for another scene from the Lucas Cut of Star Wars: The Rise of Skywalker, which is a scene that should have been included by J.J. Abrams in The Force Awakens. It’s a scene that everyone wanted to see and something of a no-brainer. It should also be said, it’s obvious Kathleen Kennedy and Abrams never had the intention of including the scene in their Disney Star Wars movies in the first place, as it wasn’t the fault of the death of Carrie Fisher that caused the scene not to happen, but Abrams and Kennedy intentionally chose not to do the scene, as they killed off Harrison Ford’s Han Solo in The Force Awakens. Something unforgivable.

Yes, the scene involves the reunion of Leia, Han, and Luke.

“This next bit is going to make you mad,” explains Doomock. “The second scene that was revealed to my source happened when Kylo Ren got the vision of Han Solo sent by Leia to try and steer him away from the Dark Side.”

In the Lucas Cut, when Kylo speaks to Han, he is joined by Leia, who Force projects herself into the scene.

The two of them are joined by none other than Luke Skywalker.

This is what ultimately kills Leia: Force projecting herself and Han to try and save their son.

“The result of this scene is finally, at the end, fans would have seen Han, Luke, and Leia reunited one last time, and this is what Kathleen Kennedy took away from us, if true,” reveals Doomcock. “I can tell you that my source personally saw another screenshot of this scene, a photo of Leia on the left, Han in the center, and Luke on the right.”

So again, Kathleen Kennedy chose not to go with these scenes, as essentially what they reveal is that she made the wrong choices about what direction she went with regarding her Star Wars movies.

The potential good news is that George Lucas is rumored to return to Disney Star Wars in some form which will also involve Jon Favreau and Dave Filoni, possibly as an adviser or even the new head of LucasFilm.

There may be hope, yet. 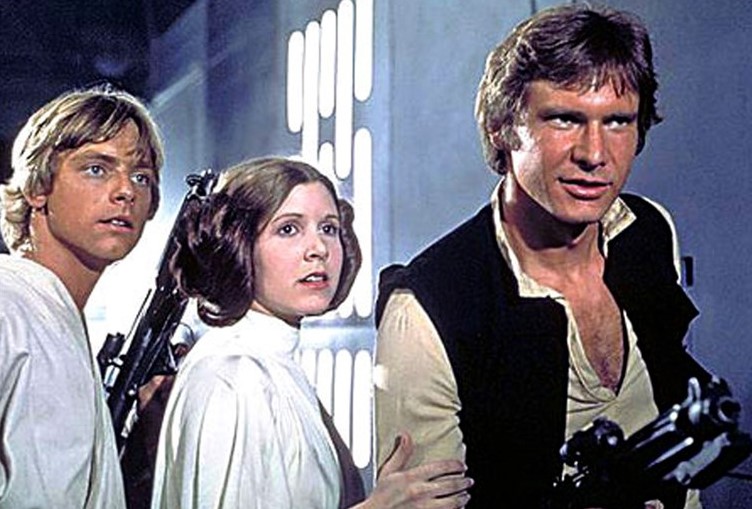