Star Wars: 'The Book Of Boba Fett' Trailer Is Here

Lucasfilm has released the trailer and poster for The Book of Boba Fett series coming to the Disney Plus streaming service, which stars Temuera Morrison, and Ming-Na Wen from Marvel's Agents of SHIELD.

"Every galaxy has an underworld. Experience the new trailer for The Book of Boba Fett. The Original Series starts streaming December 29 on Disney+," states the video description.

The Book of Boba Fett, a thrilling Star Wars adventure teased in a surprise end-credit sequence following the Season 2 finale of The Mandalorian, finds legendary bounty hunter Boba Fett and mercenary Fennec Shand navigating the galaxy’s underworld when they return to the sands of Tatooine to stake their claim on the territory once ruled by Jabba the Hutt and his crime syndicate.

StarWars.com points out the trailer features the return to Jabba’s palace, "but it quickly becomes clear that things have changed since the days when the slimy crime boss was collecting carbonite scoundrels as wall décor and sending anyone who crossed him into the pit with his pet rancor."

The site adds: "Boba and Fennec are outnumbered, but that doesn’t mean the two scrappy survivors are outmatched. Not by a long shot. Just one look at Temuera Morrison’s wide-eyed rage and you know whoever picked that fight with Boba is in trouble now."

The score is also mentioned: "Building on the music that reintroduced the bounty hunter in The Mandalorian, the stringed composition playing throughout the trailer is gritty with a sense of urgency."

The Book of Boba Fett poster: 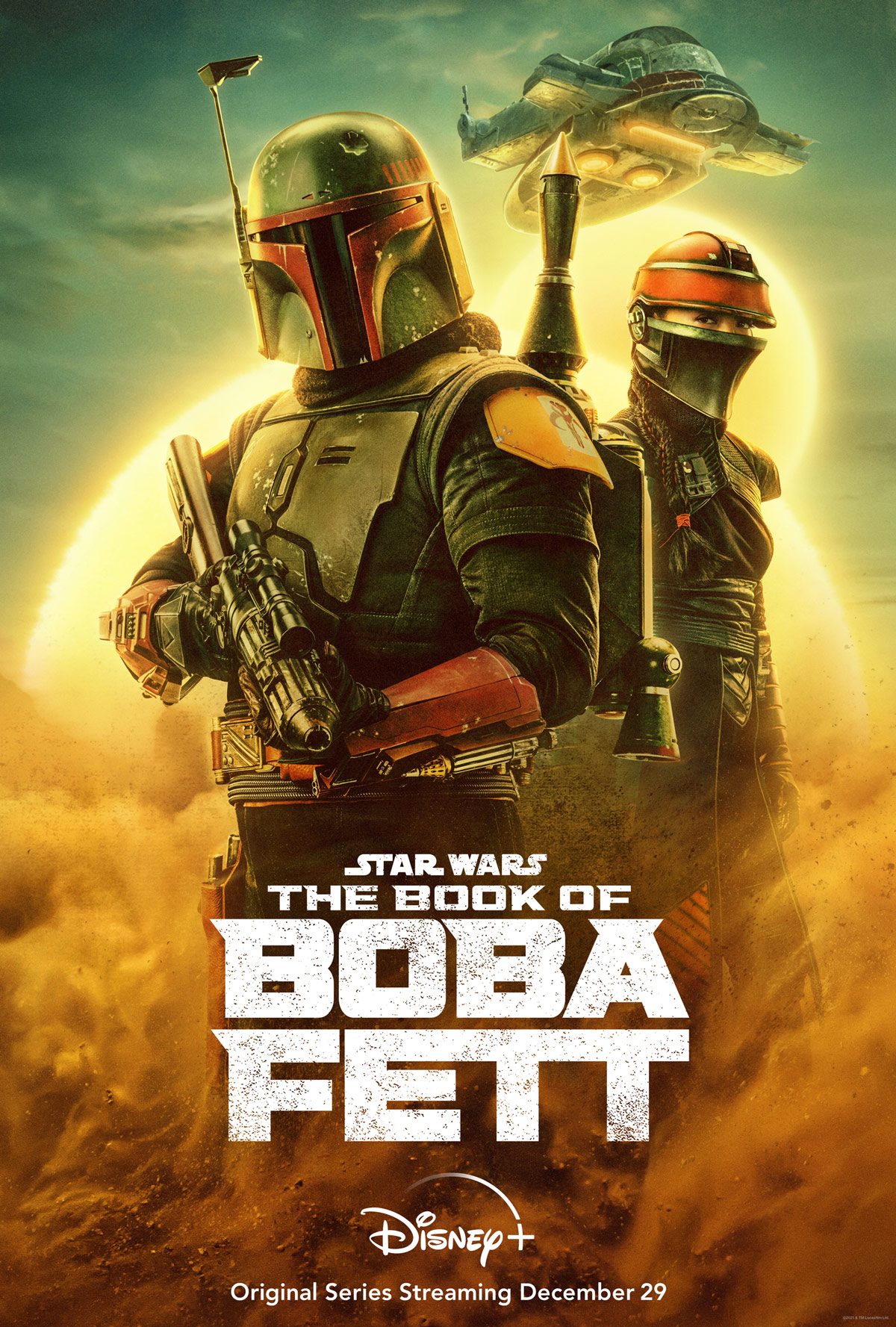