Tom Holland and Jimmy Kimmel have some fun as a “deleted” scene from Spider-Man: Far From Home shows Peter Parker getting his costume dry cleaned where a crossover with Daredevil is teased in addition to the Spidey villain, Doc Ock.

“What about the holes?” Kimmel’s character asks. “They almost look like, as if some kind of mechanical octopus arm had taken a chunk out of the fabric.”

Holland then inquires where his mask is, with Kimmel grabbing Daredevil’s mask.

Watch more below which includes additional surprising, and watch until the end! 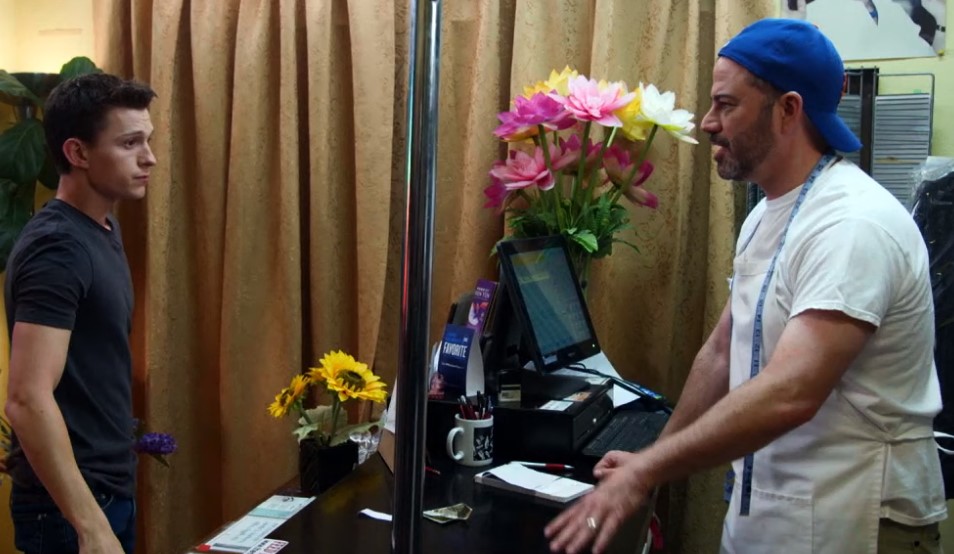 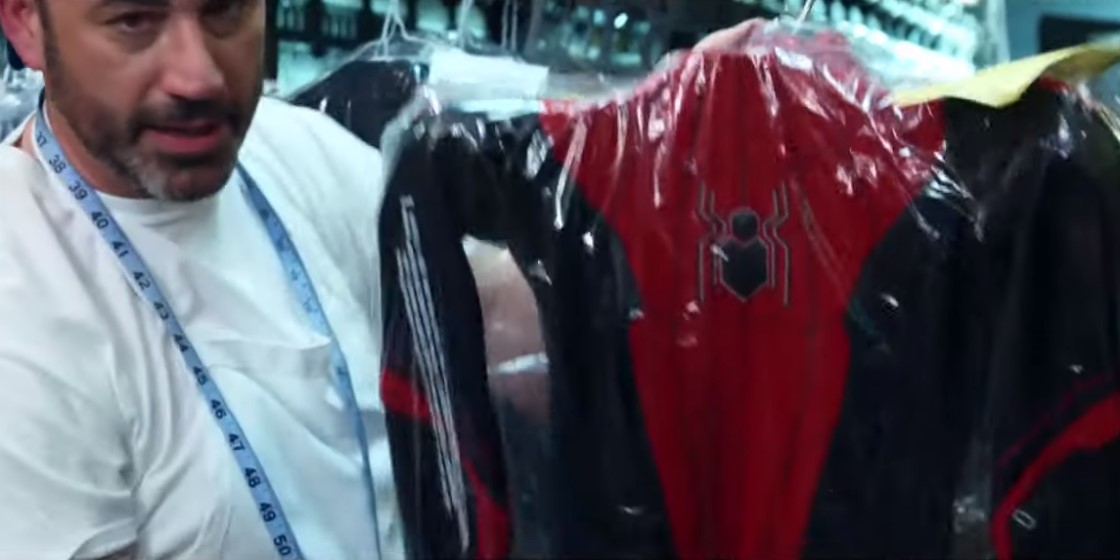