Sony continues to move forward with its Spider-Man spinoff universe as Dakota Johnson has been cast as Madame Web in the movie of the same name.

In the comics, Madame Web is a mutant who has precog powers and has been an ally of Spider-Man and is also involved with the various Spider-Woman-related characters and Multiverse storylines.

It’s unknown if the Sony Spider-Man universe will specifically address Madame Web as a mutant, but it seems as if the mutants are coming to the Marvel Cinematic Universe via the Eternals movie, as a new comic book event hints at the mutants MCU’s origins.

Dakota Johnson is known for the Fifty Shades of Grey franchise, and a number of smaller films including Netflix’s The Lost Daughter.

The Madame Web script comes from the duo behind the upcoming Jared Leto Morbius movie, Matt Sazama and Burk Sharpless.

The flick also follows the massive success of Sony’s Spider-Man: No Way Home, which has made over $1.7 billion at the box office, the two Tom Hady Venom movies, and in addition to Morbius, Sony has the Aaron Taylor-Johnson Kraven the Hunter movie in the works. 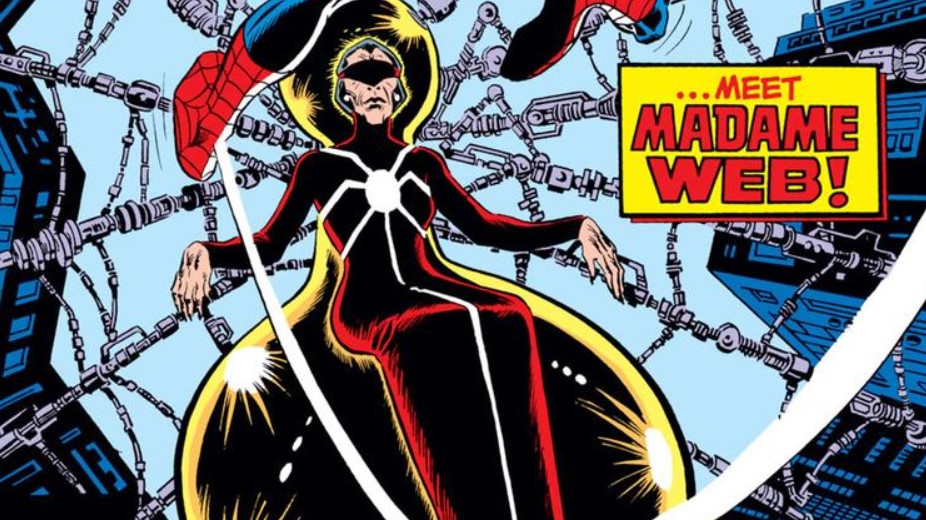 Though Cassandra Webb suffered from a lifetime of blindness and many years of neurological deterioration due to myasthenia gravis, she compensated with her profound psychic abilities, establishing herself as a medium. Using these powers, Madame Web discovered Peter Parker’s secret identity when Spider-Man rescued one of her students who had been kidnapped during a scam at the Daily Globe newspaper. Later, Madame Web helped Spider-Man prevent an assassination attempt against a political candidate. When Black Tom Cassidy sent the Juggernaut to kidnap Web so he could use her powers for his criminal activities, she foresaw the attack and called Spider-Man for help. He was unable to stop the Juggernaut, who left Madame Web in a state of severe shock after he unknowingly removed her from her chair, which provided her vital life functions.

After being in a coma and suffering short-term memory loss, she appeared to temporarily forget Spider-Man’s identity. She again contacted him for help since, through her power of precognition, she had witnessed her own impending death. Believing that joining Norman Osborn in an arcane ritual called the Gathering of the Five would save her life, she asked Spider-Man to retrieve one of the five required artifact fragments. Each of the five participants would receive either knowledge, power, immortality, insanity, or death. Spider-Man succeeded, and in the course of the ceremony, Madame Web apparently received death. Actually, she received immortality, and found herself much younger and healthier.

Soon after, Doctor Octopus created a Spider-Woman using Cassandra’s granddaughter, Charlotte Witter, whose siphoning powers absorbed the abilities of each of the other female web-slingers (Jessica Drew, Julia Carpenter, and Martha “Mattie” Franklin). To capture Charlotte, Madame Web gathered the spider women into a team. Charlotte was defeated, but later siphoned Madame Web’s telepathy, re-aging her in the process. With the help of Spider-Man and Franklin, Madame Web determined how to drain Charlotte’s power, leaving Witter unconscious in a dormant state. Madame Web, now youthful again, performed psychic surgery to sever her link to Charlotte and removed Charlotte and Mattie’s memories of Spider-Man’s identity. Madame Web continued to assist Mattie during the rest of her time as Spider-Woman. The Spider-Women team eventually disbanded. Madame Web has since appeared elderly again, however she presumably has retained her immortality.