Creator of The Walking Dead and Invincible, Robert Kirkman, spills the beans on what it was like to work with Marvel Comics and for then-EIC Joe Quesada.

Kirkman spoke with the Comic Tropes YouTube Channel and explained that it wasn’t all hunky-dory, especially when it came to Quesada and an unnamed editor.

“Joe Quesada and I do not get along,” Kirkman said. “There were a lot of things that I got blamed for that didn’t really happen, and I would explain, ‘That’s not what I meant by that, what are you talking about?’ And then they’d get more mad at me.”

The Image Comics partner and founder of Skybound even says Marvel Comics wouldn’t let him promote his own books, while Marvel wouldn’t even bother promoting them because they found it pointless because it was a bottom of the barrel title, and that Kirkman trying to promote his own books “drove them nuts.”

“It got to the point where they wouldn’t promote some of my books. Because some of my books were lower-tier books, and there’s a marketing budget,” Kirkman said. “It only makes sense to market the books that are going to make revenue as opposed to the books that are not going to make a lot of revenue. And that’s the other thing: I was completely realistic about my stature — or lack thereof — at Marvel while I was there.”

That’s unreal. Think about it. Kirkman cares so much for his comics that he wants to promote them by doing interviews and such, but Quesada and Marvel say no? Wow.

“You want me to just do these books and not try to sell them? I don’t understand,” Kirkman said. “Look, the fact of the matter is, I was a self-publisher who had gone to work at Image, and Image is a very free environment. If you’ve done self-publishing, Image is the very best place to be because you’re capable of doing everything. So then I go to Marvel, I’m like, ‘I can do all this stuff, I’m willing to handle all this stuff, I’m willing to help out.’ And it just was not a good fit. They read that as arrogance. Like, ‘I’m better than them and I can do this.’ No, it’s just I care about the books, more than a lot of writers care about the books, I care about all aspects of the books.”

Kirkman also went over a crossover with the Ultimates involving Brian Michael Bendis and Mark Millar, which caused friction between him and Joe Quesada.

Kirkman continued with the mention that Quesada didn’t like that.

“And Joe Quesada writes me this email back that’s like, ‘Why don’t you worry about the story before you worry about your X-Men royalties? Who cares about where a book is collected and who’s getting the royalties from that story? Why don’t you just focus on the writing, what’s wrong with you?'” explained Kirkman. “And my response, I don’t think I said this, but my response was like, ‘I’m making nickel and dime from you a—holes. I’m making crazy money, at the time, from Invincible and Walking Dead, my collections are doing great. I’m working for nickels over here at Marvel and I get treated like crap and I get yelled at all the time for just trying to put an extra level of care in the books. So that’s really what it got down to: I think they resented the fact that I didn’t need them, and it was a constant problem.” 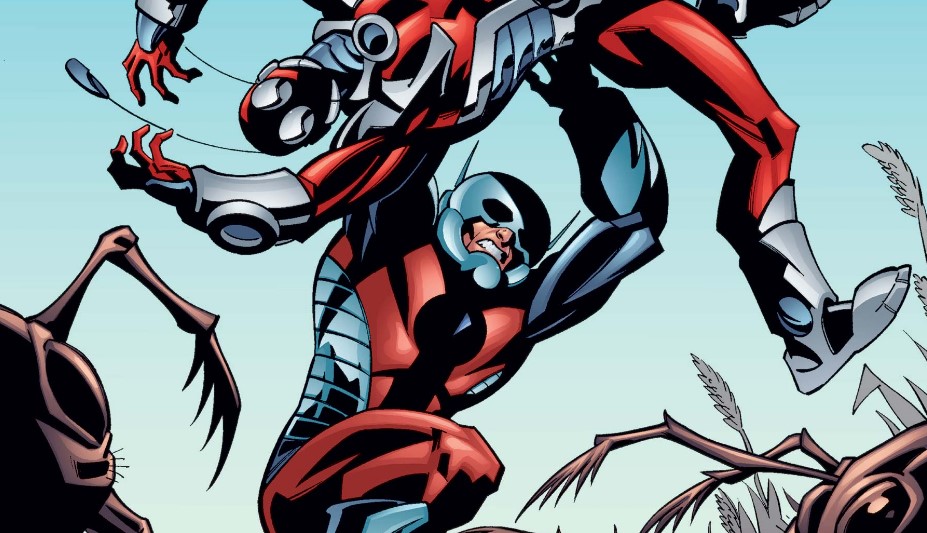 Kirkman also goes over how an editor at Marvel Comics that he started to work with made him do an outline prior to starting on a book. Kirkman says he was basically fine with it, as he felt he was a seasoned writer and didn’t need to do an outline, but he did it anyway. So the editor approved the outline, Kirkman wrote the 22-page story, but after he turned it in, the editor who approved the story in the first place, told him to change the villain. Kirkman said that would mean he would have to rewrite the entire script for free. The head honchos of Marvel Comics then called Kirkman about it, Kirkman explained the situation, they replied the editor didn’t fill them in on all those details, but Kirkman said he was then looked at as causing trouble with editors at Marvel Comics.

I’m not at all surprised by what Kirkman has to say as Quesada and company were the same clowns that removed Abnett and Lanning from Marvel Cosmic prior to the release of the Guardians of the Galaxy movie. Imagine working for a company where your reward for coming up with a multi-billion dollar franchise is to get fired and replaced and have years worth of titles and work thrown out. And then your work is taken over by the boss’ buddies.

What’s also interesting is that the head of Marvel Studios, Kevin Feige, got rid of Quesada’s cronies, the Marvel Comics Creative Committee that included Brian Bendis, from any involvement with the movies (and Bendis is now gone from Marvel and at DC). Feige has also done away with Marvel TV and Jeph Loeb, another buddy of Quesada. It’s also been said that Feige recently demoted Quesada at Marvel Comics. I’m guessing Quesada is still with Marvel Comics because guys like him and Tom Brevoort know the comic book business so well.

For what it’s worth, Robert Kirkman also said he has no problems with Tom Brevoort and liked working for him.

Speaking of a-holes, also back in the day when Axel Alonso came on board and nixed Marvel Cosmic, the Marvel Cosmic fans referred to them all as the “Aholes.” See below. Alonso has since been axed from Marvel Comics as well.

Robert Kirkman On Why He Was Angry with Marvel: